I am trying to follow an RPG tutorial. I used the code for the camera following from there, but in my case for some reason all sprites jitter every time the camera moves, and also when some NPCs move.

Maybe there's something new in GameMaker that I should be implementing, as the tutorial I'm following is 5 years old. I tried using round() as some solutions said it might help, but it didn't.

Here is my code for the camera following in obj_camera in its Create event:

Here is my code for the camera following in obj_camera in its Step event:

And in the Room's Viewports, I enabled the object following and set it to obj_camera:

And here are my settings for the graphics; I have 60 FPS: 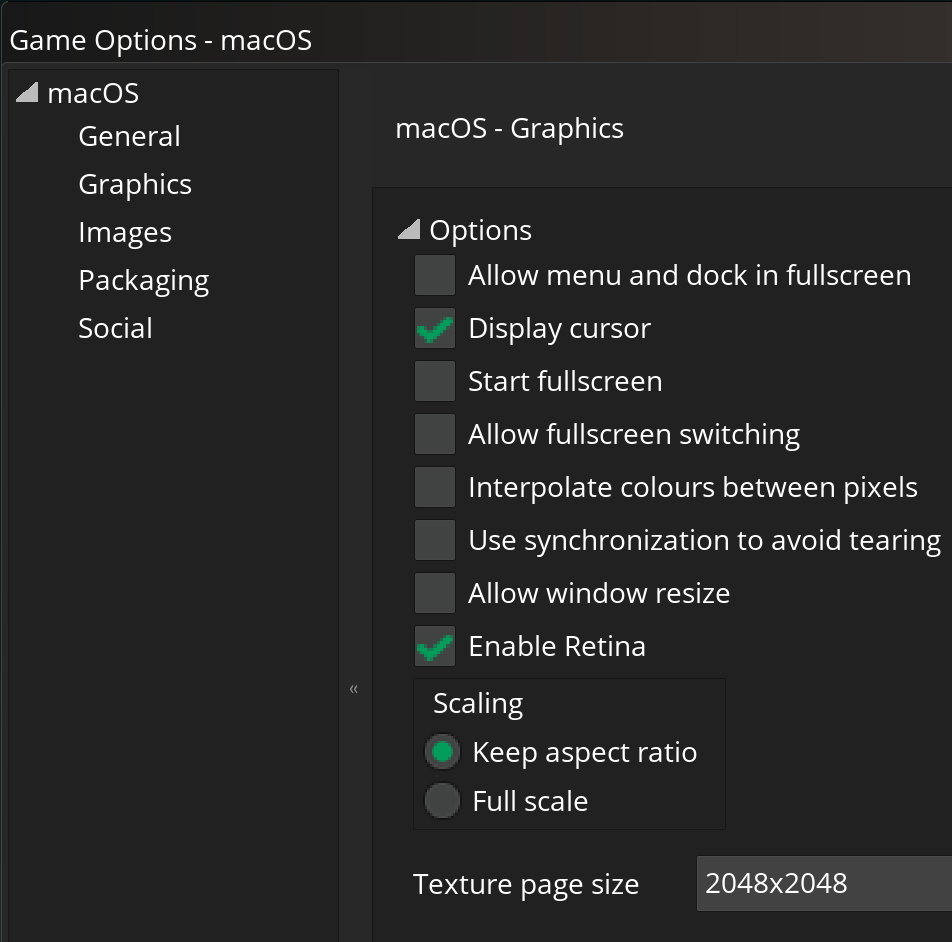 I know I should probably use another camera setup, but this one was shown in the tutorial by FriendlyCosmonaut and I just thought I might use it as it was working for her. Also, I use a Mac computer, maybe it has something to do with that.

I would really appreciate any help, thanks.

The subtle jitter movement of your camera could be due to different reasons:

5
Why do my game objects jitter when moving the camera?
2
How do game engines like Unity and Game Maker exports to other platforms?
1
Trouble With Physics Joints [Gamemaker]
0
Change sprite angle on sloping ground
0
Non-existent instance in Game Maker
0
Game Maker Studio 2: Why is my variable not being properly changed?
1
Game Over not appearing in third room (GameMaker Studio 2 Trial)
0
Uninitialized Variables with Deactivation of Objects in Game Maker Studio 2
0
Raycasting in GameMaker Studio 2 to implement hitscan weapons?