I have a NormalizedWidth AoT Dictionary with a Key of type String (basically, the alphabet)... and a Value of type Float. You can see it on the left side of this screenshot: 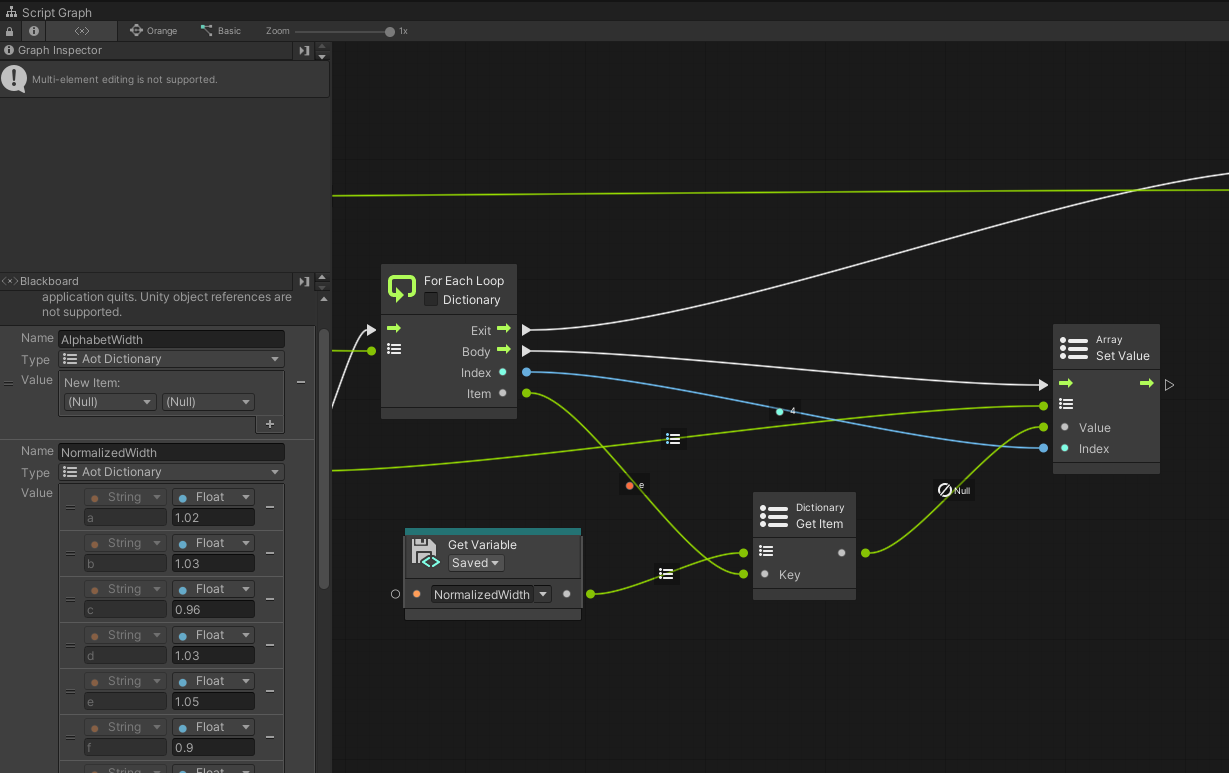 Here's what I'm doing: I have a string with five characters in a word. I'm splitting that string into a char array, and then looping through that array with a For Each Loop.

What I'd like to do is look up with the width of each of those characters, which is stored in a NormalizedWidth AoT Dictionary. Or at least I am trying to! I am currently using a Get Dictionary Item node to try and get values out of the. But as each character is sent into the node, the output is given as Null. (See picture above).

I must be making a mistake. The data appears to be there, but I am failing to access it. Should I be using a different node to get data out of the Dictionary... or is there another mistake I'm making? Thank you!

The method ToCharArray will generate a char[], in which each element is of type char instead of string, which is confusing because some nodes on the bolt interface are generic, which prevents the display of the types. You can convert the key to string type through the ToString method:

You can see the difference in their colors on the runtime bolt interface(which is very obscure):

What if I don't have an Object.ToString node? Visual Scripting allows you to define your own assemblies. You can decide which nodes are needed. This can save memory/search time/time of recompiling nodes.etc. For example, maybe your 2D project doesn't need the unity VR/AR modules, you can cancel them manually.

Maybe you deleted some assemblies manually causing the System assembly to be missing. And Object is in it. 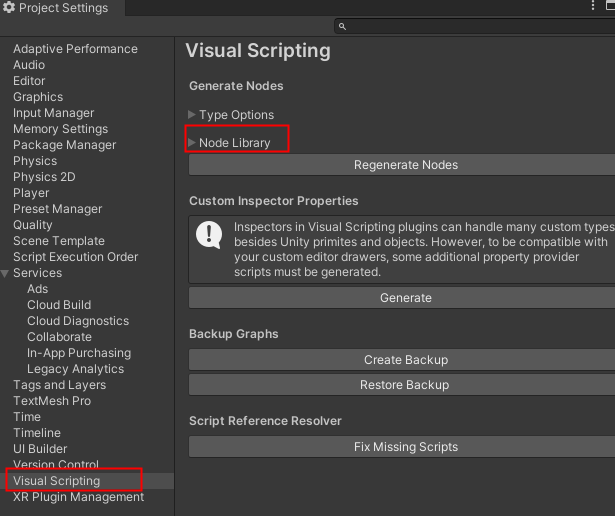 You can simply reset the configuration because the default configuration includes System (referenced by other assemblies). You can also manually click + to add System.

If it doesn't work still, try to reset the configuration of Type Options, and regenerate it again.

Finally, search for object.tostring in the script interface: 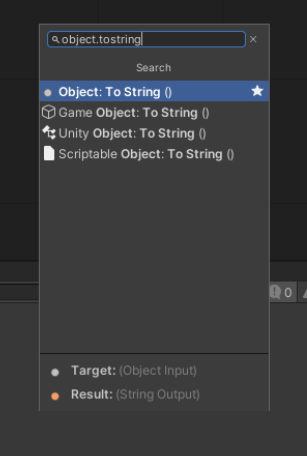 3
Why am I getting a mirrored mesh out of my data structure?
3
Managing data for large number of levels in Unity?
0
Unity 5.5 - Modify image of a button from an array of images via script - Logic Help
0
VBO interleaving dillema
0
Shooting weapons Unity
1
Why I keep getting null exception?
0
Approximately circular range of motion on a square tile grid