Rendering top down water on a 2D surface (OpenGL)

i'm looking for suggestions on how i could use shaders to create a water effect on the surface in the picture (below): 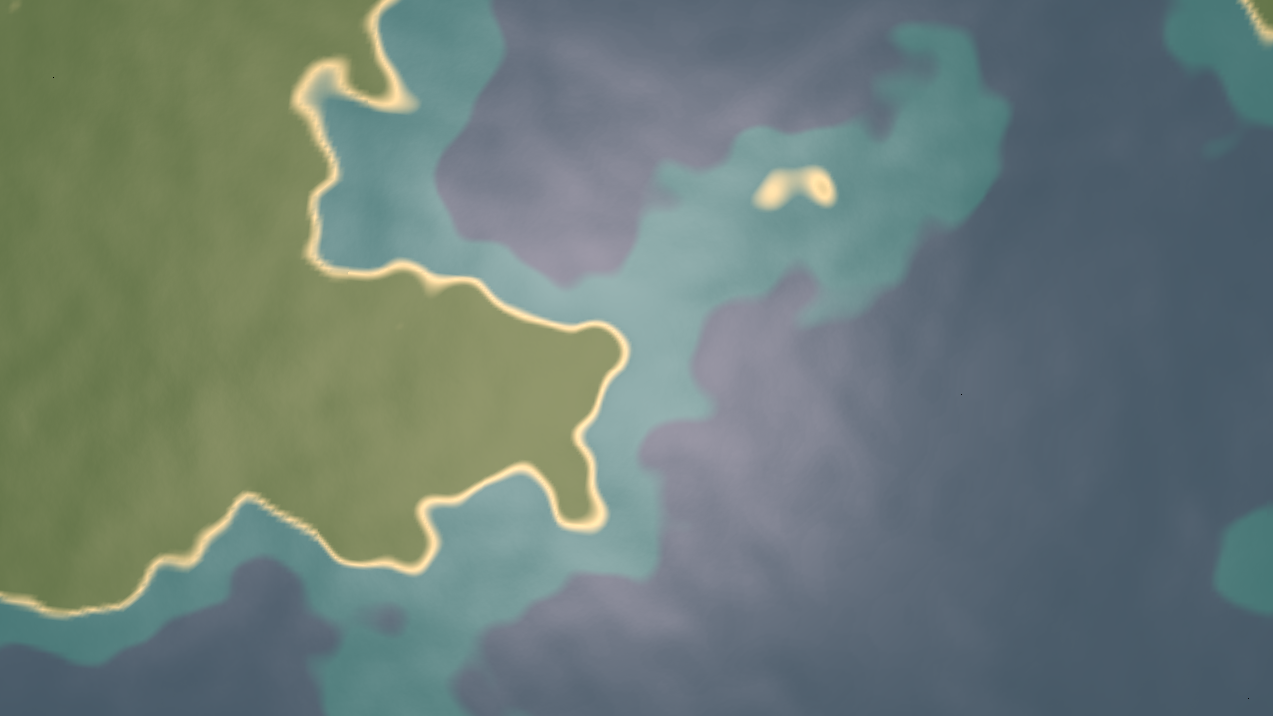 I am using noise to create heightmap and normalmap textures that is uploaded to GPU. I am the rendering a plane of vertices using Triangle strips. Each vertex then samples the those textures to get normals and Y-value (height). The Y value (0-1) is just used to sample a "palette" texture (with the color shown in the picture), the vertex Y value remains 0 across the entire terrain. So it has a 3D look but it's just a flat plane.

Now, if it were 3D i could render a quad at Y = 0 (water level), and use this to create a water effect like this tutorial: OpenGL Water Tutorial

But i am unsure how to do something simular in 2D. All vertices are mixed in the same mesh. Before i have used tiles. And then i could single out and render the "water-tiles" to an fbo and do some effects.

So does anyone have any suggestions on how to identify the water, and only do the effect on the "blue" and not the rest of the terrain? I'm not sure if the question is any good, but i can provide more details if needed.

(The picture shows below 0 terrain as blue, ideally it would be something like brown with a semi-transparent "water layer" on top of it)

Maybe i could render a quad and discard all the fragments above the water level or something like that?

EDIT After applying a shader: (The colors are not final, and i need to blend the shorelines. But a good start :)) 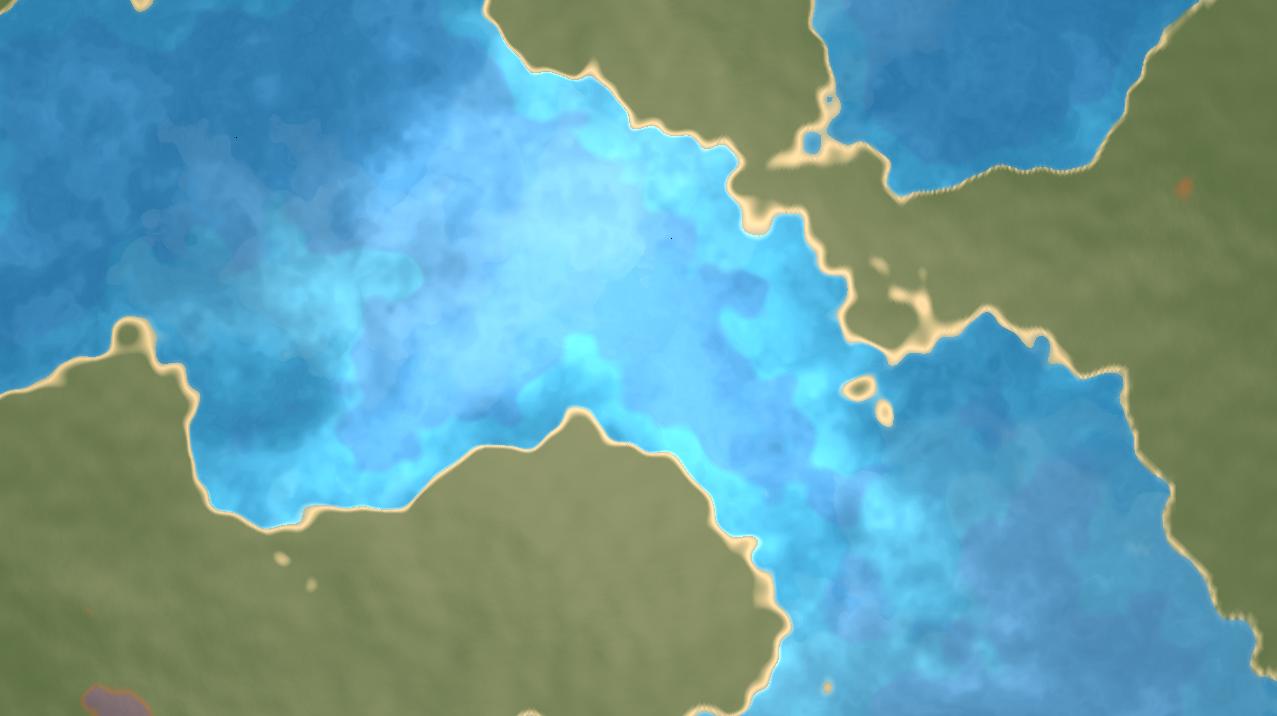 The solution to my problem was to pass the height value sampled from the heightmap texture in the vertex-shader, on to the fragment-shader. Then query that height per-fragment to see if it's below "water-level" or not. If it is then I do water-effect calculation on it.

It's kind of obvious when I think of it. But in my mind I had to do water calculations in a separate shader-program. :)

If you are here about HOW you could do the calculations. @DmGregory mentioned these past Q&A: here , here and here

2D can be implemented as 3D from a fixed view & projection, so you could still use the approach in the tutorial. If you like how the tutorial effect looks, I'd start with that.

The angle will be different than shown in the video, so you may need to tweak the parameters. With respect to that, keep in mind that it's your game and how it looks can take precedence over the 'simulation truth' (that is to say, things like where the light source is located, camera angle & so forth). Often times shadows in 2D games aren't realistic, but still provide useful visual cues about depth. You can do the same thing with your water effect - if it looks watery, it is doing its job.

24
How to animate abstract 2d top down water texture?
10
How do I render 2D top-down tiled, directed water flow?
1
How can I achieve this top-down water effect in Unity?