I have an Android game, and everything works perfectly in the Editor, but when I run it on my Android device, it crashes sometimes.

This is how it goes: I'll be playing my game, and randomly, or because of a reason that I don't know, the game will quickly drop in FPS, it starts to go slower and slower until it's frozen at 1 FPS. Changing scenes when it starts to slow down, is possible, but it ends up crashing anyway.

It's not a device issue since it has happened on multiple devices.

It's also not a scene-specific crash. It's happened on my menu scene, game scene, and level creator scene.

It happens very rarely, today it took me about an hour of playing until I could replicate this bug, it eventually happened, and this time I had the profiler attached: 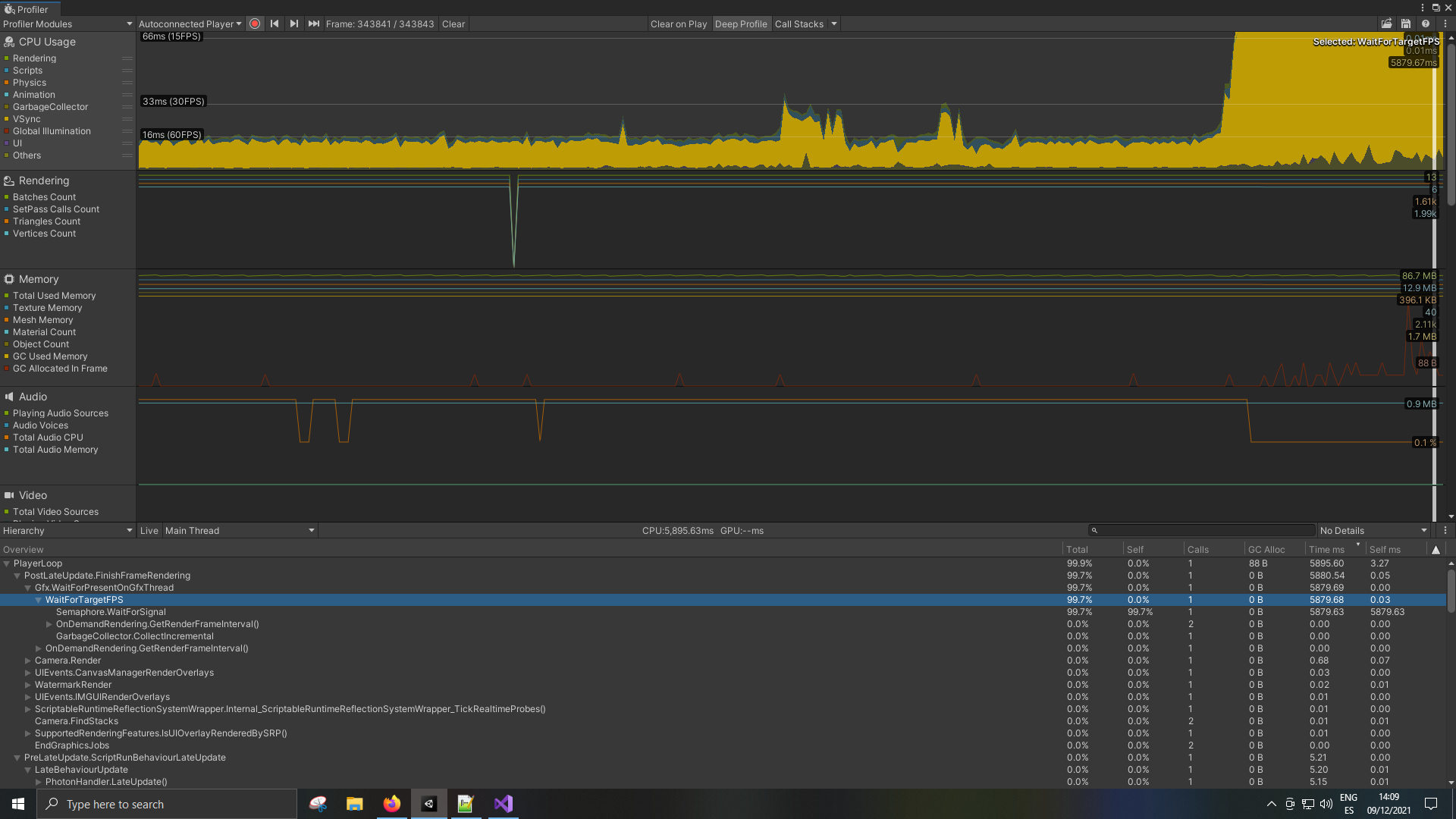 As you can see, VSync goes up to 5000+ms, the function causing the problem seems to be:

But I haven't found out exactly what this is or how to solve it.

Does anyone know how to fix this?

I'm going to try that and tell you if it worked, if you try it, please let me know if it fixed it for you.

Here is where I found this information:

Not the answer you're looking for? Browse other questions tagged unity android profiler .

0
Nullpointerexception when loading resources in openGL ES 2.0 Android project
1
Capping framerate independently of logic updates in single-threaded Android Gameloop
1
Random FPS drop with OpenGLES 2.0 on android, sudden white screen with Vulkan
0
low FPS when battery is low ( unity android )
10
What am I suppose to use instead of Unity Resources if I have to load and unload sprites at runtime?
5
Interpolating between positions unfeasible at 30 frames per second?