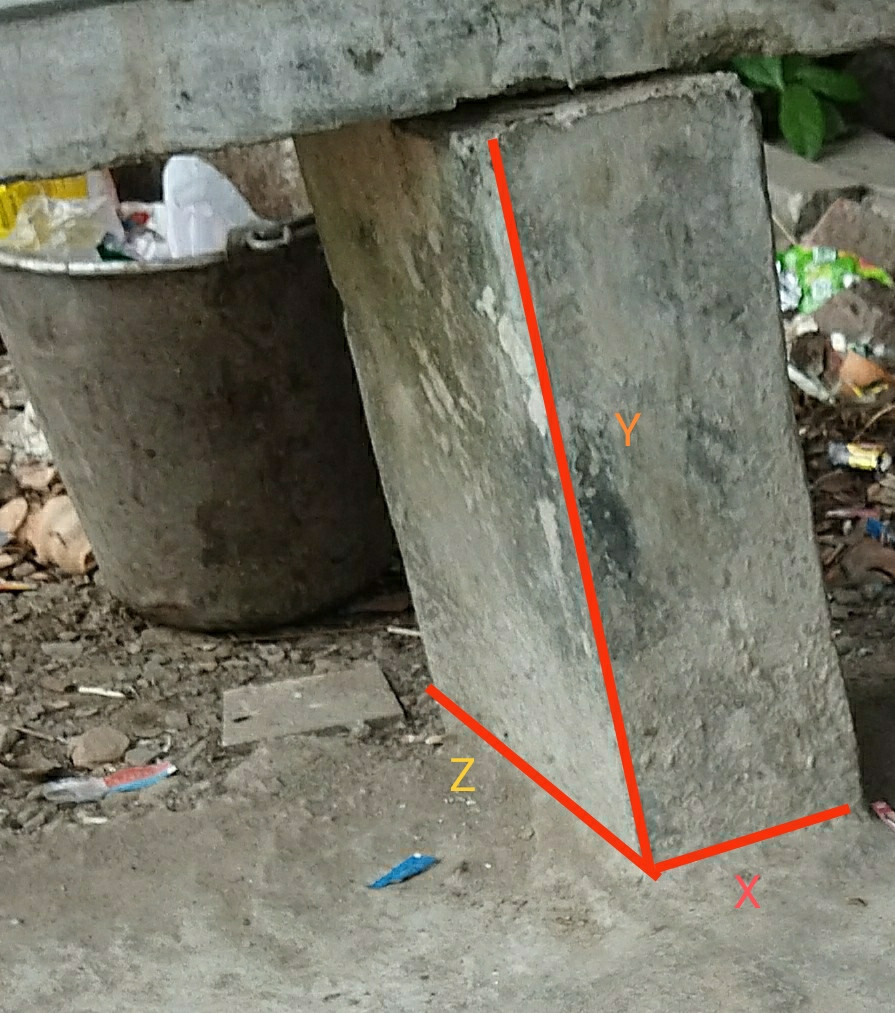 My question is how is it 2D image? I am confusing it may be 3D image.

The image posted is 2D in the sense that you cannot 'look behind' anything in the image based solely on the information presented.

Here's a 3d scene being projected onto a 2d plane (source: Wikipedia entry on 3d projection) 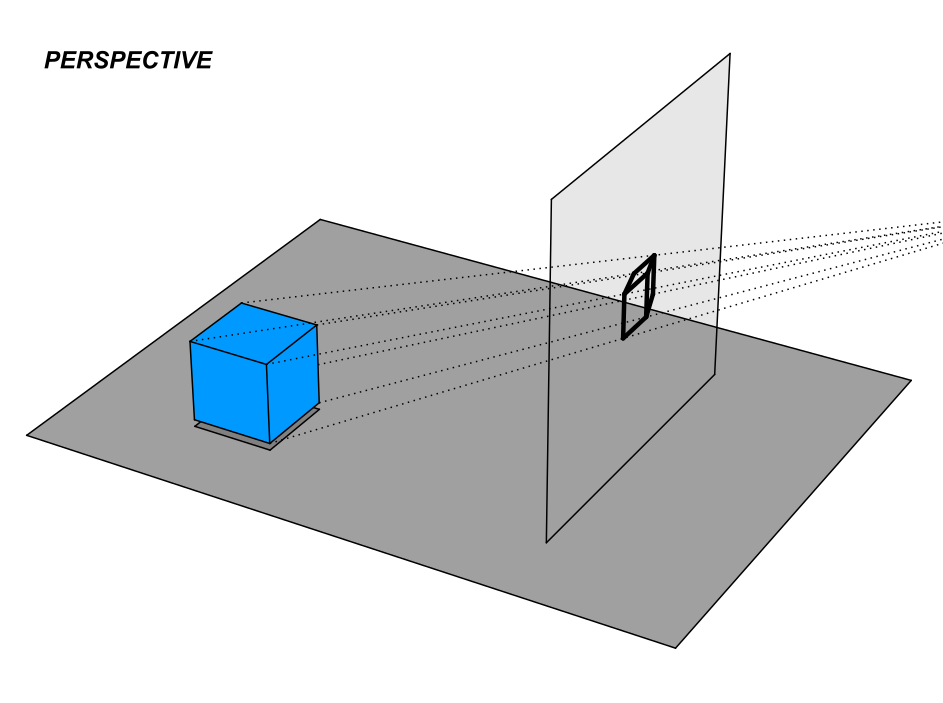 And in the next scene, I've added an additional cube: 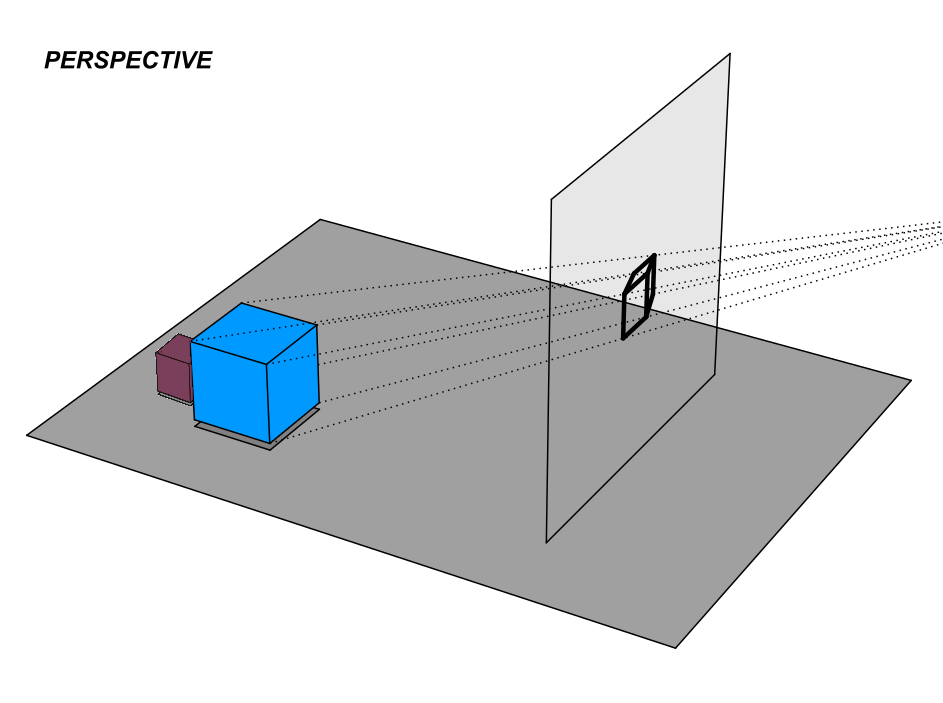 To be clear, there could be 3D pictures, but then we are talking about specialized output hardware. Except, of course, that "3D" is also a buzzword. We have had many attempts at "3D" to the point that "3D glasses" went from being made of cardboard and having one red and one blue "lenses", to use fast blinking, to use polarized filters, and don't be surprised if people start calling "3D glasses" to some incarnation of VR/AR headset. And then we have all the things that got the moniker of "hologram". Don't get me started on the metaverse.

But 3D computer graphics imply none of that. Instead, it implies that there is a 3D representation in a computer from which we can create different pictures from different view points. We even talk about virtual cameras that we configure to do that. We often take it from granted when developing 3D games.

When you take a picture with a real (not virtual) regular camera, you do get one particular view of a real 3D world. But you only got that view. You are not getting a 3D representation that you can use to create different pictures from different view points.

You could use a more advance camera to get depth information. And these would give you point cloud data. Which can be considered 3D. However, if you did one such capture and try to create pictures form different view points, you will find that orbiting around with a virtual camera reveals nothing. But, with enough captures with the same technique you can create a full 3D representation of an object or a place. To learn more on the topic, see Photogrammetry and 3D scanning. You may also be interested in 3D imaging such as used in medial applications. Those are 3D.

Bringing this to game-development, such tools are useful to create realistic assets (both objects and scenarios) to use in video games. For AR games, scanning the area surrounding the player will help to integrate the virtual elements. And VR games might want to scan the area surrounding the player so they have an idea of how much space they have to work with, and give some indication to the user that they might be about to bump into something.

You can, of course, use a 2D picture to represent something 3D. We do it all the time. And we doing by using projections. In particular, you can define axis in a 2D picture, like you did. And doing so, you defined a one way transformation from 3D to 2D (edit: actually I think you need to know the length in 3D of those lines). But that does not make picture 3D (it is still flat, be it on a flat screen, on a piece of paper, or similar), it is not enough to make the transformation back from 2D to 3D.

However, it is not an entirely wrong idea. We - humans - can look at a 2D picture of a 3D space and have a sense of depth. This is by taking clues such as what is in or out of focus, what we expect to be parallel or orthogonal lines, and our experience with perspective and light. We are good at this, because we do it all the time. Our sense of depth perception comes chiefly from using two 2D pictures (one from each eye). However, I shall remind you we can fall victims of optical illusions. Such as the famous Ames room.

And we will take advantage of this when developing video games, we trust that the player will understand intuitively that the pictures on the screen represent a 3D space. And, of course, there are some unique challenges that arise from the fact that the player is only looking at 2D pictures. For example, did you know that before Mario 64 had a shadow always below the character, players had a hard time with jump because they could not guess where the character was going to land? To be fair, I don't know if that is the motivation to add the shadow, or is it just that the light system in the game isn't great, but it is true that the shadow helped players with the jumps, and this is a learned lesson in usability.

Computers can also do the same to some extend. Both using multiple cameras to try to create a 3D representation in real time, or to infer a 3D space from a 2D picture (see computer vision). These are active fields of research, with a very tangible application in autonomous vehicles, and also in robotics/domotics in general.

And to end on a video game related note...

Not the answer you're looking for? Browse other questions tagged 3d projection terminology perspective .

1
Should the world transformation matrix be stored in a constant buffer when rendering?
5
How to do perspective projection “parallax” but without changing the scale or offset of objects?
16
An object twice as close appears twice as big?
2
How would you draw a tile map with perspective?
1
Where is the error in my perspective projection implementation?
4
Selecting the closest point in perspective view mode
8
How to determine if a 2D image represents what player sees in 3D game world?
2
What do you call an image of images? (And how does it get utilized?)