Painter's theorem inside and outside test [closed]

Ask Question
Asked 1 month ago
Active 1 month ago
Viewed 70 times
0
\$\begingroup\$
Closed. This question is off-topic. It is not currently accepting answers.

I have read from Hearn and Baker computer graphics book. I read the test#2 painter's theorem which image is given below. 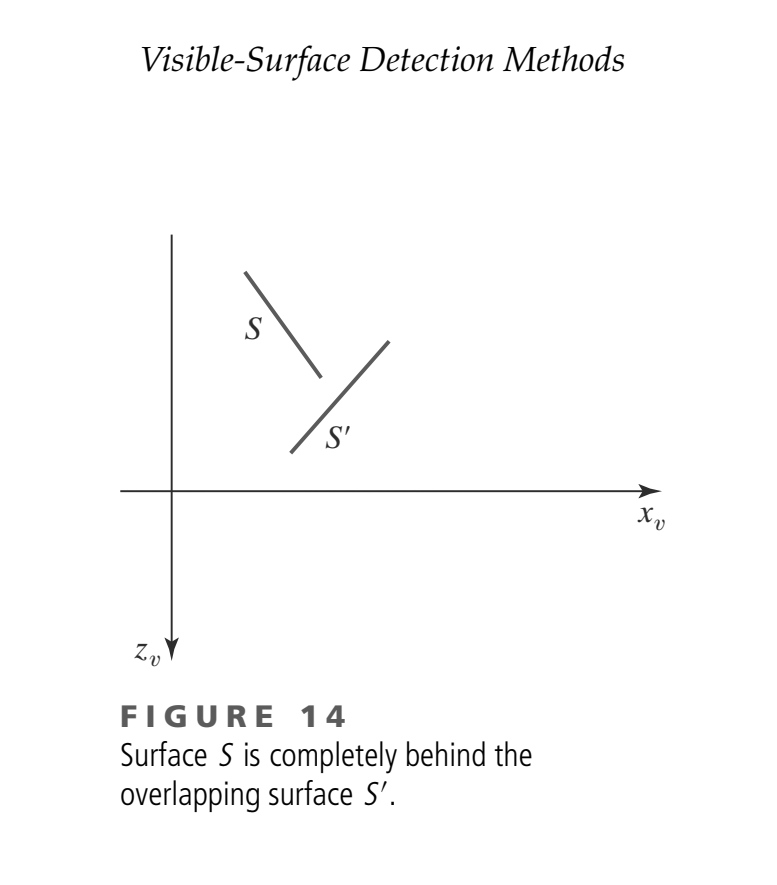 This image showing surface S is completely behind the surface S', by checking Substitute the coordinates of all vertices of S(x, y,z) into the plane equation of S' and check for the sign. If all vertices of S are inside S' then S is behind S'. (Fig. 1).

But I have read from this websites which showing this concepts but in totally opposite manner. See this image: 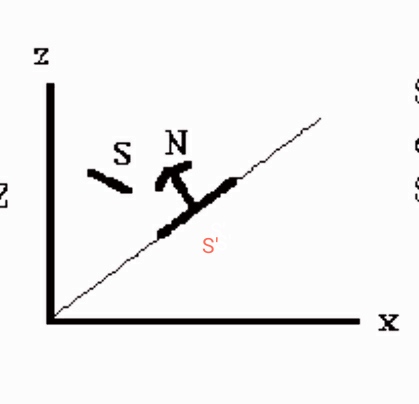 I read from that site, which showing opposite thing on same image. This showing all vertices of S are outside of S'.

My question is how is it possible Hearn and Baker saying S is completely inside the surface S' but my mentioned website saying S is outside of S' by sign test of plane equation?

I'm not familiar with the exact situation being discussed here — it's been a while since I've worked with plane equations — but in general, much of the math in computer graphics has opportunities to change signs or axes and get the same answers. A surface is a 2-dimensional object and when you embed it in a 3-dimensional space you need an arbitrary convention defining which side of it is “inside” and which side is “outside”. In this case,

is the same inequality as

so if we compute the coefficients of the plane in a way which swaps the signs, then our front-or-behind tests should also be reversed to come up with the same results.

The web site you link mentions

A, B, C, D are from plane equation of P (choose normal away from view plane since define "outside" with respect to the view plane)

The math works the same either way, but it's good to pick existing conventions and stick with them (and document which one you're using), because mixing them up is a great way to get confused, especially as two unintended swaps can cancel out and get the right answer by an unintended route, creating a lurking bug that pops up and makes all your graphics disappear when you change one of those two parts.

Another example of arbitrary binary choices:

In GPU triangle mesh rendering, a commonly seen example of an arbitrary sign choice is choosing whether your triangles have their vertices ordered counterclockwise or clockwise, when viewed from the outside/above. Either convention works, and allows the GPU to efficiently skip rendering half of the model of a solid object, by skipping all triangles whose vertices are in the opposite order (as projected on the screen) and therefore must be facing the back-side of the mesh which should never be seen because the front-side is hiding it and the object is supposed to be opaque and solid.

Not the answer you're looking for? Browse other questions tagged 3d rendering projection objects surface-shader .

14
How to gain accurate results with Painter's algorithm?
1
Transform coordinates from 3d to 2d without matrix or built in methods
5
Repairing back-facing triangles without user input
2
Coordinate spaces and transformation matrices
4
Drawing entities in an isometric engine
10
How do I correctly project a point behind the camera?
2
Applying a face image to a mesh head