How do I use a ball as a wheel?

I'm brand new(ish) to Unity with a strong programming background. I understand the basics of "how to roll a ball" in Unity, but I have a custom model I made in Blender which I have imported as a two objects. What I would like to do is roll the ball while keeping the top part (called "Carrier") fixed above it. It was exported from Blender as one mesh, but I have unpacked it to use in Unity.

My thinking so far is to use a Rigidbody on the ball as a sub-component of the top part, which also has a Rigidbody, and apply a ConfigurableJoint from the ball to the carrier. So far, nothing seems to stay where I want it. Can someone put me on the right track for configuring the joint? Or if I'm completely on the wrong track, plz halp?

Here's what I tried so far: 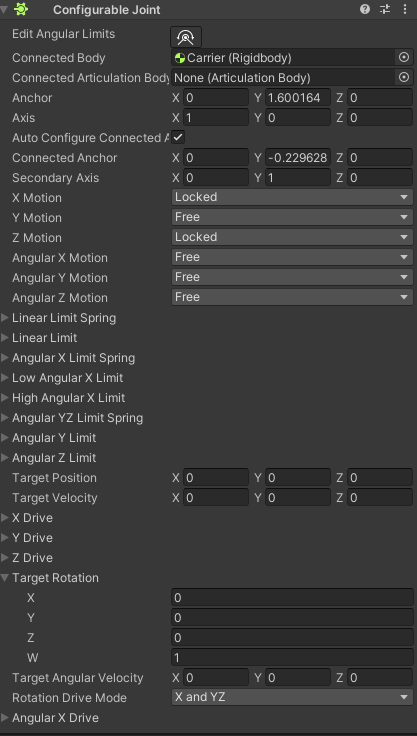 but the top just flops around (sticking upright, because I locked the X and Z rotations).

I tried @Philipp's suggestion (thanks!), but the whole thing separates when the game starts: 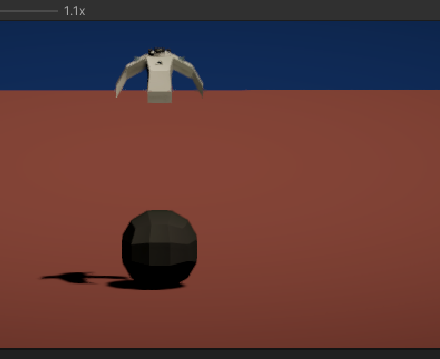 I tried with and without a rigidbody on the carrier, as well as several configurations of parenting (including totally separate objects).

Instead of using joints, I would just use a simple follower script:

1
How can I keep a mesh connected and upright?

2
Use Accelerometer for Roll-a-ball Movement
0
Ball Speed is not increasing as per code
5
unity / blender -- positioning items / clothes on character
0
Unable to rotate a 2D object, wanting to move it like a ball/wheel
2
Unity Physics Simulation - Limitations / Inaccuracies? Bounciness of a ball (pool/snooker balls etc)
0
How do I use trigger colliders in Unity?
2
Bizarre Physics FixedUpdate Lag spikes