Performance degrading when resolution increases for a 4k screen

I am new to Unity. I have a problem where my game has good performance on my non-4k screen.

Bur when I play it on my 4k screen, the performance gets really bad.

It looks like the resolution is changing based on the resolution on the screen. I am also basing this on the fact that both my text and buttons are getting smaller.

Is it possible to set a maximum resolution?

One way to limit the resolution of your game is to have your camera render to a RenderTexture.

You can create a RenderTexture in script to match the current aspect ratio of your window/screen, or even adapt the resolution of the texture dynamically in response to performance measurements. Assign it to the target texture property of your camera to redirect your rendering to that texture.

When you first do this, you suddenly won't see anything in your game — all the content is being rendered to this off-screen texture instead of to the screen. So then we need to display that texture full-screen, which we can do in a couple of ways:

What this does is limit the expensive scene rendering steps to operate at the fixed resolution of your texture. Then at the end you do a cheap texture sampling operation to stretch that texture to the full output resolution. You'll get some blurring because of this stretching, of course — that's the trade off we're making to save rendering performance. But you can also use a custom shader in the last step to control the texture interpolation scheme used.

If you're using URP/LWRP, this technique is built in as the Render Scale parameter on the pipeline asset, under Quality. Set this to a value less than 1 to downscale the render target used for scene rendering, and automatically stretch it to the size of the screen, without needing to juggle the RenderTexture yourself. UI will still be rendered at full res on top of this stretched result.

For a desktop game, you can use the method Screen.SetResolution(int width, int height, bool fullscreen) to change the resolution at runtime. Note that when you do not pass false for the third argument, then the game will run in a window which the player can then still resize themselves.

The text & button size issue can be addressed by changing the Canvas Scaler component on the canvas to a mode other than Constant Pixel Size: 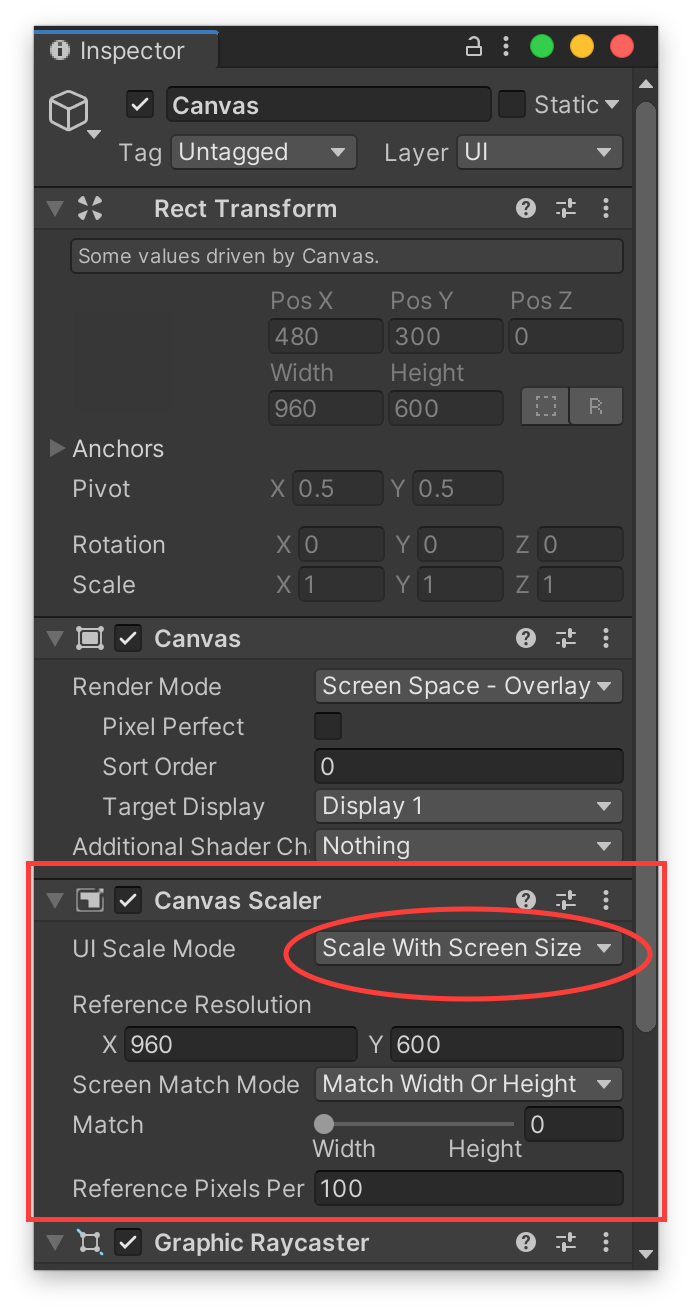 In Scale With Screen Size mode, you set a reference resolution that the UI elements are scaled to, regardless of the actual pixel dimensions of the running game canvas.

To restrict the WebGL to a certain resolution, choose your desired resolution in the player settings and be sure to choose an HTML template that supports that resolution (e.g. the Minimal template that ships will resize the game to fill the entire browser window, regardless of the default resolution specified.)

Edit: Note DMGregory's answer for an effective way to force resolution in a WebGL build regardless of HTML container size. 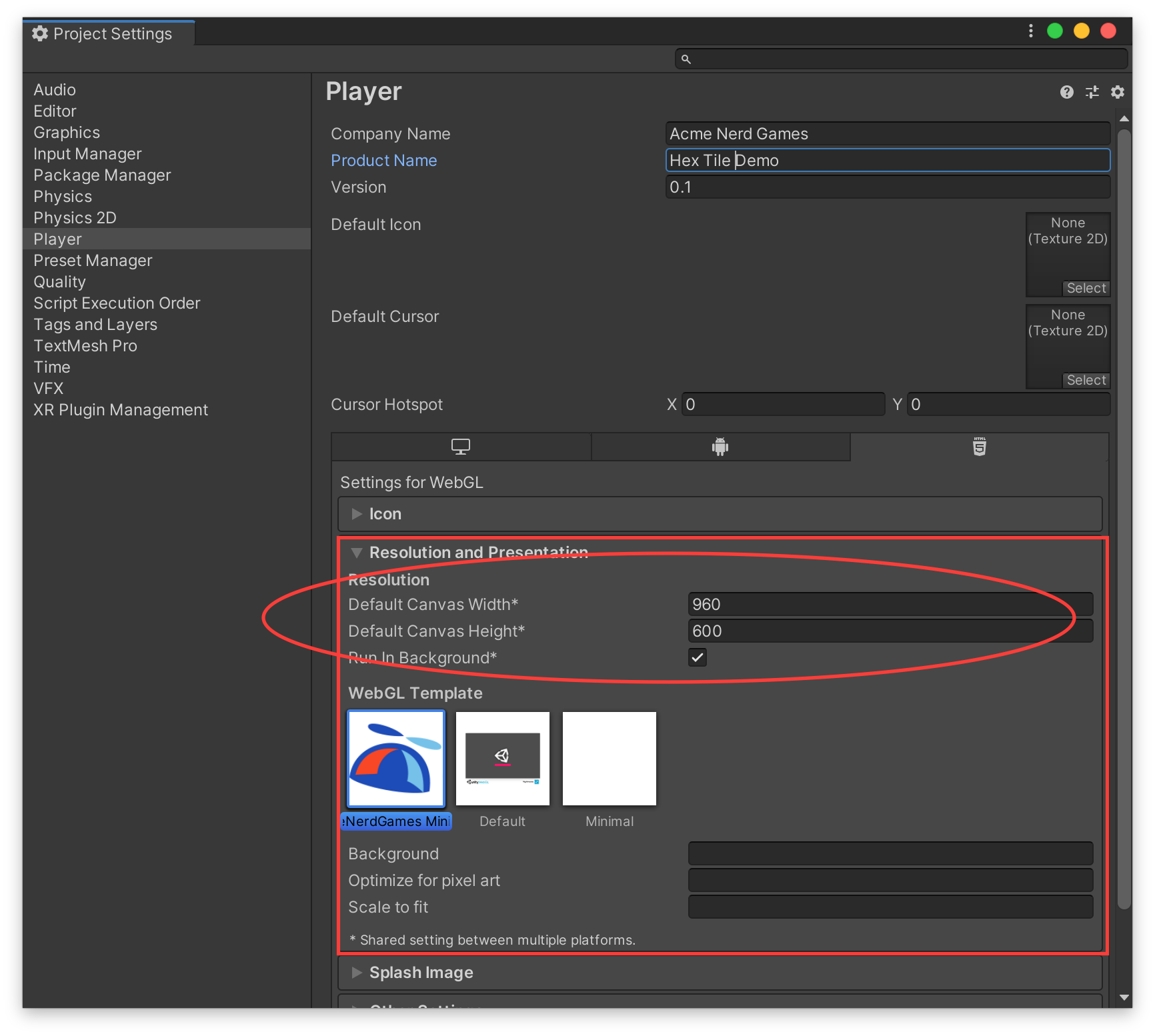 To diagnose your issues with poor performance, more information is needed. Generally when a game suffers when resolution increases it's due to GPU fillrate limitations. This page is always a good place to start when tackling performance issues: Unity: Optimizing Graphics Performance

Not the answer you're looking for? Browse other questions tagged unity performance webgl resolution unity-webgl or ask your own question.

1
What color format, depth buffer should I use in a RenderTexture for WebGL screen output in Unity? Is NPOT ok? MipMaps?

4
Regarding sprite design and resolution for tablets and phones
1
Precise Touch Screen Dragging Issue: Trouble Aligning with the Finger due to Different Screen Resolution
0
Making a DX9 game resolution independent
1
What would cause my script generated buttons and text to show in Unity and not on my phone?
1
scaling problem with some resolutions
1
Unity UI Text Font Size changes with the screen resolution Problem
0
UI detects different resolution after second app launch