Object stuck against an obstacle still pushes other objects away

I have an object pinned against the ground by a revolute joint. A motor on the joint makes the object spin. Sometimes the object becomes stuck pushing against a static body. When it happens the object stops rotating and it sleeps.

Yet, if a different object collides with the spinning one, sometimes (not always) it gets pushed away, like the figure illustrates: 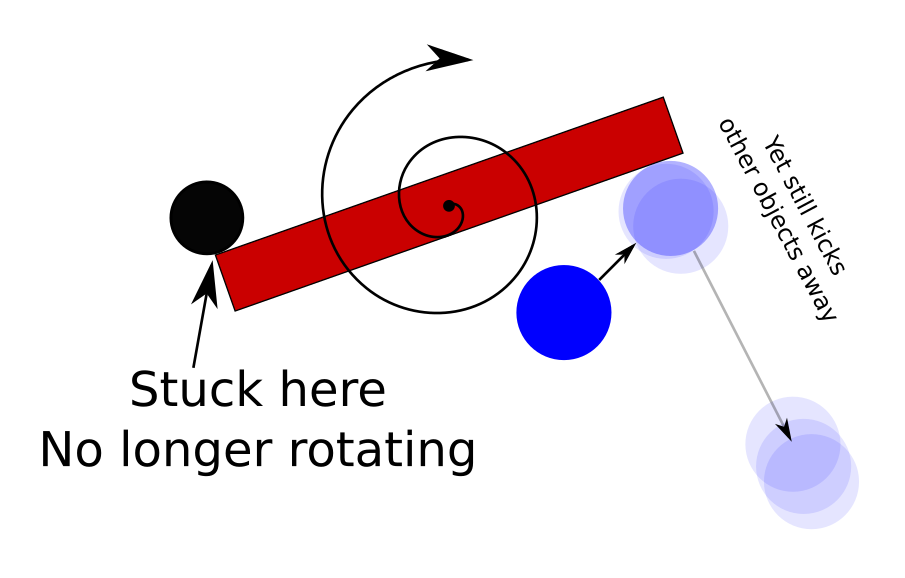 This feels very unrealistic: the blue object shouldn't get kicked away, since the red one is still.

Is it possible to avoid this?

7
How can I implement rectangle collision response?
5
Solving 2D Collision Detection Issues with Relative Velocities
12
Physics not synchronizing correctly over the network when using Bullet
8
How to implement a tractor beam?
16
How is RTS Local Avoidance Done?
10
Creating a Melee Weapon in Box2D (libGDX)
10
In a 2D physics engine, how do I avoid useless collision resolutions when objects come to a rest?
2
Achieve same effect as a FixedJoint2D but also match RigidBody2D forces
1
Rigid body physics resolution causing never ending bouncing and jittering