Why instantiated Static Mesh gets scaled in Unreal Engine 4? [closed]

Ask Question
Asked 1 year ago
Modified 1 year ago
Viewed 68 times
1
\$\begingroup\$
Closed. This question is off-topic. It is not currently accepting answers.

This question does not appear to be about game development within the scope defined in the help center.

Building a project in Unreal Engine 4.26 while trying to increase performance of the videogame I ended up using instances of static meshes where possible. This generated an issue:

My instantiated meshes are scaled to 0.9995/1 (experimentally proven). Looking for an answer I found a work-around suggested by Unreal Engine devs themselves: they suggested to rotate the mesh adding a rotation of 360 degree using higher values of same rotation as you can read here. This didn't worked for me and, as you can see, the difference from instantiated and manually placed meshes are evident. 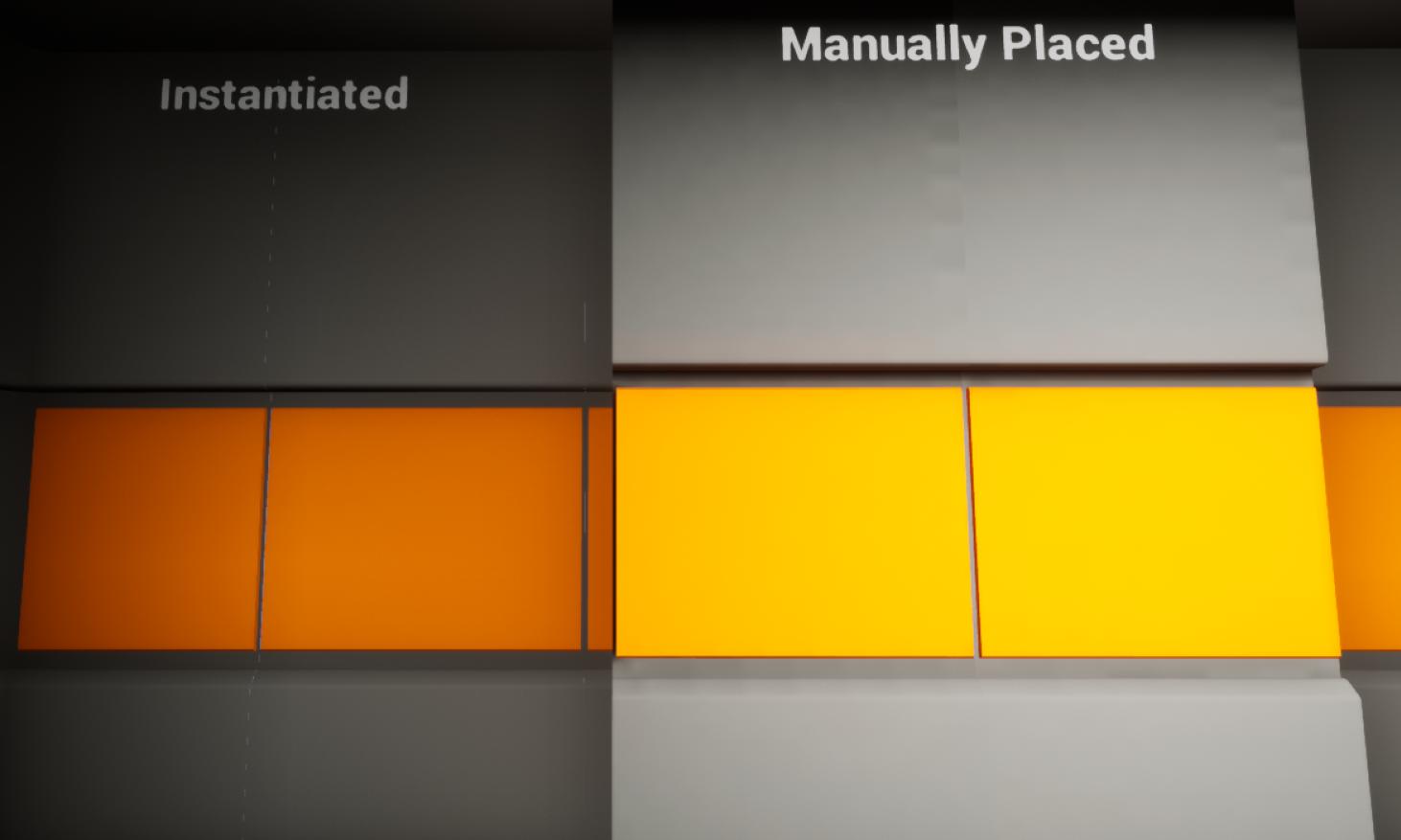 Increasing the rotation on z-axis using 450 degrees didn't solved anything even though doing it with the meshes provided by devs here it actually works.

I'm sure that rotations are the key to solve the problem since the problem is not systematic, I didn't get the logic behind but building a square with instantiated meshes I end up having some walls with spaces and some of them with perfect scale. I increased the size of them all so to not have spaces but I'm afraid that the solution will bring more issues in future while working with light and production materials. Seems that the bug isn't solved yet in UE4, is there another work-around that I may use without any risk of overlapping meshes?

UPDATE: Seems that I'll have issues where the meshes are overlapped since the increasing of scale is done systematically even if there's no need.

EDIT: You can reply here to get the bounty.