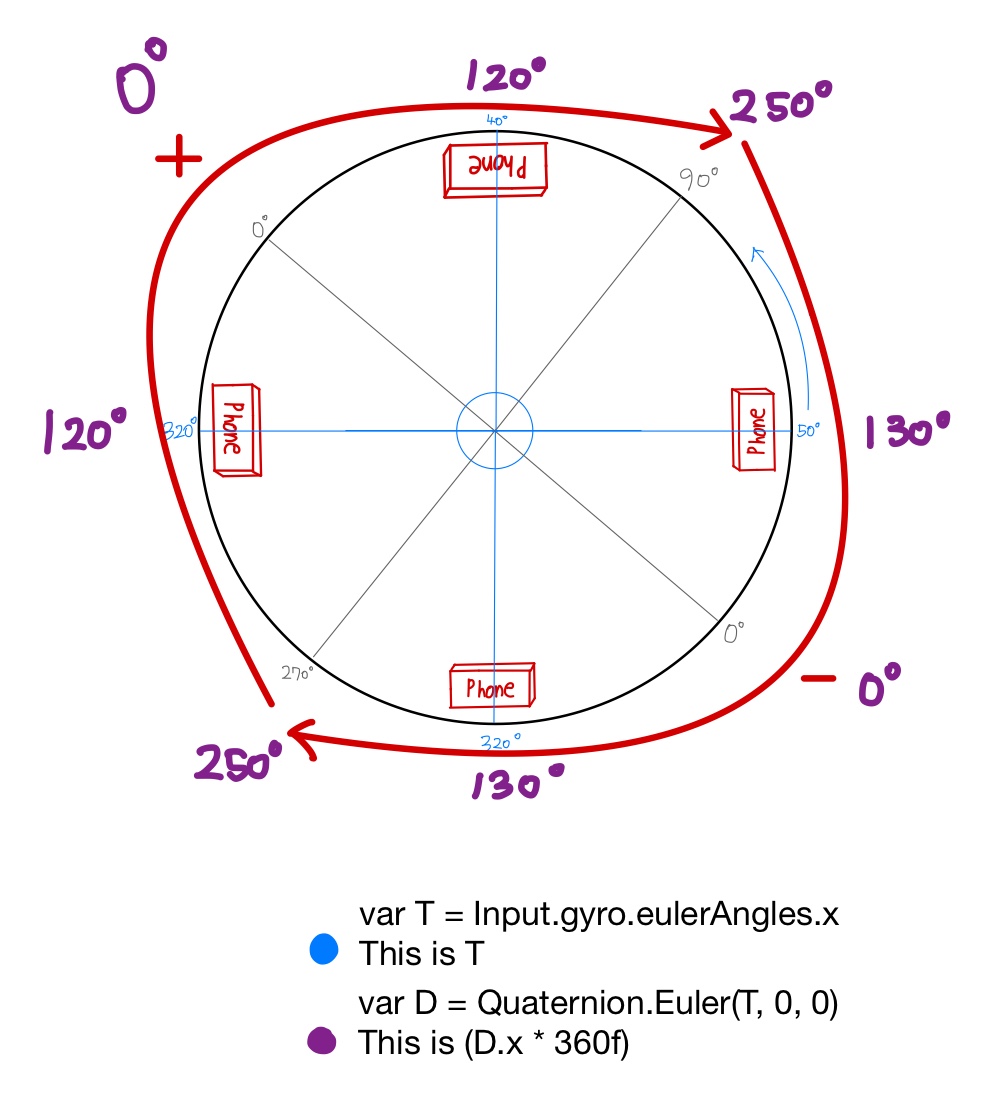 I want to load x, y, z data using the IMU sensor of the smartphone.

Through the code above, the y and z axes are loaded well even though there is a little error.

But For the x-axis, only values ​​within the range of 270 to 90 degrees are recorded, and values ​​between 90 and 270 are not recorded as shown in the photo.

This creates a unit quaternion, a point on a four-dimensional sphere with three of those dimensions being imaginary numbers. The four components of the quaternion x, y, z, and w are NOT angles.

This takes one of those imaginary axis values and multiplies it by 360. This does NOT make it an angle. It's geometrically meaningless.

D.x is the sine of an angle, but it may not be exactly the angle that you want at the end of the day. Because the total angle in the quaternion will always be -180 to +180, and that means if you have rotation on the y or z axes, the x alone won't hit those extremes.

To extract out "I just care about the rotation angle in this specific plane," you can do something a bit like this:

Depending on which axis of rotation you care about, whether you want clockwise or counterclockwise rotation to be positive, and where you want 0 degrees to sit within the circle, you might choose a different reference vector or use different components inside Atan2.

Not the answer you're looking for? Browse other questions tagged unity c# gyroscope or ask your own question.

14
How do I implement a quaternion based camera?
0
Separating Axis Theorem fails at certain angles
10
Accessing DualShock 4 motion sensor in Windows (ideally Unity)
0
Unity2D - How to leave and come back to the same scene properly?
0
Unity 3D recreation of Pitch/Roll from accelerometer
0
Unity 2D Input.gyro eulerAngles X value strange behaviour
1
How to align 2 IMUs' quaternions?
1
ArgumentException for unused axis