How can I "tilt" my grounded raycast?

I'm working on a 3D game with a spherical collider for the player.

My ground check looks like this, where I'm currently hardcoding Vector3.down as the direction:

This works for a majority of cases (as does toying with the value of FLOOR_RAYCAST_DISTANCE), but breaks down depending on the speed of the character & the intensity of the slope.

My approach is to tilt the raycast direction dynamically based on the velocity of the player, but all my math so far has fallen apart and hasn't worked, as I'm pretty weak with vector rotations. Can anyone help me figure this out?

See some examples here - in all three scenarios, the collider should be grounded, but it isn't on the slopes. 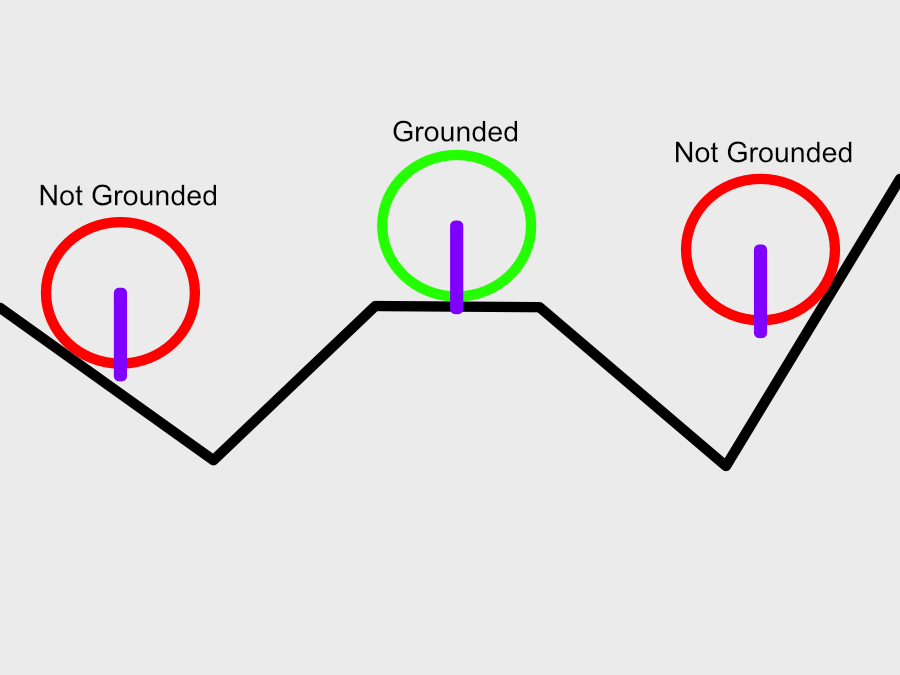 Browse other questions tagged unity collision-detection or ask your own question.

14
How to solve the ground check problem?

4
How to check if grounded with rigidbody
3
Unity camera tilt
1
Unity3D - Determining if a spherical object is grounded using raycast
1
How to achieve 2D ski movements similar to Alto Adventure?
1
Keeping a Character Controller grounded?
0
Unity rotating camera around specific Vector
3
Why does my collider rotate correctly on a slope only when a ray is cast directly from its center?
0
Checking if player is grounded using tilemap collision detection
0
My character can jump even when its not grounded
0
How do I detect if my object is grounded?