Why do my 3d models have a strange after-image effect?

On my Unity project I have a strange behavior for my 3D model which I bought on the Unity asset store.

If I move the player, there appears a wired shine / glow… seems that the character does not move completely, but drags…

Here a screenshot to show you the behavior: 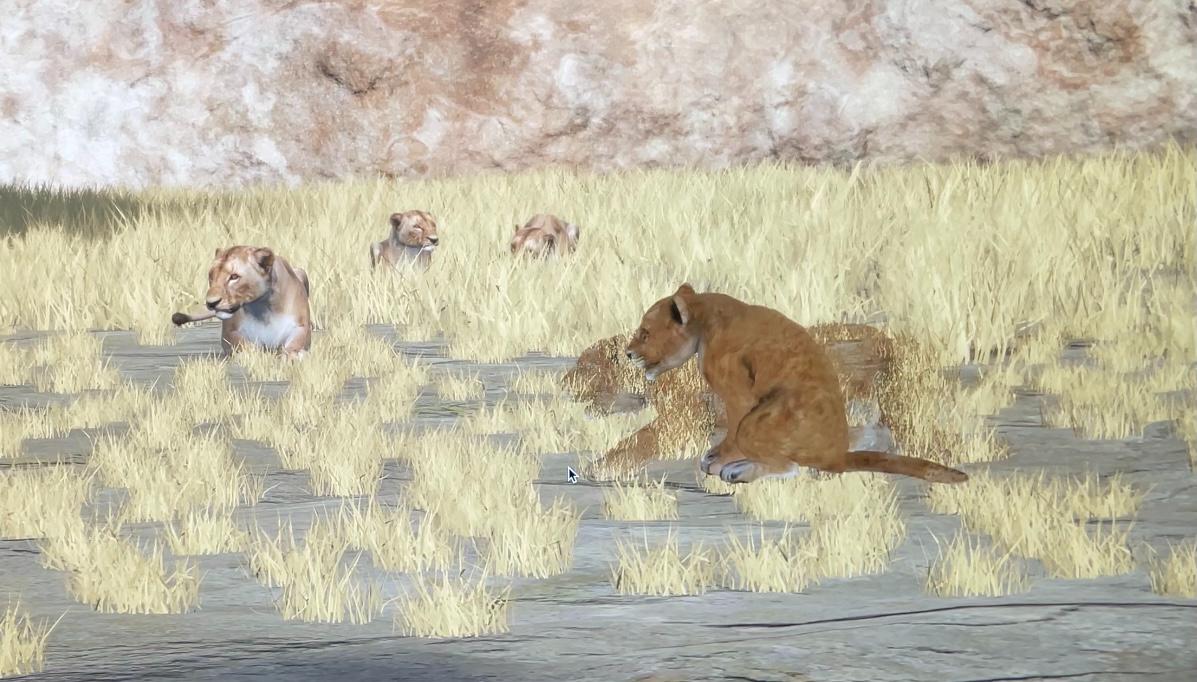 Here is a video where you can see that the animations are not clean: https://youtu.be/3H3r6HcgSaQ

Here you can see the configuration of my camera and PostProcessingVolume: 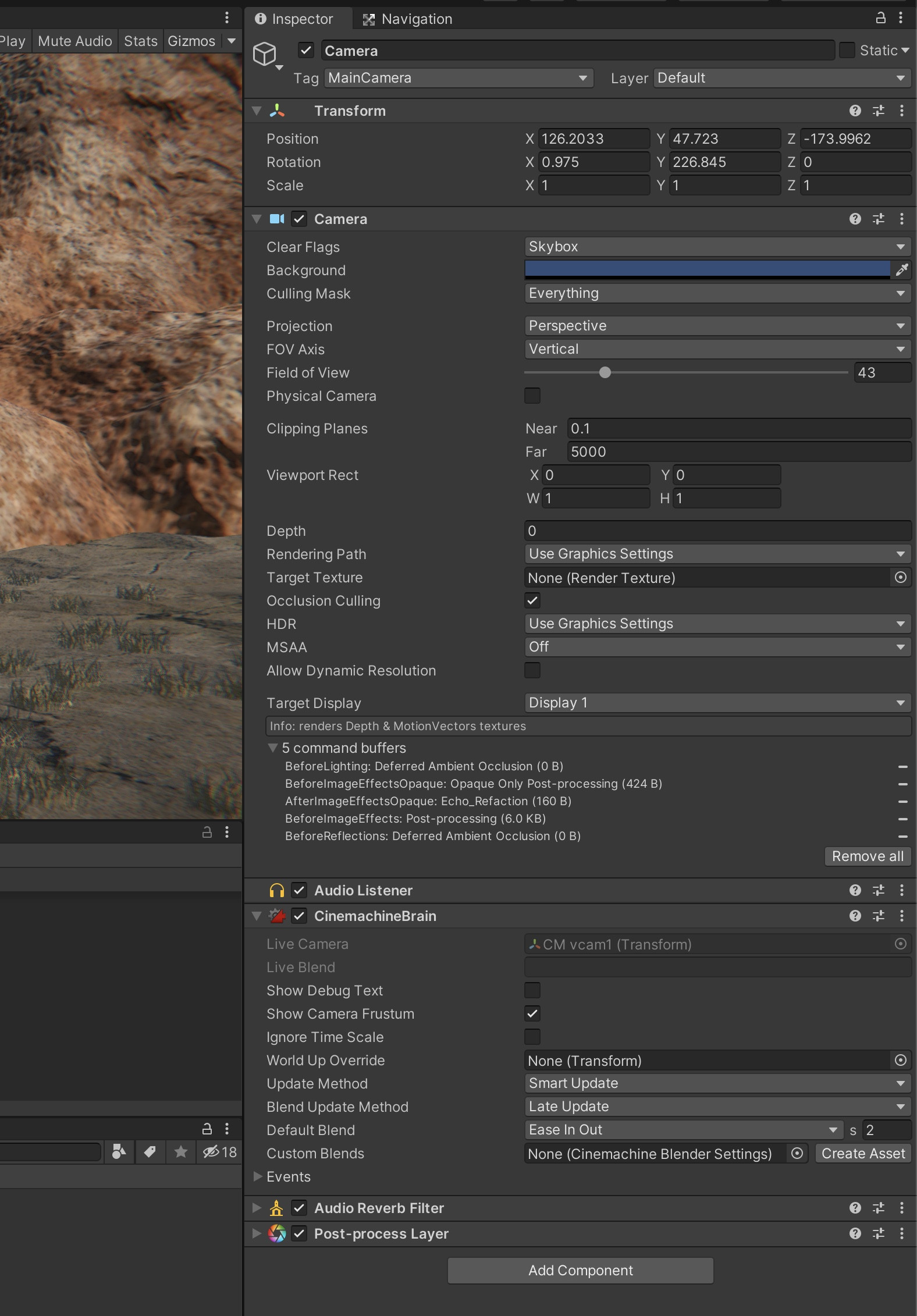 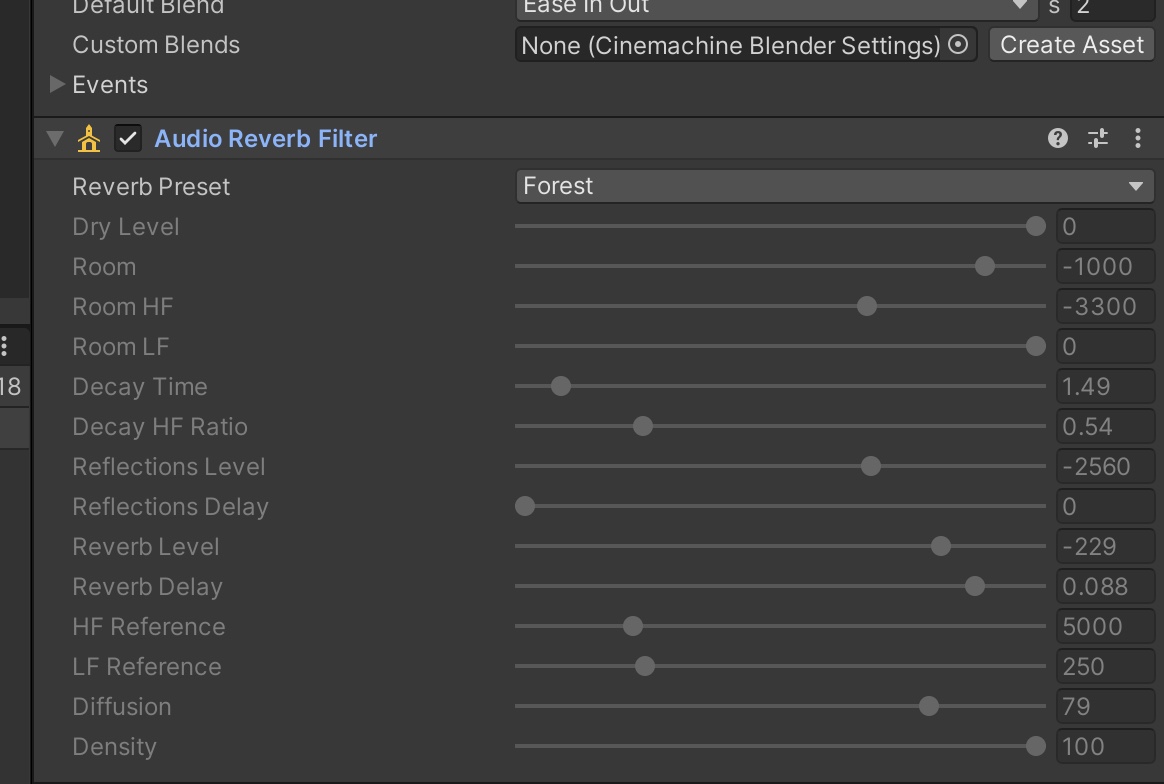 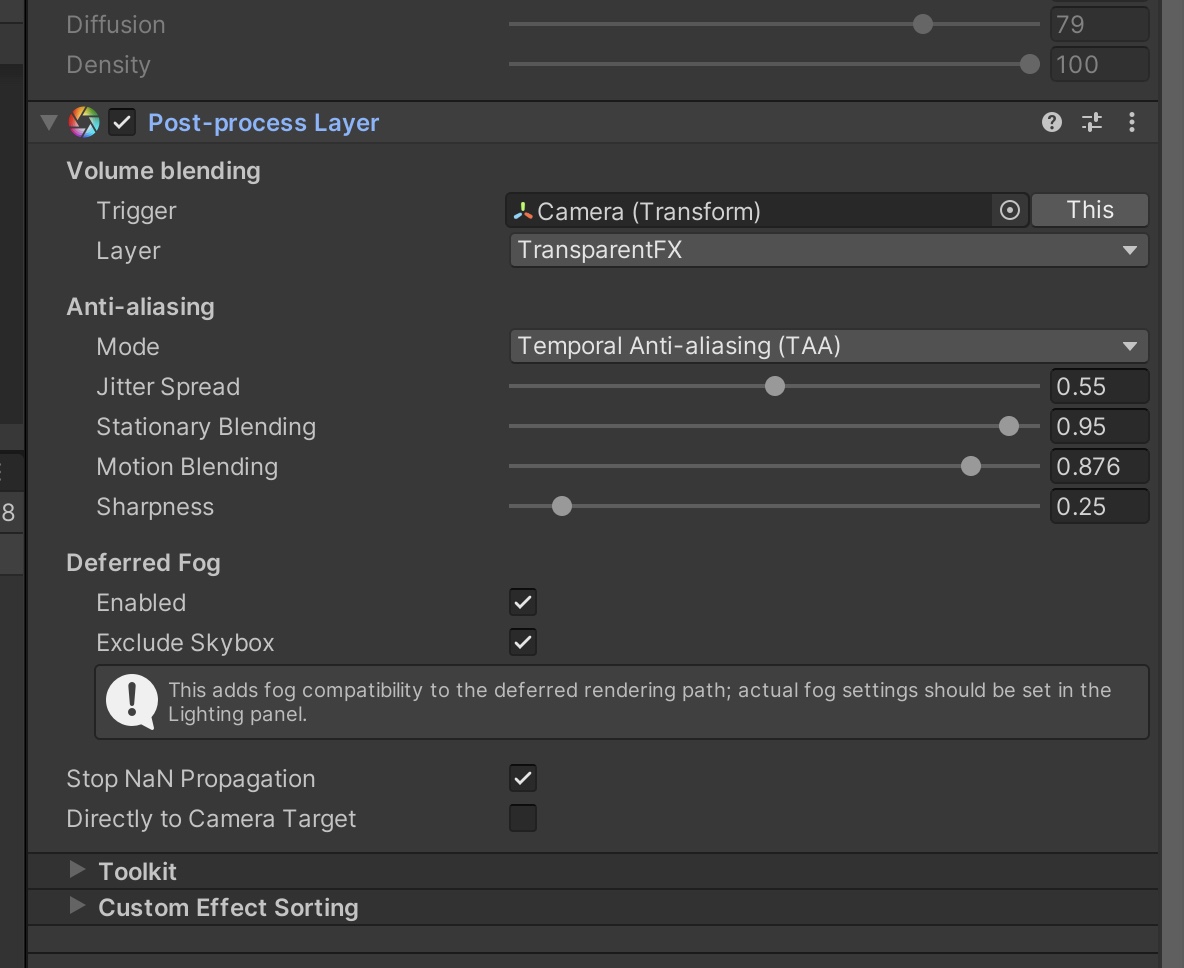 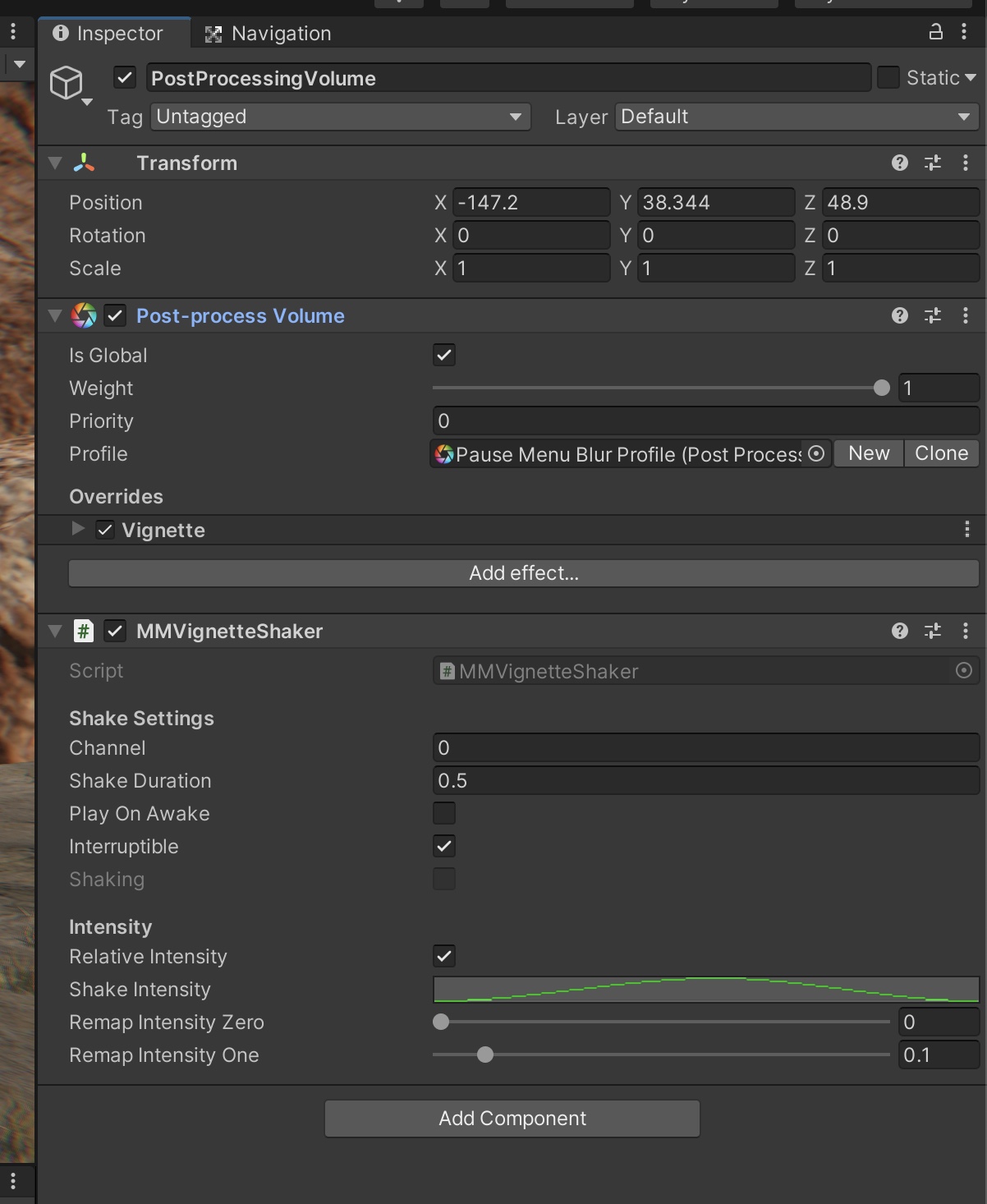 By the way: I’m using the Built In Rendering Pipeline. This appears not only on this 3d model. I can see this behavior for also other 3d models in my scene.

What could be the issue here? I have no idea…

Thanks in advance for your feedback and assistance!

tl;dr: The problem is the combination of Temporal Anti-Aliasing with grass.

As DMGregory mentioned in a comment, these ghosting artifacts are caused by the Temporal Anti-Aliasing post-processing effect.

This effect is supposed to smooth animations by interpolating between the current and the previous frames. Unfortunately there are various corner-cases where this can manifest as this undesirable ghosting effect. According to this Reddit thread, this effect can occur especially when there are objects in the background which use shaders with displacement mapping. The grass from the Unity terrain system, for example. Which you also appear to be using in this scene. The reason is that TAA applies motion vectors to individual texture pixels to track their position changes, and displacement mapping can interfere with this.

And looking at this particular frame of your demo video, the grass indeed seems to be the culprit. Notice how the ghosted image disappears as soon as the grass in the background is replaced by the rock wall: 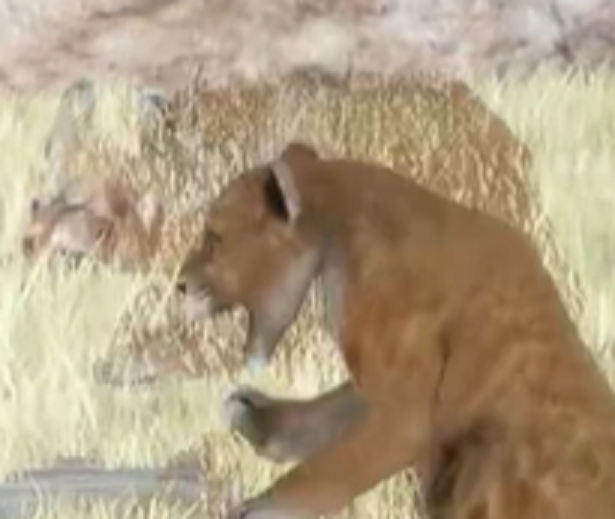 Note that Unity is not the only game engine having problems with TAA. A cursory online search finds several people having similar problems in engines like Unreal, Amazon Lumberyard and also some complaints from players playing games based on inhouse engines. There are solutions, but many of them require very convoluted and situation-specific hacks to get around them. And these usually require rather a lot of in-depth knowledge of shader programming. TAA is just a very fiddly and unreliable technology.

So unless you really really want TAA, I would recommend to just use a different anti-aliasing method like SMAA or FXAA. If you insist on TAA, try to disable the grass. If you also insist on having grass in the game (which I would understand in a savanna scenario like this), try to find a grass implementation which does not use displacement mapping in its shader.

Not the answer you're looking for? Browse other questions tagged unity 3d animation .

0
Blender exported model has reduced quality in Unity when normals applied
2
Character from downloaded AssetBundle renders as magenta in Unity
1
Why doesn't my character's outfit animate with the character model?
0
How can I modify a static humanoid asset?
0
Which image effect is this?
0
Why does lighting on the object changes when I import it as Unity Package from my old project to new one?