How big can/should wall colliders be?

Following my previous question, I now have my wall collider building tool and built many of them:

Bird-view, about 17 walls selected, on the right, one is selected: 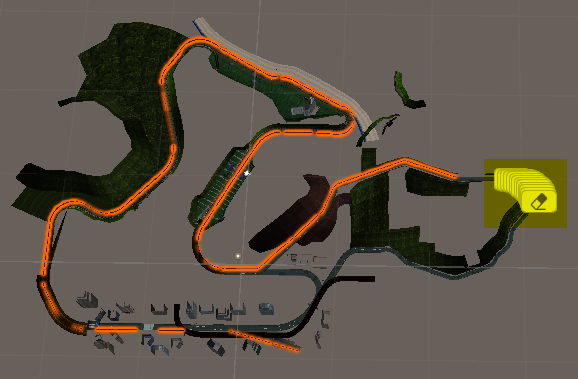 Here, wall and barriers form a collider so the car will hit the barrier: 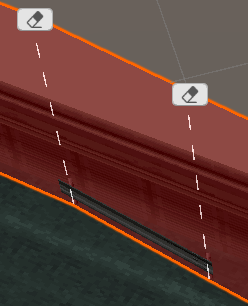 Here you can climb on that little slope:

Having either a single, large collider or tons of small ones doesn't sound good to me.

What's a good metric in deciding how many (and how big) colliders should there be?

Also, should they be as simple as possible, e.g. less points for straight lines?

Not only how tall and big walls should be, how thick is also very important as I started seeing this:

Wall model is the following:

How were thick walls in gray built in a easy way?

Generate a mesh then a collider out of it. That was long, painful and not even right!

At this point we have all we need to create/scale/orient child colliders!

The code is as simple as that:

Of a line segment, I've been able to generate thick walls quite easily, this is really cool.

Walls should definitely be thick somehow else PhysX might choke in generating colliders for them and as @DMGregory suggested, it's a good insurance for the collisions.

For their length, I suppose they're fine for now, I've sliced them to what made sense to me though I may have to edit them for some reason I don't yet know.

Not the answer you're looking for? Browse other questions tagged unity level-design collider or ask your own question.

2
Creating walls for a racing game?

3
Merging box colliders for optimization
1
Is Trigger Colliders not ignored
0
How can I determine when colliders of two gameobjects touch one another?
0
How can I add different colliders to each body part of a character in Unity?
0
Collision with supposedly aligned box-colliders
0
How to best apply colliders on a rough 3D shape