With Unity, why this character with a rigid body and child element colliders doesn't collide with the floor and go through it?

I got an issue with my character going through the ground and actually going through all other elements with a collider. I'm going to try and show as much as I can of the current state of things.

My character (Human) has a rigidbody component with gravity on. He doesn't have directly any collider on it (only on child elements).

As you can see, an armature is defined on the Human, each part of the armature has it's own rigidbody as well as a collider, as shown in the below picture :

None of those colliders has IsTrigger checked. The Human has a whole doesn't have a collider as this would overlapse with the colliders defined on each part of the Armature.

Now I'm trying to put my characters on a floor object with a box collider. The box collider of the floor is roughly half the height of the character, so it can't be an issue with discrete collision detection. My character at t=0 has no speed and only the acceleration of gravity. Here's how the floor looks : 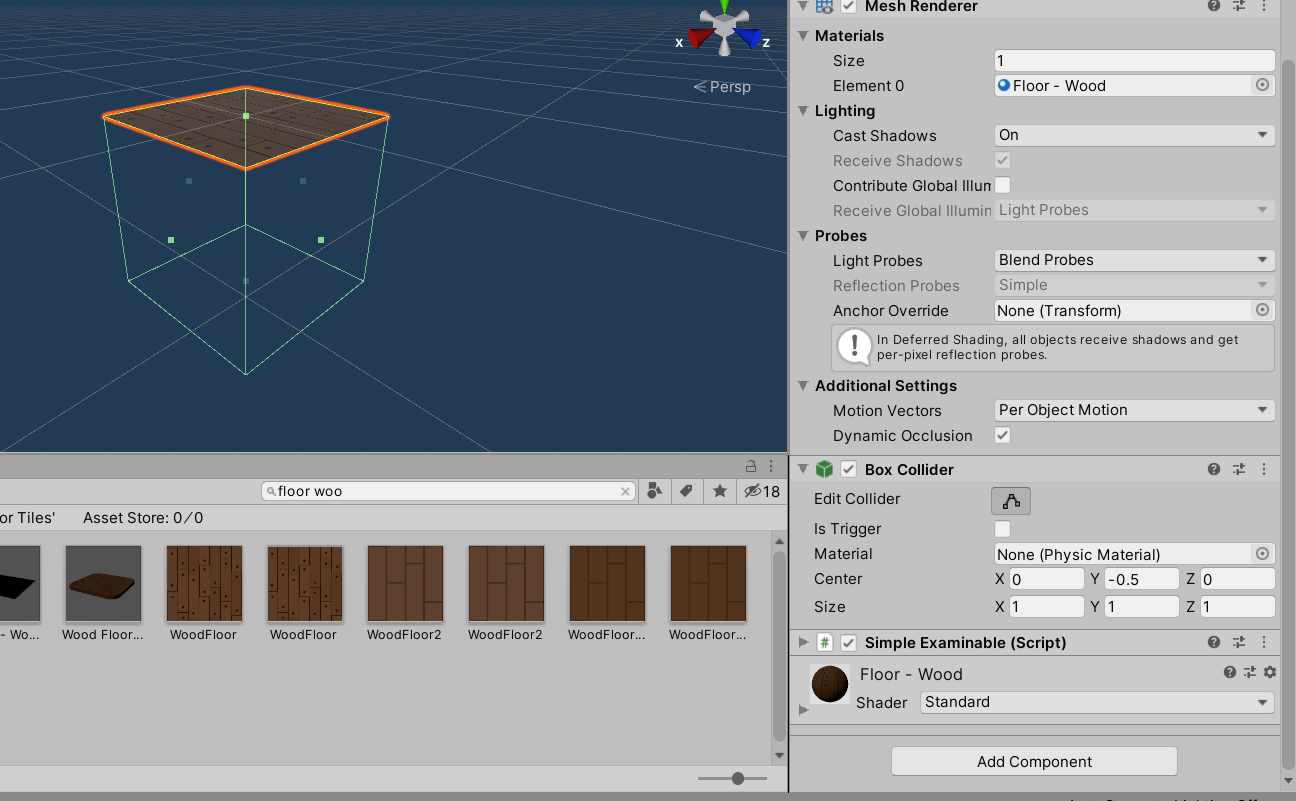 Both my character and the floor are in the Default Layer and the box is checked in the Layer collision matrix.

Is there anything you think of that I forgot ?

Browse other questions tagged unity collision-detection rigidbody or ask your own question.

1
Box collider pushes me out of it's area slowly, I can pass through it if moving quickly
0
Why is that when I use Rigidbody the object falls through the floor?
0
A trigger collider in Unity doesn't allow the player to pass through
0
Player with Character Controller and children colliders won't collide properly
0
Improving Rigidbody collision between real-time movable object and other Rigidbodies
1
Problems with gravity and box colliders in Unity 3D