How to convert large grid data to easily saveable format?

I'm trying to recreate the grid system from RimWorld, and I'm facing an issue when having to save the map, which can be up to 500x500 tiles in size.

My map has multiple layers, the base layer is procedurally generated from a seed, so I can just save that seed and regenerate that terrain without having to save all of the tile data.

However, on that base layer, you can place floors and other things which by themselves don't hold any extra information.

The way Rimworld does this (according to their save file and based on my understanding), is that it somehow converts all of that grid data to one giant string, which at runtime is then "de-obfuscated" and loaded back as actual floor tiles. 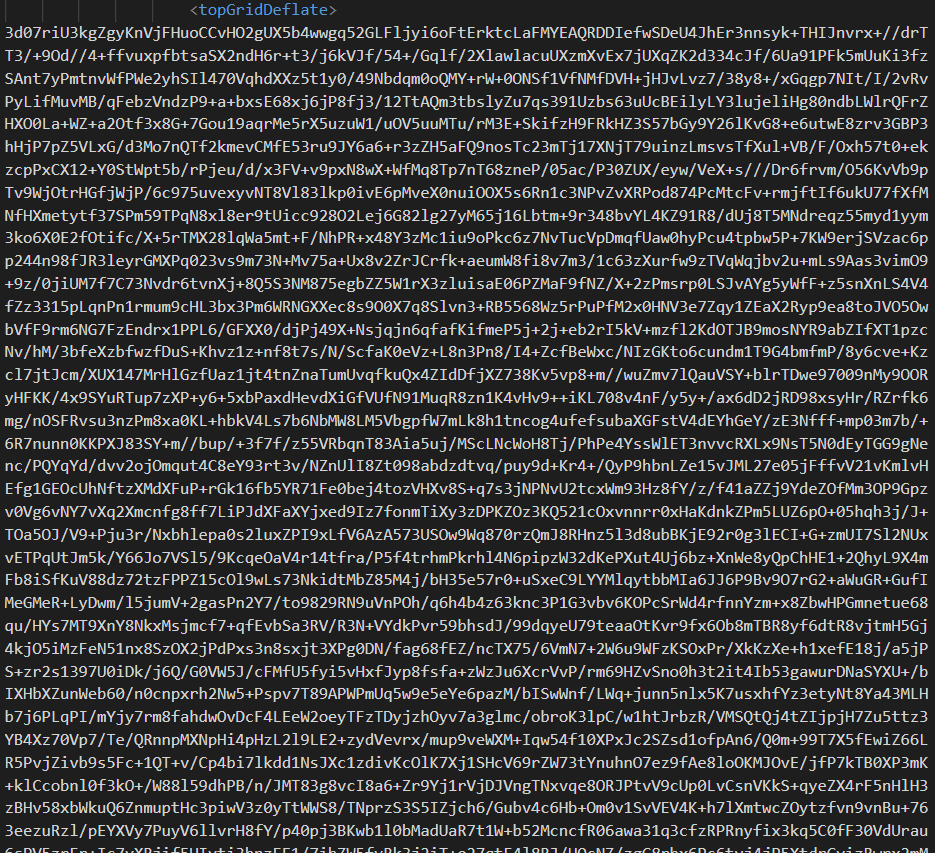 However, every other object which needs to hold any significant data is saved like this: 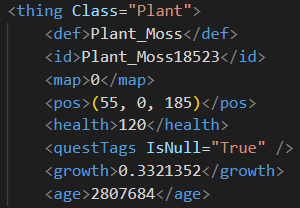 What would be a good way to save such simple data, similar to how Rimworld did it? 500x500 maps are huge on their own since every single grass already has to keep data about itself, and doing the same way of saving for things which only need e.g. location saved would create insanely large save files.

Then to load the map, you can run this process in reverse, to convert the Base64 string to an array or stream of bytes, decompress the byte array with the Deflate algorithm, and use those uncompressed bytes to deserialize into your map array.

Not the answer you're looking for? Browse other questions tagged unity c# data-structure savegame .

4
Need info on creating a tile grid data structure in Java
7
Retrieve the original prefab from a game object
1
Deleting an item in the game world: detecting if an item supports other items
1
Tiledata management
2
How should I store world data in a 2D grid sandbox game?
0
What method could I use to avoid using a lookup table for each item when loading a players inventory?
1
What are some alternative options for saving level data for a game like Hurtworld?
0
How can I load and store data for a large map in Unity