Invert the colour of pixels where 1 bit sprites are overlapping

I have a simple scene in Unity that makes use of some simple art that uses either white or transparent colours to create a 1-bit art design. The image below shows this.

I want to have a that if two sprites overlap then the colour changes to transparent which makes the sprite appear to have its colours inverted. For example, a white cone from a lamppost could look like a beam of light. When the character walks into the beam its colour should change black so it is still visible under the light. As well as this, if the sprite is only partially in the light then only that portion of the sprite should be revealed.

I used a sprite mask and a second sprite hidden behind the first with different sprite mask interaction options to achieve the effect but I also have a variety of particle systems, such as the rain visible above, and would like this to also be affected. I've included a rather crude image of what I am aiming for. 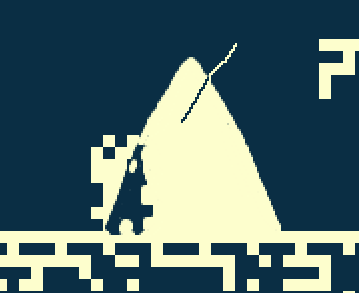 I believe that I need some sort of shader but am struggling to even know where to start looking so any help at all would be appreciated.

We can do this by making a custom version of the standard sprite shader (so it still does everything the one you're used to can do), and modifying its blending operation.

Start by going to the Unity Download Archive, and grab the built-in shaders for the version of Unity you're using. I'm currently on 2020.3.7f1 (LTS)

Inside that zip, you'll want to copy DefaultResourcesExtra/Sprites-default.shader - place the copy in your project's Assets folder with a new name, like "Sprites-invert.shader"

Now open up the text file and make two modifications:

First, at the very top of the file, change the shader's name to match the name you picked for the file, so it doesn't collide with the built-in shader.

Then scroll down to this line:

We'll change it to this:

...And for values in between we get greys, so you don't lose your antialiased adges like on that triangular sprite in your mask example.

Make a material that uses your new shader, and assign it to the SpriteRenderer components for your foreground sprites. You'll get a result something like this: 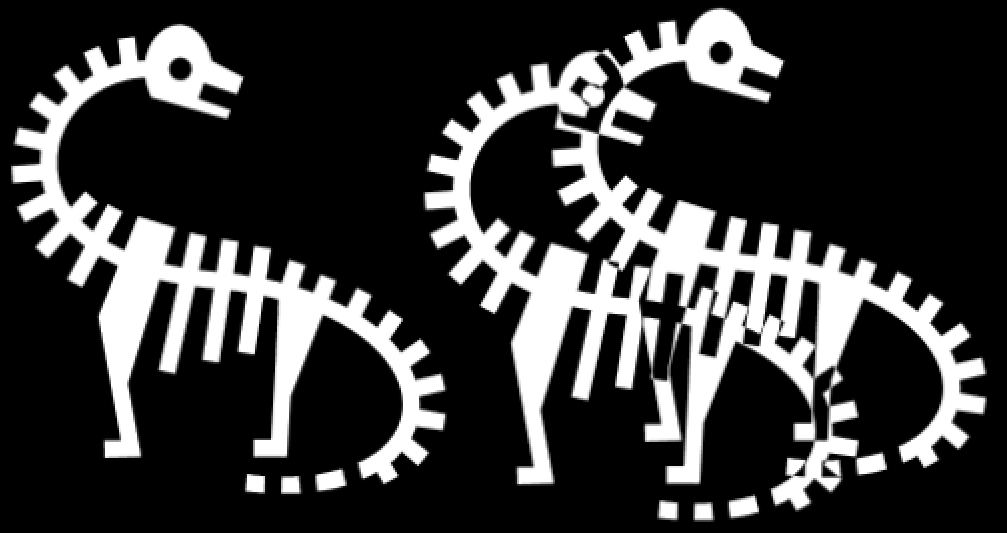 (Using this "Sauropod skeleton" icon by Caro Asercion as an example)

You can apply a post effect at the end to remap your colours if you want the white and black to look like something else. This keeps the shader simpler than trying to use those special colour values throughout the pipeline.

What's nice about this is that it has exactly the same cost as the original sprite shader - we didn't add even a single new instruction, just changed the parameters of the blending operation we were already doing anyway That's much cheaper than mask-based solutions that require extra rendering/sampling from the mask texture.

Not the answer you're looking for? Browse other questions tagged unity 2d shaders sprites lighting .

5
What's the difference between Alpha and PreMulAlpha?

13
HLSL Translucent Plastic Shader
16
Can I achieve a torchlight effect (lighter area around a light source) in a 2D game?
3
Multiply mode in SpriteBatch
12
How do I create multiple 2D spotlights?
0
Shader change alpha depending on light
0
Effective solution for showing the outline of the player sprite when behind objects or tiles that are meant to be in foreground
0
Lights not displayed on Sprite
2
How can I create a shader which makes an object transparent in bright light and opaque in low light?