Performance issue when particle system occupies most part of the screen 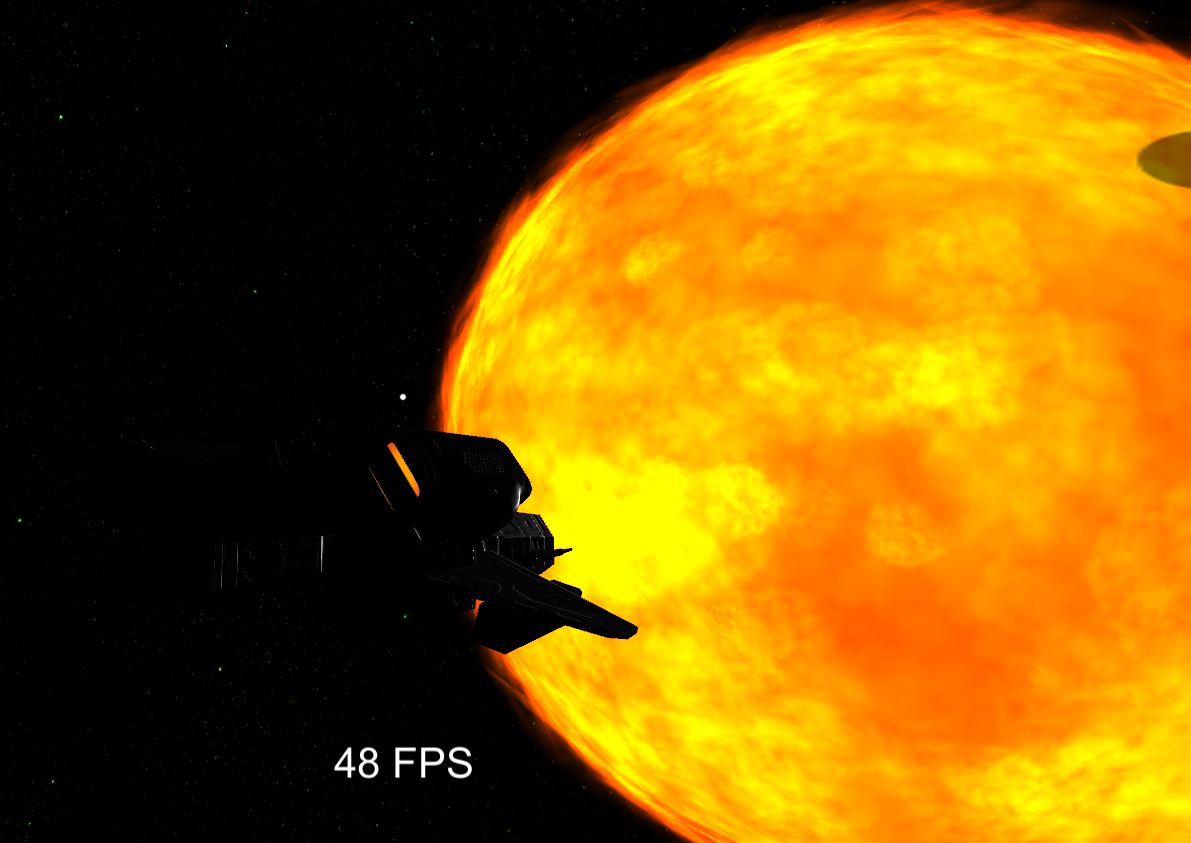 But there's one problem: When I get close to the star so it occupies the most part of the screen, fps drops significantly (from 60 to 30-40). This happens in editor and mobile (Samsung A8 2018), didn't test PC standalone build yet but I'm pretty sure the result will be the same. Disabling the sphere mesh doesn't affect the performance. Disabling of one of the particle systems does improve performance. When the camera is relatively far away from the particles, performance is fine. Changing the scale doesn't seem to matter, whether it's a big star with real size radius 10 million units or a small star with radius 1 unit. The problem occurs when the particles occupy the most part of the screen space. Changing the shaders to other available ones does change the result FPS but whatever shader I use the performance drop is still there.

So, the question is: are there some tips, workarounds or something? Or do I have to write a custom shader? Or changing shaders won't help anyway? I'm using built-in render pipeline, by the way. Tried URP and while fps is a bit higher in general, there's still a big drop (to 40-45 fps).

DMGregory already gave some quick guidance in his comment, but to expand on his comment in more detail:

Overdraw refers to situations where the GPU has to draw to the same pixel multiple times in one frame, a problem typically caused overlapping transparent textures (often sprites) on top of each other.

Overdraw can have a major impact if there are many layers of overdraw or they cover a significant portion of the screen. It's very easy to cause overdraw with a particle system that uses large, overlapping particles. This is why many games suffer from framerate issues when the screen is filled with smoke or other complex particle effects.

Unity has a feature to help you spot overdraw issues: In the scene window, there is a render-mode dropdown just below the word "Scene" which has "Shaded" selected by default. If you expand the dropdown, you can select the "Overdraw" mode. 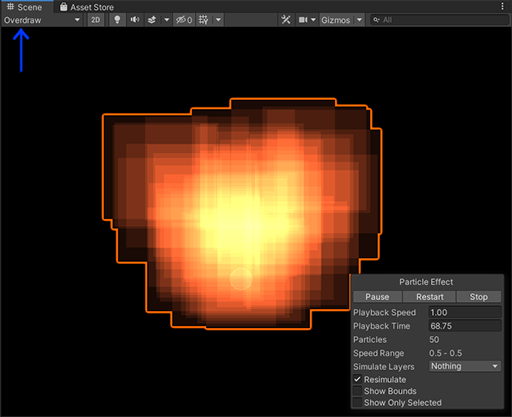 In this mode, Unity renders objects using a transparent orange material that turns yellow where objects overlap. The way Unity has implemented this is a little gimmicky and sometimes misleading, but it's still a good tool for getting an idea of places where you have particle systems with too many overlapping sprites.

One trick I sometimes use to create complex-looking effects without a huge number of overdrawn particles is with rotating sprites:

Not the answer you're looking for? Browse other questions tagged unity performance particles .