I have a scene that consists of a CSGBox and a Label as a child of it. 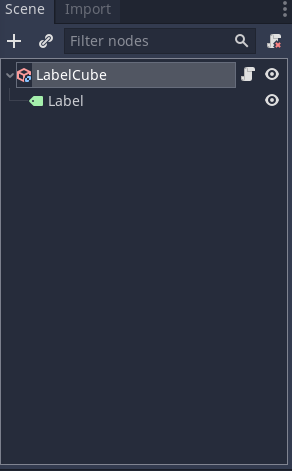 In the script for the CSGBox, I get the label and center it on the box so that whenever the player is looking at it, they can see the label above the box.

This works pretty well, however it seems that the label gets smaller when moving closer to the box and larger when moving away from it. I know that it's not actually increasing in size because I can log the size of the text in the label and it's always the same but I'm not sure what could be causing this effect or how it can be "countered" to make the text seem the same no matter the distance. 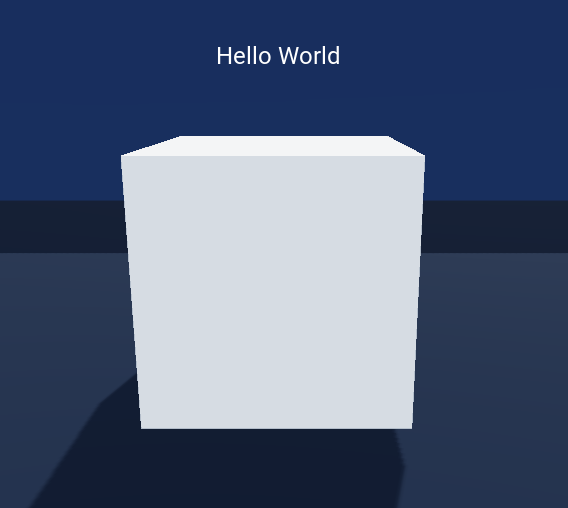 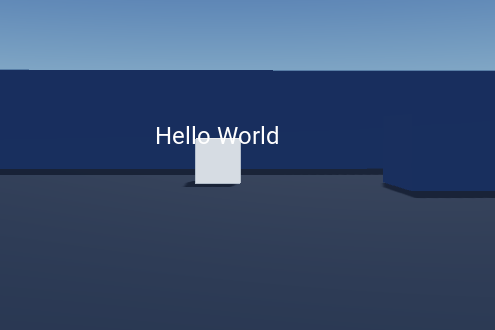 The text on the label is the same size always, period.

The label does not exist in 3D space, it has no concept of depth.

You already know how to convert a point from 3D space to 2D.

I present a few ways to go about this.

By the way, I remind you that the current camera can change.

Scale by the camera projection

Here is an idea: convert another point slightly offset vertically.

Let us start with your code:

We need another point just offset on y axis:

Where v_size is, I don't know, 1? You can make it the vertical size of the label in 3D.

And we "unproject" that too:

Then we take the distance, and use that as scale factor:

Scale by field of view

You can easily compute the distance:

By the way, if you want to use the distance along the direction the camera is looking, you can project over the the z basis from its transform:

Either way, you just use some scale factor divided by the distance:

And you tweak the factor to your liking.

What about the field of view? Right.

Computing the screen size of 3D object given its real size, the field of view and distance took me some figuring out. This is how I made sense of it:

First we will find the size the screen would take on the 3D world at the given distance from the camera. Let us consider half the size. So we have a right triangle with the camera one the corner, one side is in the direction the camera is looking and its size is the distance, the angle there is half the field of view:

We can then compute what proportion of that our object occupies:

And scale that with the view port size:

Actually, let us get a scale:

So we can do this:

Again I have added a factor for you to tweak, because honestly, it is going to look huge on normal settings (considering that the size of the label in pixels is being taken as a size in 3D).

By the way, since you have some factor and - assuming no changes in the camera field of view - 2 * tan(camera.fov * 0.5) is just some constant. Then you probably can simply have some constant. And trigonometry stuff is not needed. Yeah, all that figuring out is just throw a constant factor at it.

Errata: The above method works until the field of view reaches 90º (a quarter turn). Then the tan formula will give you negatives.

Addendum: So here is yet another way to figure out the scale that does not have the problem I mentioned above:

The code projects the top left corner of the viewport to 3D space using the camera projection at two different depths: 1, and the distance to the object along the view line of the camera (depth).

That should give you points in the top left line of the viewing frustum (within rounding error), at depth 1, and at the depth of the object.

Render to a texture

And those aren't the only ways to go about this.

You can render the Label to a texture by placing it inside a Viewport node with its own Camera2D. And then make a ViewportTexture from it and set it to a 3D object.

Not the answer you're looking for? Browse other questions tagged 3d camera godot .

4
Orbiting a specific point - Orbiting Camera
3
3D zooming technique to maintain the relative position of an object on screen
1
Automatically zoom out the camera to show all players
0
WebGL (three.js) - rendering object behind camera far plane
0
Camera (pole cam) implementation problem
3
How to completely stop the camera from clipping into the ground
0
Unity | Camera - Follow target with view port point's offset from center