Given a Physics body with all his properties i want to break the body into two or multiple parts that keep the original velocities.

I intended this as a comment, but got too long.

In real world angular velocity 'kinda does not exist' as such. Spinning is linear speed which is constantly changing. Lets take scenario of ball spinning around point in space and attached to that point by the rope. If you cut the rope, ball will travel in straight path! In spinning disk scenario all parts of disk want to travel in straight path but tension force pushes them toward the axis, resulting in 'spinning'. But if the disk is shattered - all pieces should travel in straight line, with no angular speed.

But... they don't. Depending of size and shape of broken piece - it will have some angular speed. This happens because those points traveling closer to axis have slower speed, points traveling further from axis - higher, this result in tension between them forcing part to spin. The higher difference in speeds between different points on broken piece - the bigger the angular speed. 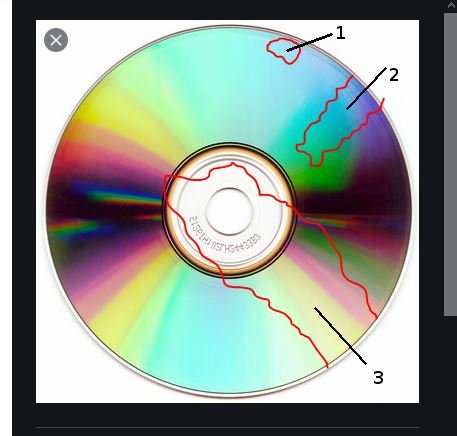 Slo Mo guys have YouTube video of spinning shattering disk - you will see that broken parts are traveling in straight line, and angular speeds depend of size/shape of broken chunk..

how to calculate angular/linear speeds of broken chunks in Unity.. This approximation could work - just before breaking take angular velocity of object, take two points of (will-be) broken chunk - nearest to axis (let's call it n) and furthest one f. Find out their speeds (Vector3). Now find the difference between n and f speed vectors and according to this difference give this chunk angular velocity. Also 'draw' tangent vector from the middle of chunk - this will be the movement direction of it. 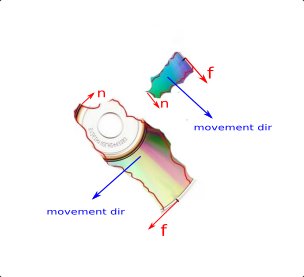 Not the answer you're looking for? Browse other questions tagged unity c# physics .

1
Calculating the force of an impact?
3
Physics system imploding under force
0
Resolving a collision between point and moving line
1
Numerical integration of multiple off-center forces on a solid body
3
2D Physics: What happens with torque when center of mass changes?
0
how to calculate resulting velocity and angular velocity rocket has on center of mass
0
How to create a projectile path in unity using physics