I've been using this small script as a component to any object I want to not be destroyed at scene loading.

It has been working fine. It works for my GameOver canvas which I've been using for a long time whilst making the game.

Today I added the same script to a new AndroidControls Canvas I made. In the Editor it worked fine. Then I built it for Android to run on my physical phone (Galaxy S10). It gave me a Null exception.

It turned out to be caused by the AndroidControls Canvas being destroyed between scene loading (even though as I say, I tested in Editor for a few runs and it didnt get destroyed). And it gets a little weirder because after the attempted build to APK, and fail on physical device, it then failed to work in the editor. It continues to not work in each test after this in Editor, however if I remove the component and add it again, the entire process then repeats.

Please help as I don't have a clue how to start fixing this. The only thing I can imagine it being wrong is it started as soon as I used this script on two canvas's simultaneously. (I highly doubt I am correct but it's the only thing I could notice at all that might be causing this).

This picture actually shows my DontDestroy component is attached to Canvas_AndroidControls, but in the Hierarchy you can already see that it is not in the DontDestroyOnLoad section (excuse the pink overlay for play-mode): 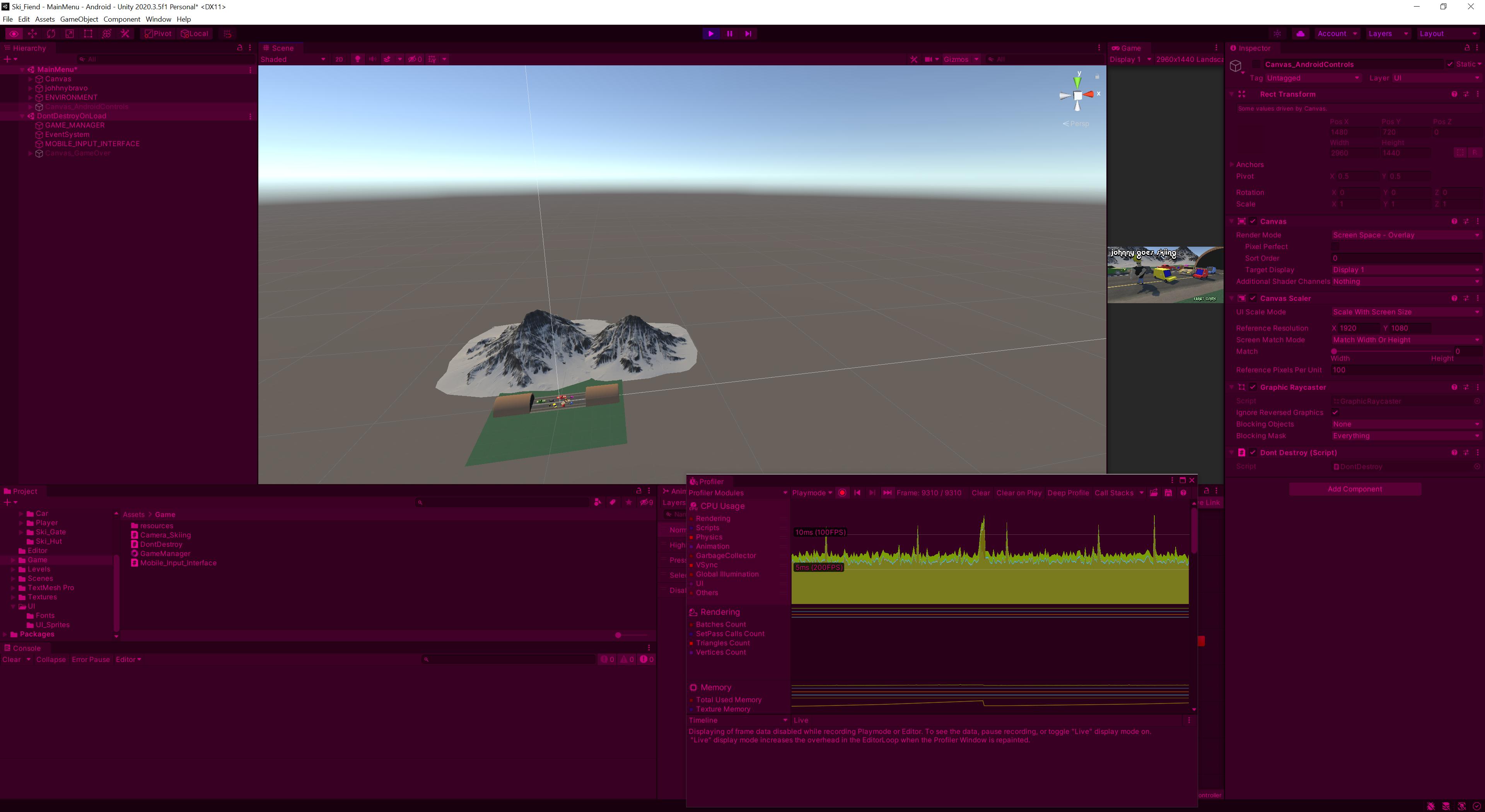 Maybe relevant, here are some of my specs:

EDIT: Since writing this answer, the problem has reappeared. Extremely odd how it worked for a few builds. Then all I did was change the music from one file to another, build again and suddenly the exact same problem process has resurfaced.

(If somebody did wish to see the project, pending me adding it to Github. I zipped it in it's current state, 2 part download: https://file.io/j9ofNLrj4Pp6 , https://file.io/tNkot6Yd6gPx) The problem is evident as soon as you open the project in Unity.

As I stated in the comments above. I can fix the problem by ditching my 'DontDestroy' component completely and just adding the lines to not destroy each object in my GameManager.cs Start() instead.

Seems Unity 2020.3.5f1 LTS is a version of Unity to be avoided. There was no Error or Warning regarding this issue and I had to mess about a while debugging to even find why the original Null Error was thrown.

Until now I was under the impression that Unity builds with LTS tag where very stable and tested builds: https://unity3d.com/unity/qa/lts-releases?version=2020.3

I can confirm that installing 2020.3.9f1 LTS fixes the issue. I removed my workaround code line (as mentioned in comments on question), and re-added my original 'DontDestroy' component to the objects. Now they all remain and are never destroyed upon Scene change.

Not the answer you're looking for? Browse other questions tagged unity c# android .

1
What would cause my script generated buttons and text to show in Unity and not on my phone?
1
Unity sprites rendering problems on Android
0
Unity2D: Don't Destroy On Load UI button
0
How to activate a button?
3
How to create a solid cross-scene game manager in the editor of unity?
1
How can I access a variable on a script in another scene that I made it dontdestroyonload?
0
Black screen after unity updated to 2019.4.17and later on Android