How can I spin a child capsule of a cube parent? 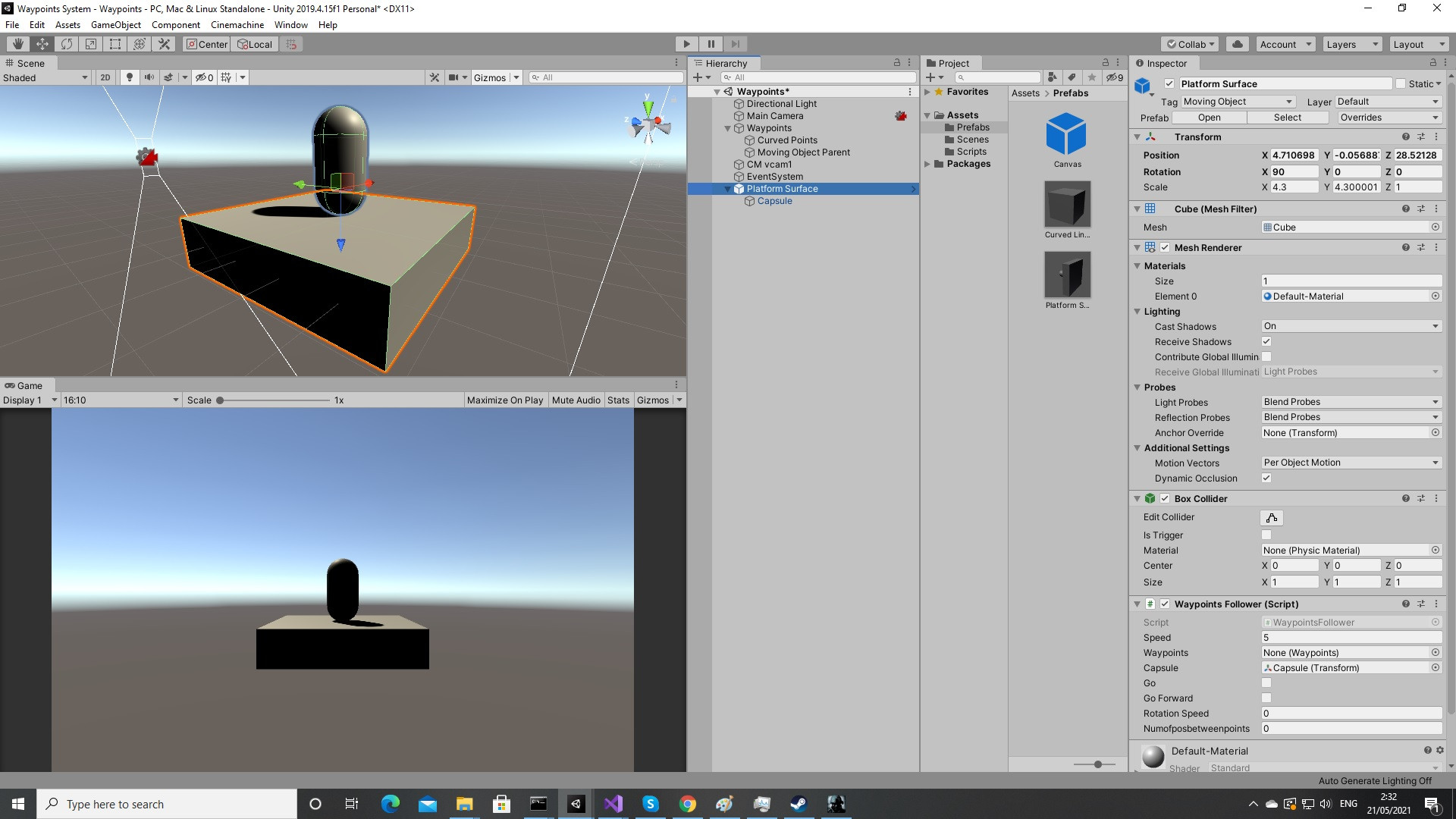 The capsule rotation on the X is also 90 : 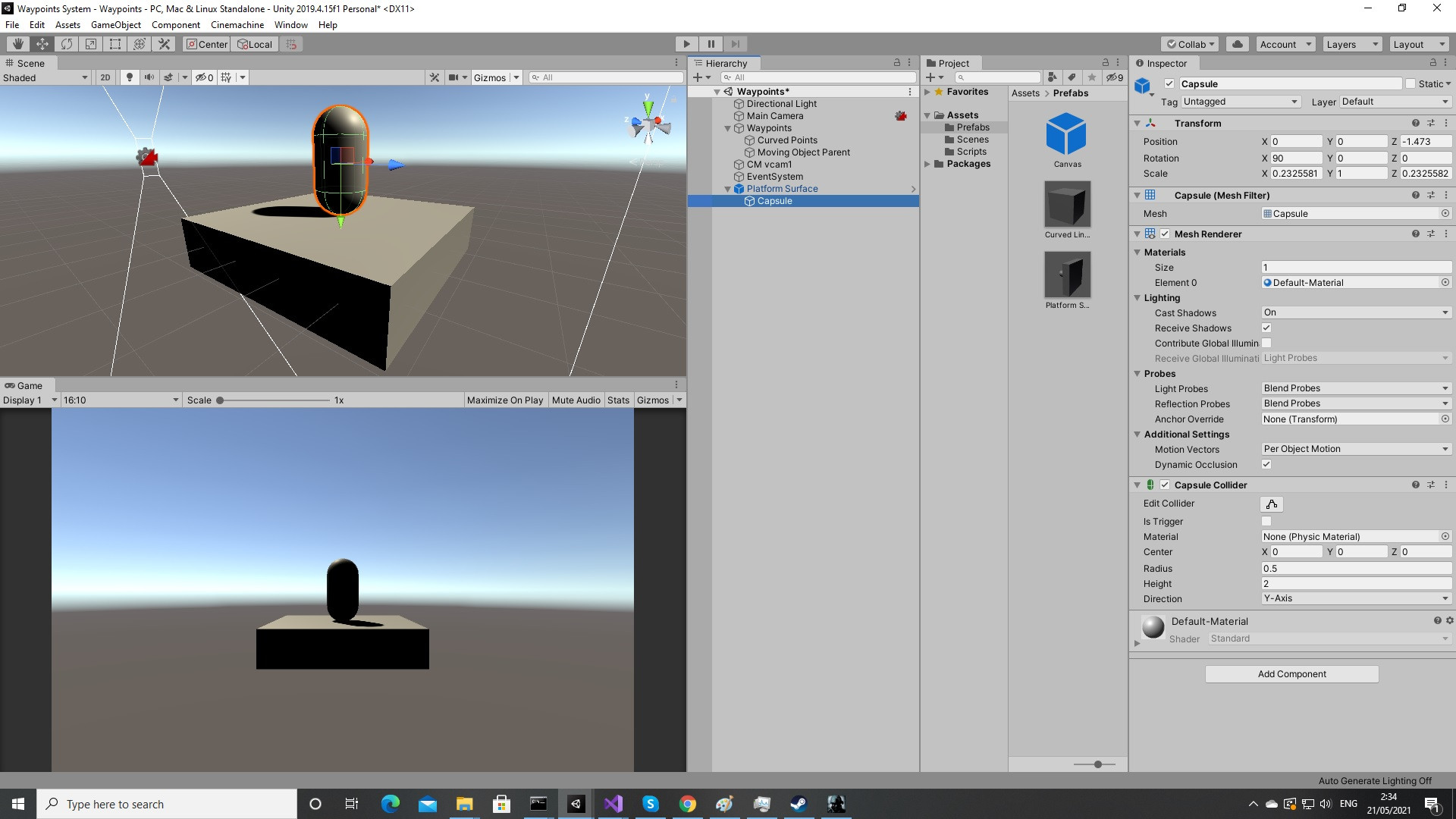 Then in a script at the top, I added speed and index variables for the rotation :

The problem is that because the capsule is a child when I rotate the capsule it looks like the capsule changes its shape and not spinning around itself. If I remove ut the capsule from the prefab and will rotate it on its own it will spin fine but when it's a child of the cube the result is : 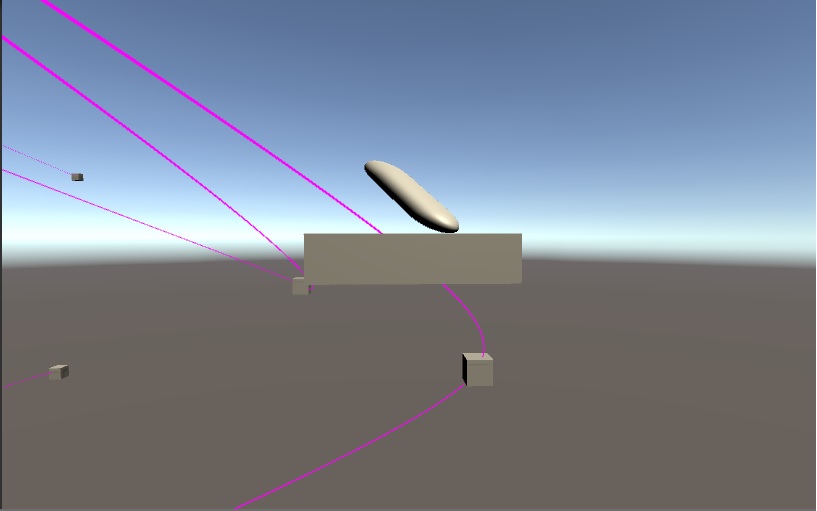 I tried before running the game to play with the capsule rotation in the editor in the inspector changing the Y and Z values and the result is like in this screenshot. but I want to spin it around itself but because it's a child of the cube it's not spinning but looks like it's changing its shape.

The workaround I found is to create an empty GameObject at 0,0,0 and put both Platform and Capsule as a child of it.

Then I added this part to the script above :

This way the Capsule is following the Platform. The empty GameObject is just to put them both together.

and for testing I just did in the Update :

and it's working fine. Now I have to figure out how to make this rotation with the code in the RotateTo method.

You can avoid this distortion by keeping the scale - especially any non-uniform scale - at the leaf nodes of your transformation hierarchy.

Because the root has only uniform scale, rotating it and objects inside it won't cause an distortion.

0
How do I know what axis is facing forward(Blue,Red,Green) ? an how can I make when the transform start move to the next waypoint to rotate it?
1
Unity: set y rotation messed up the object
0
Invert parent transform (doesn't work for combination of rotation and scale)

0
How can i rotate gameobjects back from mirror?
1
I found out how to rotate both Sphere and Cube (1) like a Turret facing a target but why is it so hard?
1
How to completely stop the camera from clipping into the ground
0
Top down off-screen indicator, Unity3D C#
0
How can I add orbit effect to the camera?
0
Why the raycast is not drawn using Debug.DrawRay?