How can I switch the default map to UI in order to pause the game?

I've recently set up the new Input System using Player Input component and invoke unity events. I just have one problem; I want to change the default action map to UI whenever I press the defined pause buttons because pausing won't work when the defualt map is set to Player. I want to do this via code and in PauseInput function. I tried using playerInput.SwitchCurrentActionMap but it didn't work for me. Also, I don't use a generated c# script for the player inputs. Any guidance would be appreciated. 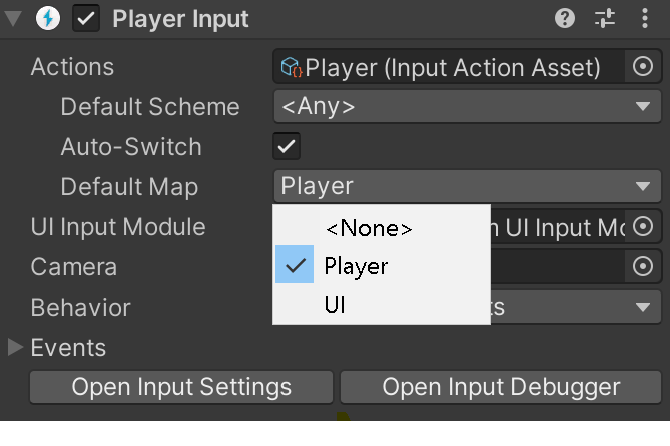 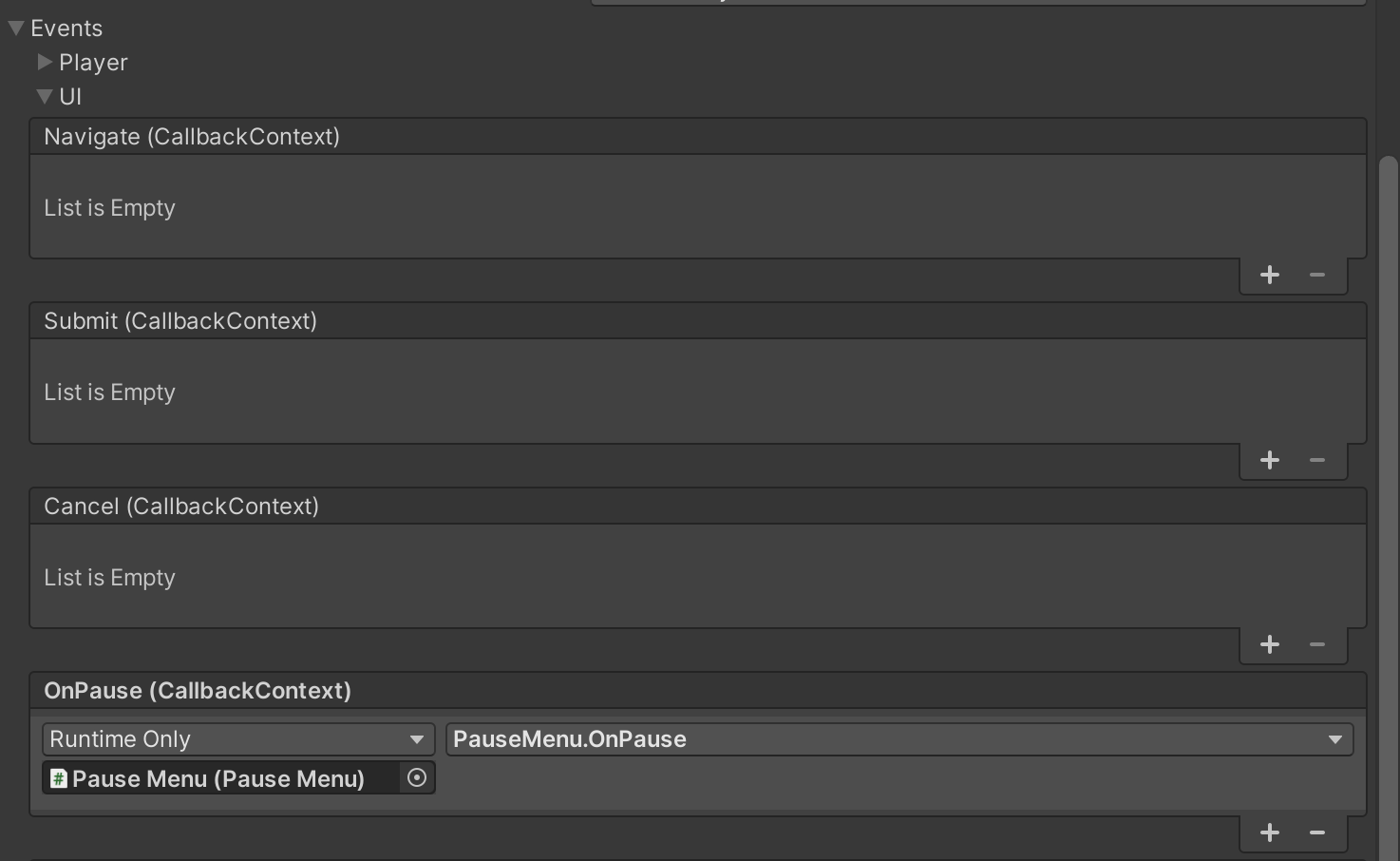 Remember that the callbacks get called for multiple distinct reasons, indicated by the phase member of the action and its context:

So when the player presses the pause button, the following things happen:

So, make sure you check to see if the action is being performed before you act on it, so that you don't loop endlessly cancelling actions.

1
How can i make fade in/out of the alpha color of a material from black to none black?
0
Player tag does not respond to AddForce
3
How to completely stop the camera from clipping into the ground
0
Unity RTS Single Selection Problem
0
How can I change the object to move on the waypoints to move also in reverse?