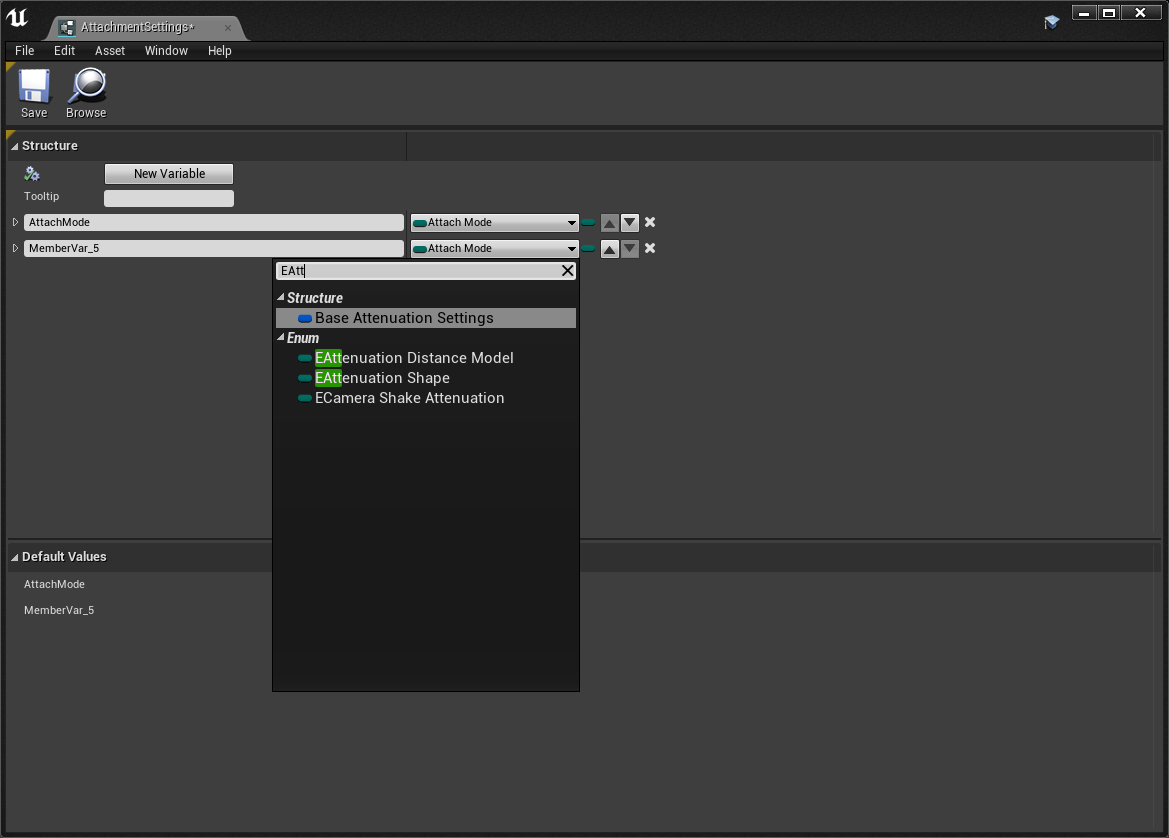 It does look like that is not possible. The easiest way around it would be to create an Enum with the same options (KeepRelative, KeepWorld, SnapToTarget) as the EAttachmentRule Enum and use that instead.

Not the answer you're looking for? Browse other questions tagged unreal-4 blueprints or ask your own question.

0
Display a variable in the UI
2
UENUM definition in header file
0
How to change the value of variable from actor Y by the blueprint of actor X?
1
UE4 Multiplayer how to replicate Player name in lobby
1
Cannot create a C++ Class on UE4
1
UE4 Blueprint Multiplayer Spawning Issue
0
Read actor instance's text variable for widget when triggered on different objects