Hello I would like to make a curved healthbar (like if it is drawn on a cylinder). See the spatial UI element left to the shoulder of the character on this photo for what I mean.

There is a main outline in white and inside the green healthbar When health decrease only the green bar get shorter. 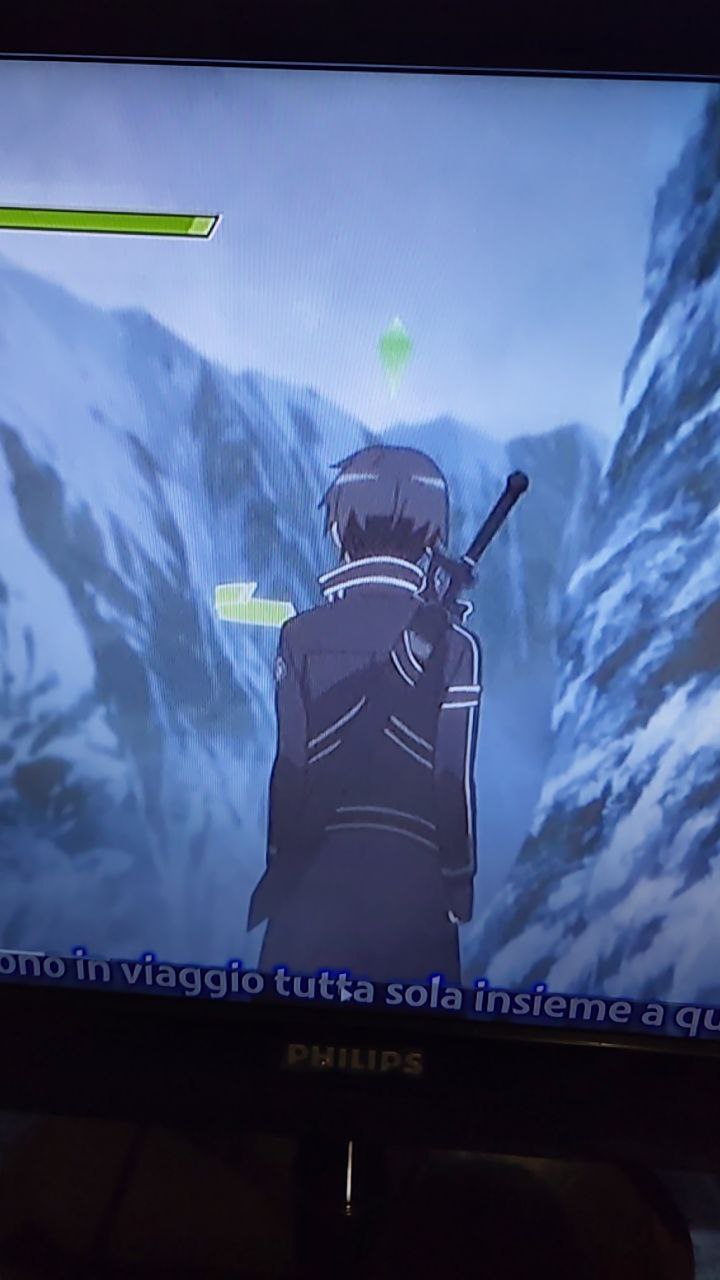 I can use blender 3d but this is not so immediate...

I found a pretty neat solution using the LineRenderer component with a script which places its positions on a procedural arc.

First we need a character. I am using Unity Chan from the Asset Store for this demonstration.

Right-click on your character in the Hierarchy and select Effect > Line. Move that new child-Object to where you want the center of the curve to be. Then go to the Inspector of the Line Renderer component and set:

Then add the following script to it:

This script controls the positions of the LineRenderer. It arranges them in a half circle.

Now you can adjust to taste:

OK, but this is still a solid color bar. You wanted some fancy looking border around it. In order to do that we are going to create not one but two of these lines. One for the border (which always stays at fill state 1.0f) and one for the filling. Then we create separate materials for them. Here are the textures I am using. Note that both are the same size. The 2nd one has a transparent padding. Enable "Alpha Is Transparency" in the import settings of both textures.

Don't laugh at me! I am a programmer, not a ui artist!

Then create a material for it. I am using the "Particles/Standard Unlit" Shader here with the following settings:

but you can of course use a different shader. What matters is that you pick a shader which supports transparency and two-sided rendering.

This is my end result: 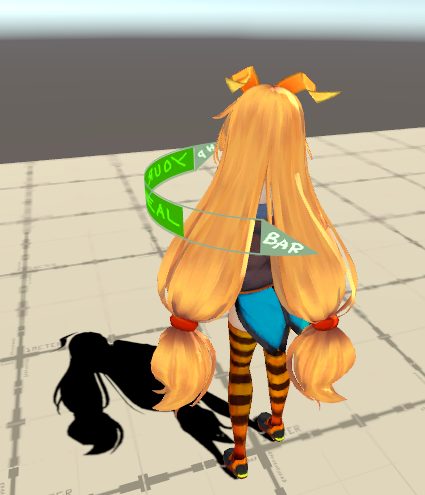 To further improve the results:

You can create the mesh in Blender (or another 3D modeling program).

After that, you can create a single channel texture (red for example), where at the start of the health bar it's 0 and it slowly fades to 1 until you get to the end of the mesh, like this:

Note: The choice of using only one channel for the texture is just because you don't need the rest, you could use regular RGB/RGBA texture if you'd like.

Then create a shader in your engine of choice, and you could use the health of the player and the texture above, to cut out the health bar as you like.

Here is an example in Unity: https://answers.unity.com/questions/14770/creating-a-circular-progressbar-timer.html

34
Why should I choose to design a health bar rather than heart containers?
1
Curved Meters and Gauges
0
Health bar - calculating health bar's position from percentage
4
How to make curved GUI in Unity?
1
How to make a layered health bar in GML
0
First Person Shooter Character in Unity - Meshes Clipping When Close to Body?
0
JavaFX - How do I create a health bar?
0
floating health bar above gameObject for 2D mobile game
11
Non-stretching health bar?