Player clips into the ground when I press the restart button

The title says it all. I have a subway surfers like game prototype, where I just added a restart button that can reload the scene. However whenever I press restart the charaters gets into a slightly lower position. After a few deaths the player is clipped into the ground and cannot jump at all. I looked up so many similar questions, all about checking colliders and rigidbodies but I personally couldn't find anything. It also has to do something with my gravity and stuff. Because I have a gravity modifier that if I set to 1, this issue never happens. The problem is, that then the player jumps around like he is on the moon. I also tried an experiment where I started my player from the air, not from the ground. And with every single restart the player fell faster and faster eventually falling trough the ground once again. So something can be with gravity. This is what I have in the character controller. I wasn't satisfied with my physics and I wanted it to make a bit more interesting.

I tried readding colliders, putting the same scripts on brand new objects, checking on and off rigidbody options.

What you wrote is

which is the same as 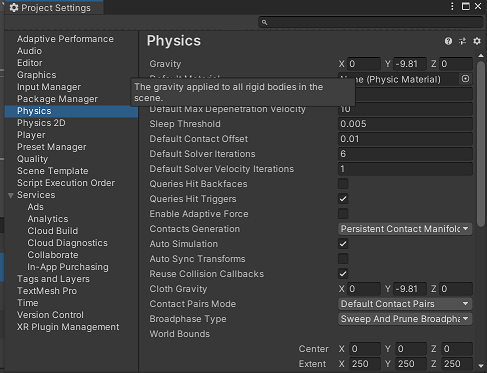 Not the answer you're looking for? Browse other questions tagged physics clipping .

0
Detect when a bullet rigidbody is on ground
1
[Unity]Avoid boucing when ground move down
2
Camera relative movement is pushing into/off the ground instead of parallel
2
Falling through the ground
0
Animation Change Delay When Landing On Ground
3
How to completely stop the camera from clipping into the ground
0
Why is JumpHeight of 7f not visibly lifting Player off ground?