I'm an absolute beginner in Unreal Engine, so sorry for any strange mistakes, formatting, etc. I'm trying to make a game for a project where an enemy chases the player through a maze when it spots the player, but when there's no player it roams around the maze. I have the following blueprint:

Every time I run it, it has varying outcomes. Sometimes the enemy will move around a few times, then randomly stop. It won't return a fail message or move. Other times, it will send a single fail message as soon as the program is run, then not return anything else. And other times, it won't send anything at all or move and just stand there. It'll also sometimes simply turn ~95 degrees to the left then stop.

There's also the issue that the enemy takes the same path every trial, even though it's supposed to choose a random point and move to it.

The enemy easily chases the player through the maze and won't get stuck anywhere, but for some reason the enemy stops moving when it's executing the roam method.

I tried adjusting the radius in the GetRandomPointInNavigableRadius part, but that didn't affect anything. I also tried making the character smaller in case it was getting stuck on certain turns, but that also didn't affect it. Removing the delay made it work a few times, but then it went back to not working after a few trials.

Here's the rest of the code for reference: 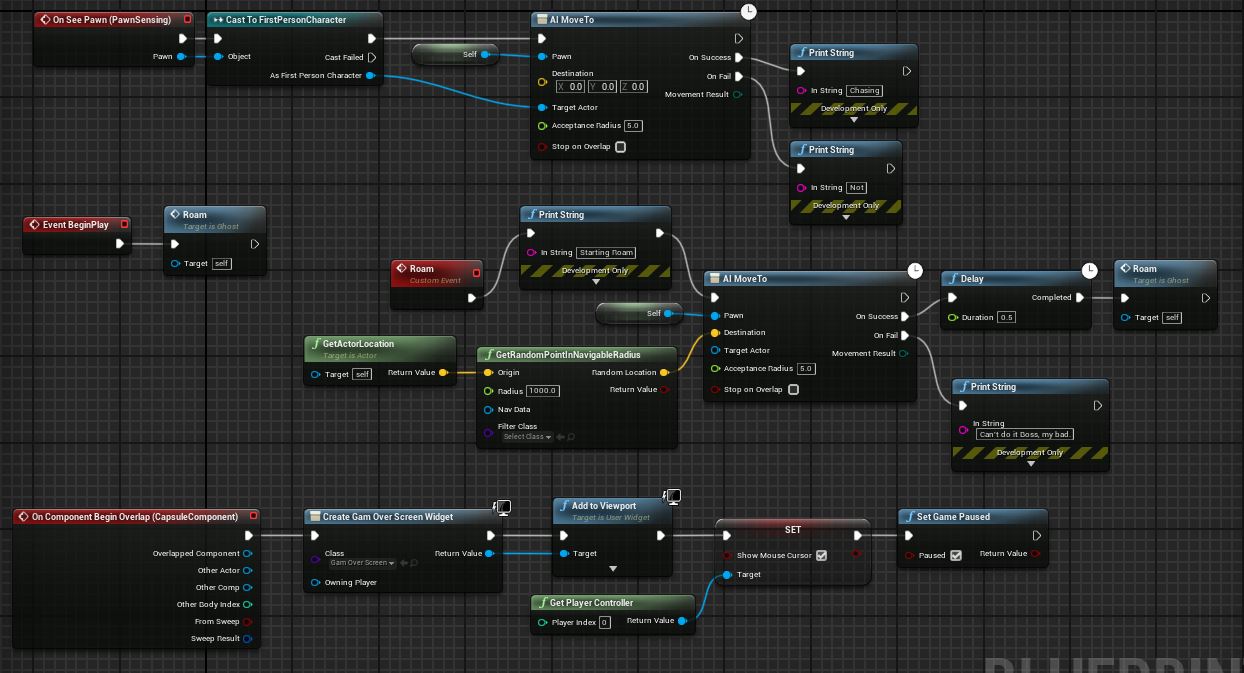 and a picture of the maze: 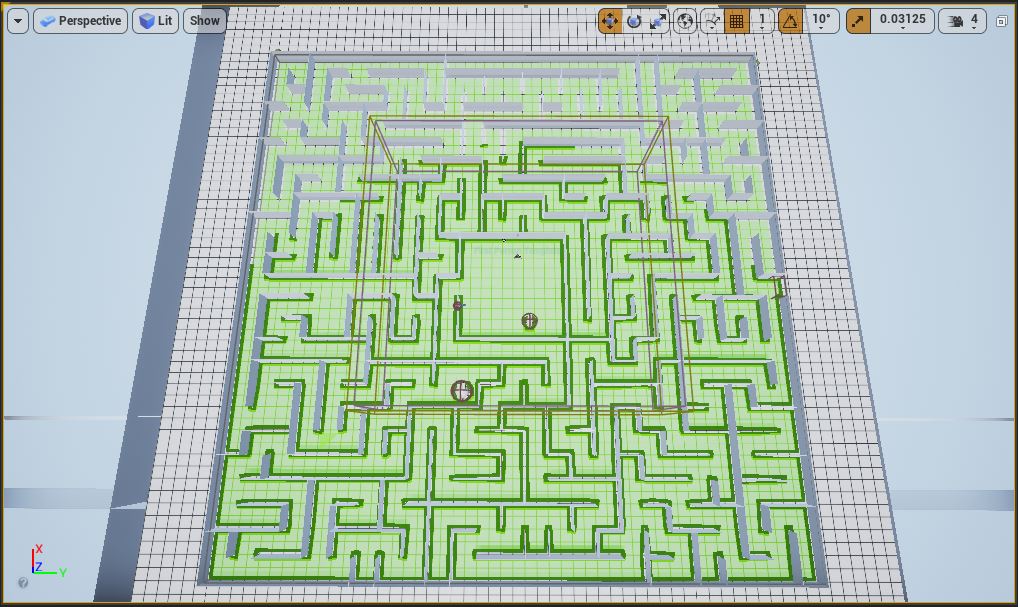 and the enemy's width relative to the maze path: 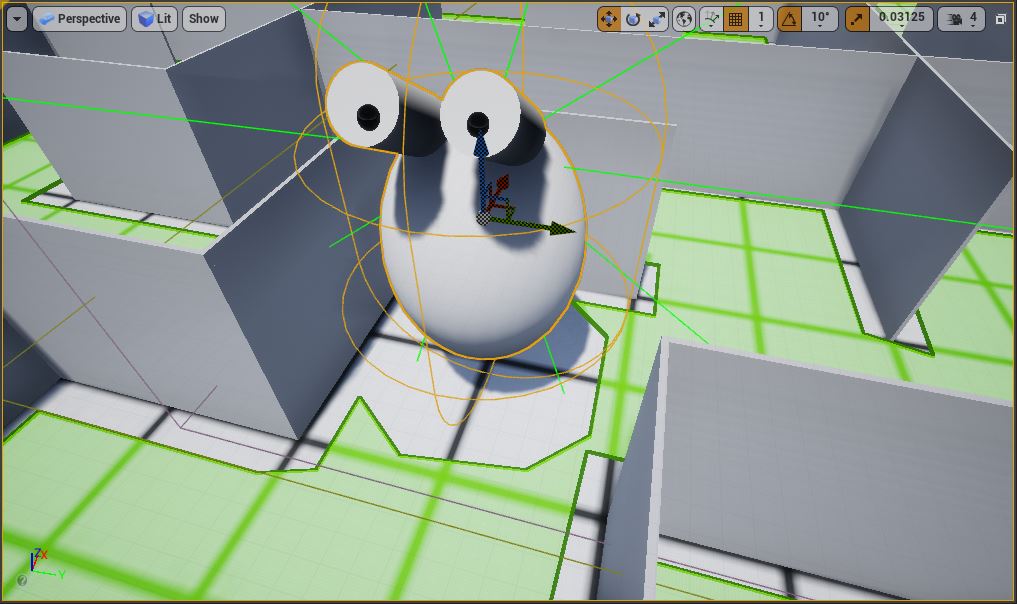 Thank you for any help!

By the looks of it, your character is causing its own problems with navigation. The lack of green underneath suggests that it is blocking the NavMesh.

In the Blueprint, select the Capsule then in the details panel, search for Navigation.

One of the options is "Can affect navigation". Uncheck this and you should see the area under your AI go green and it should be free to move.

Not the answer you're looking for? Browse other questions tagged ai unreal-4 blueprints .

19
AI control for a ship with physics model
3
Making enemy boss movement better than just moving randomly
3
How to do multi-agent 2d pathfinding when agents can block each other?
6
Game AI move towards player while avoiding an obstacle
2
How to stop switching between paths to a moving target?
0
How to Prevent Enemy Overlap
0
Moving an Enemy Toward the Player but only in cardinal+diagonal directions
0
Make enemy follow player intelligently
3
Approximating off-screen action efficiently in a simulation game?