I have been working on a UI Inventory System for my Unity game and for some reason, none of my buttons work in my game. All the buttons have the ‘interact-able’ box ticked and an EventSystem which is in the scene. In my scene, I have an image, which is holding two buttons, in a canvas. The buttons are supposed initiate a function called UseItem when clicked, but they don't respond to anything. I have tested them using Debug.Log, but I don't get any messages back in the Console. I also don't get any errors or warnings. I am using Unity 2019.4.17f1 LTS. The pictures below show my UI.

Here's a picture of my game scene: 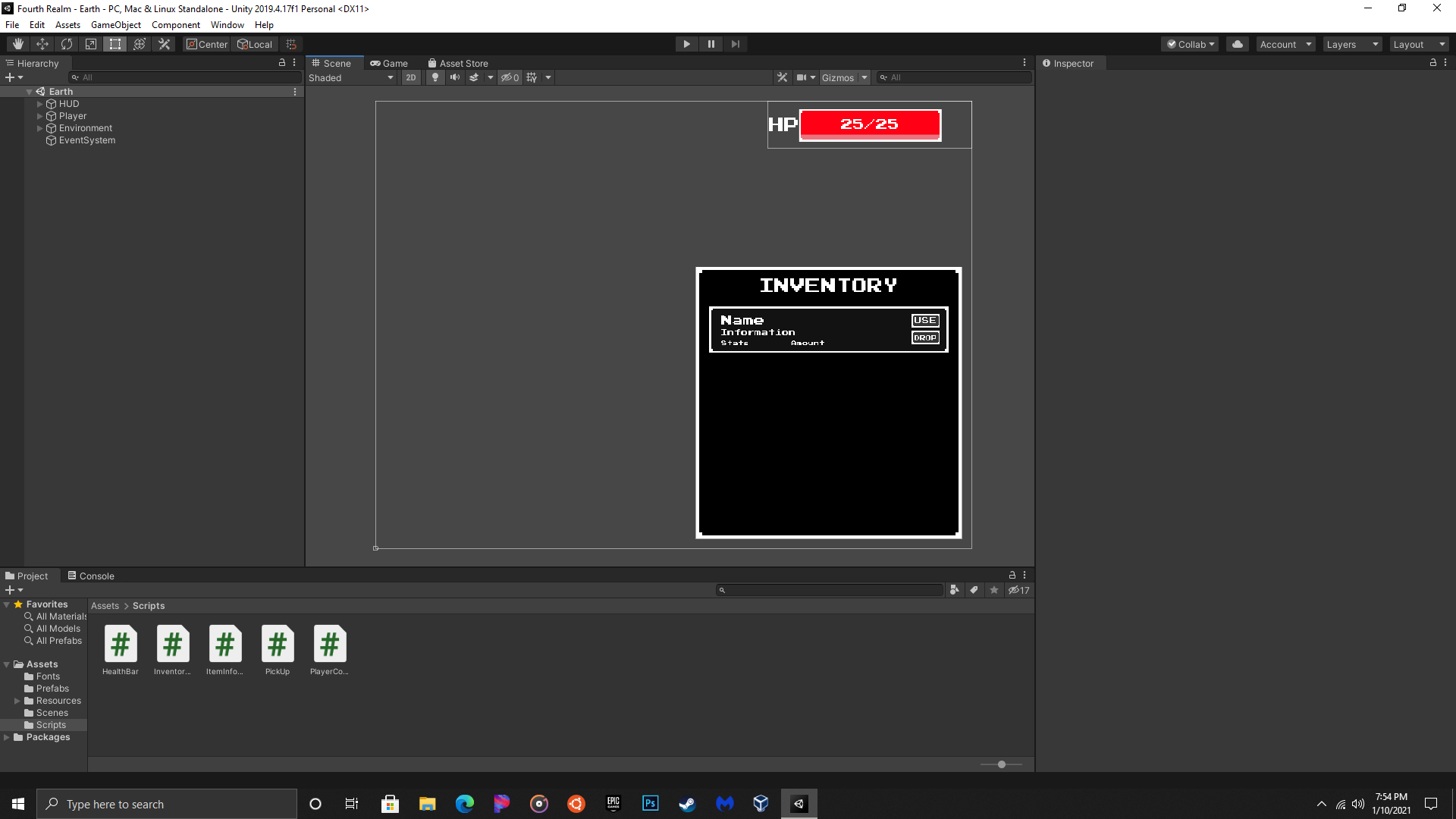 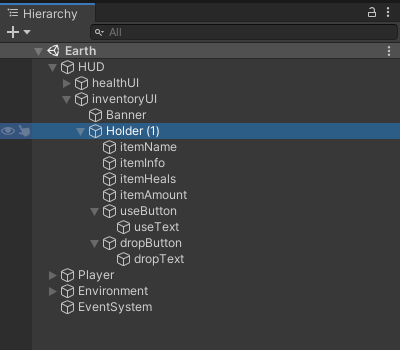 These are the EventSystem's configurations: 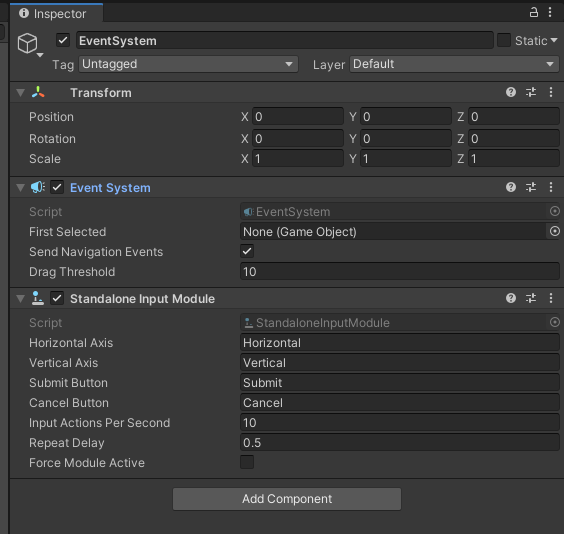 These are my canvas settings: 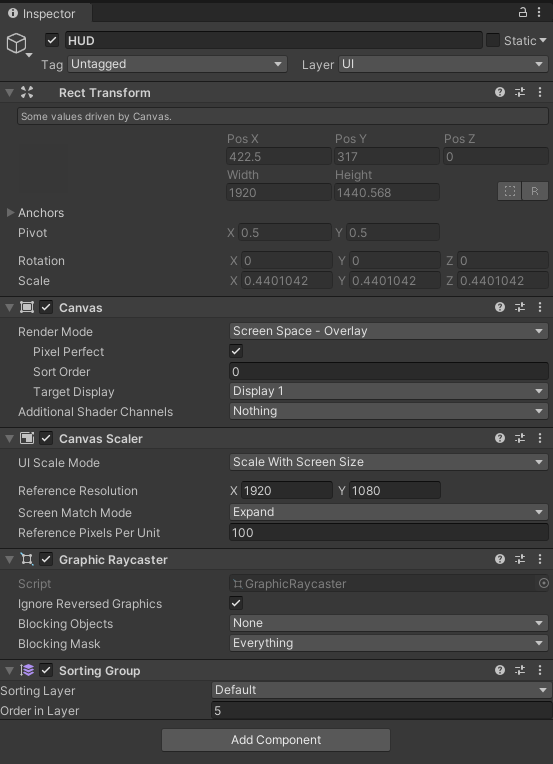 And these are use and drop button settings: 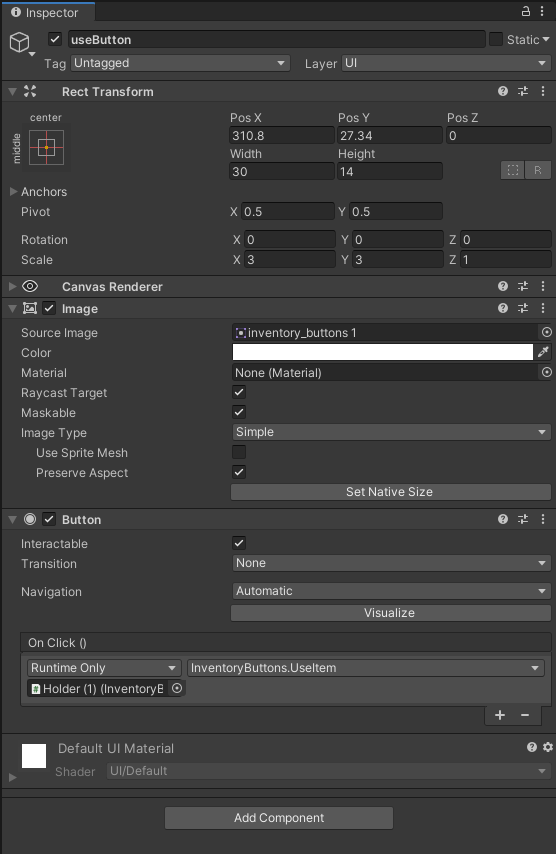 Ok, I fixed my problem. All I had to do was turn off Raycast Target for all my other inventory UI elements.

Not the answer you're looking for? Browse other questions tagged unity c# unity-ui or ask your own question.

4
Grid of buttons in Unity - button bounds are stretching beyond their visuals, capturing clicks meant for other buttons
1
Three button combination to open next scene
2
Why does Unity require an EventSystem component for input during a play-test, where input works fine without it in a build?
2
Why is spacebar causing Unity to fire last OnClick() event
0
Why is the image appearing smaller, in the scene?
0
Unity UI Buttons don't work when clicked, don't seem intractable at all
2
Sort buttons in unity 2D
0
Making an object orbit using c# script for Unity+Vuforia
0
Flipped vertical button element on Canvas not reacting