Supercover line algorithm from corners instead of the square's center?

I need to check whether a cell in a 2D grid is visible to the starting cell. I'm currently using amit's supercover line algorithm, this one https://www.redblobgames.com/grids/line-drawing.html#supercover

The algorithm works but I need the cells that are intersected by the top-left corner-to-corner line instead of the center-to-center.

This shows what I mean: 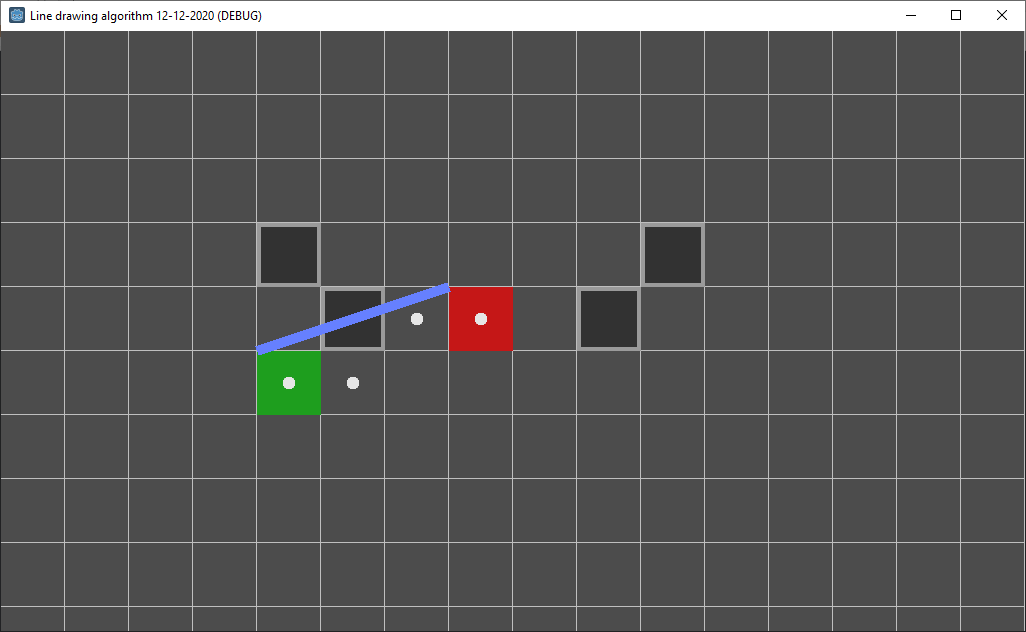 This is my implementation of the amit's algorithm in gdscript

I've also tried Bresenham's line algorithm and the Bresenham supercover modification, this and this, as well as this, but none did the trick

Any insight would be appreciated - thanks in advance!

The solution was to use "A Fast Voxel Traversal Algorithm for Ray Tracing", as suggested by DMGregor, to trace a ray from/to "world" position instead of a grid cell's coordinate. I implemented the algorithm based on this site: https://www.flipcode.com/archives/Raytracing_Topics_Techniques-Part_4_Spatial_Subdivisions.shtml 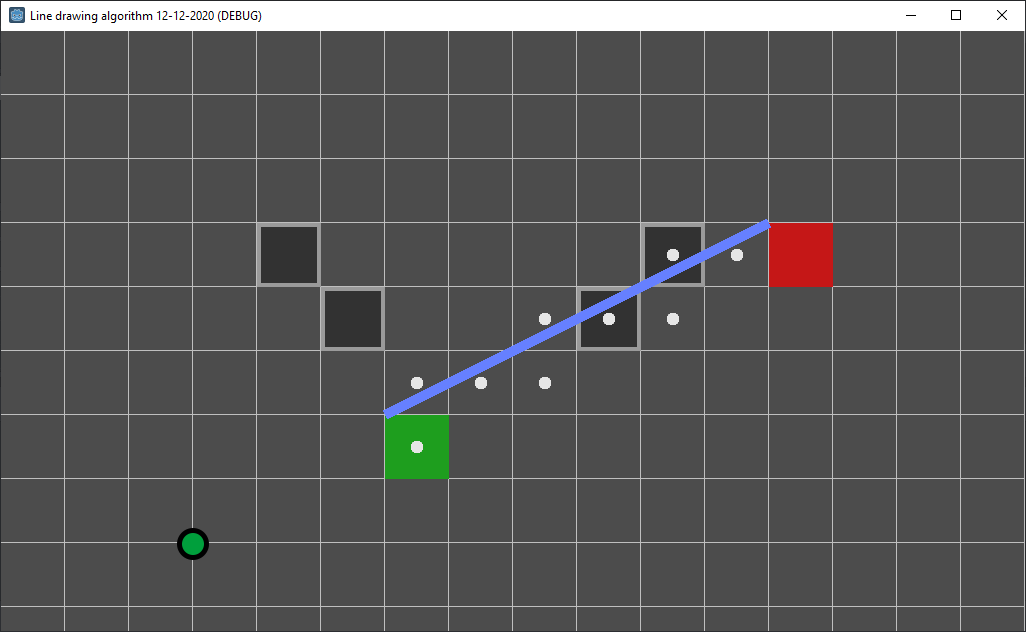 Some of the other links I visited during my research:

Not the answer you're looking for? Browse other questions tagged 2d algorithm grid line-of-sight .