How can I make a chest that can be opened and shut in SteamVR?

I'm working in Unity with SteamVR for a school project. I'm trying to have a chest that can be opened and shut. I tried using a hinge joint but it would break if the attached body was static which is what I want.

I'm now trying to use a circular drive which works better but the lid to the box will move away from the intended position when colliding with the body of the box which is set to static and kinematic.

I can fix this by setting the lid to kinematic but it won't collide with the body anymore. Both the lid and body are properly colliding with the hand and with a sphere I added to help test collisions.

I'm assuming the issue is that two kinematic objects can't collide with each other but I don't know how else to approach this.

There's two different parts to your chest: The bottom part and the top part which would open up like so 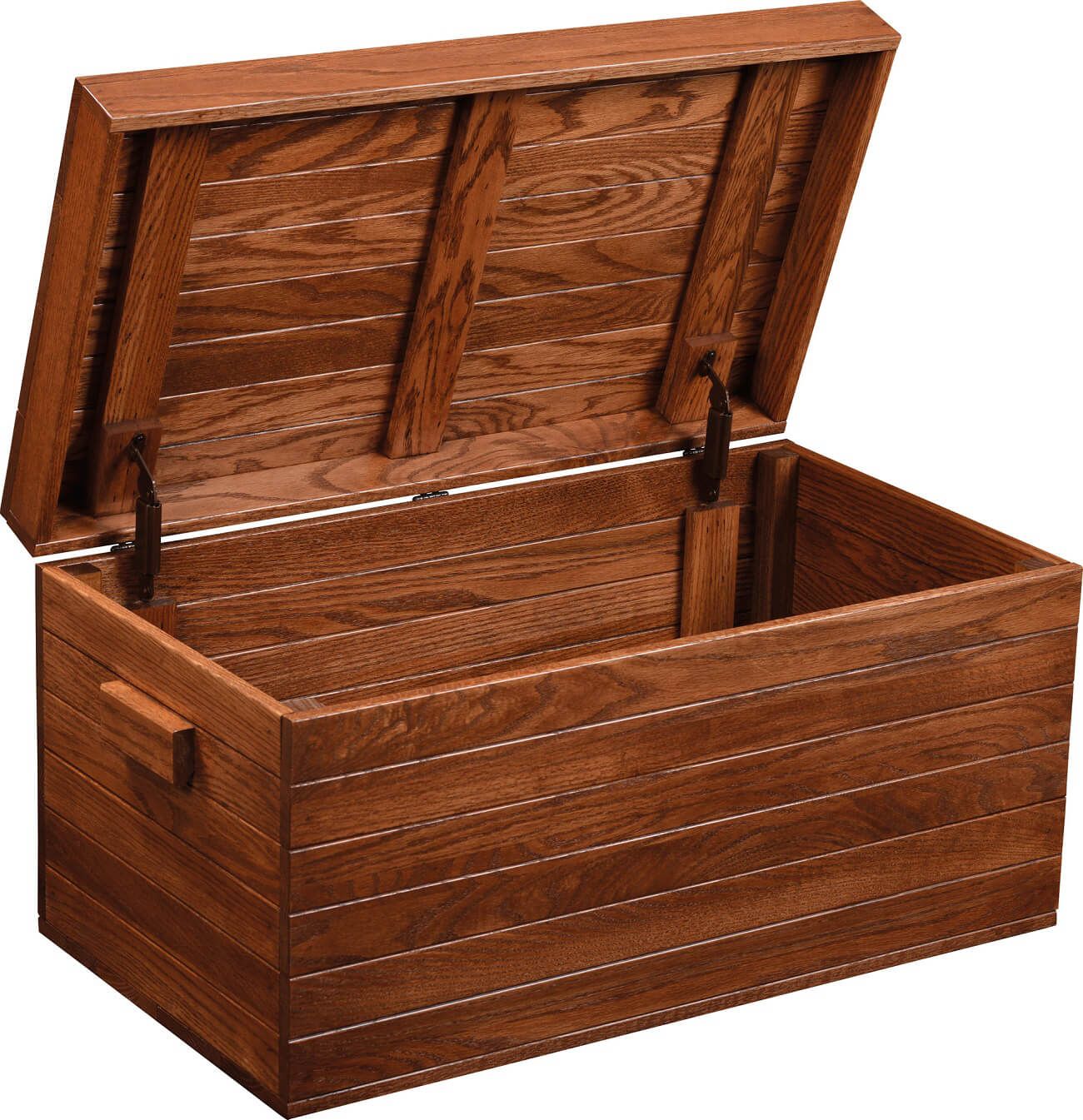 One thing to understand is that 'static' objects are expected to never move throughout the scene e.g. a bridge, or a building

Sounds like in your case, the base of the chest would not move, so indeed it should be static, but if the top part can open, then it should not be static.

What about kinematic? From unity docs: If the object is kinematic, "Forces, collisions or joints will not affect the rigidbody anymore." i.e. you will not be able to grab onto the chest's top part and open it up. This means that the top part should not be kinematic either.

Here's a video that shows how to do that, except he's doing it with a door. Same concept applies to your chest though. https://www.youtube.com/watch?v=3cJ_uq1m-dg

I decided the answer I was looking for was a lot simpler than I was making the challenge out to be. instead of actually needing the lid and the body to collide I just needed to make sure they never clipped through each other. the circular drive lets me set limits for how far the drive can rotate, I set the min angle to -90 and the max angle to 0, this way the lid cant go far enough to ever go through the body.

Not the answer you're looking for? Browse other questions tagged unity steam-vr or ask your own question.

5
How can I set up a Pong-style game using the physics system in Unity?
2
Is it possible to tile box colliders without causing “false” collisions in Unity3D?
4
Unity Ragdoll Colliders don't collide
0
Lerp vs. Animation
0
Buggy behavior on basic hinge joint (pinball flipper)
0
How can I determine when colliders of two gameobjects touch one another?
0
Decreasing distance for a Configurable Joint at run-time | Unity
1
When setting Rigidbody.isKinematic true collider won't work anymore