Sliding movement on a grid

I'm trying to implement "sliding" movement on a simple grid, where the movement vector is continuous (floating point direction) but the grid is discrete (boolean blocked or open on integer axes).

The "destination" tile is found by adding the rounded movement vector to the current tile. That part is naive and works well enough. 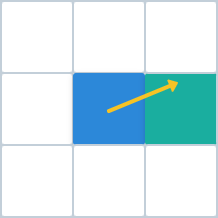 But this movement ends up being restrictive and I'd like to enable "sliding" to approximate player intent. My goal is that if the destination tile is blocked, the "next best" tile is used instead, provided it is available. I don't know how to calculate that. 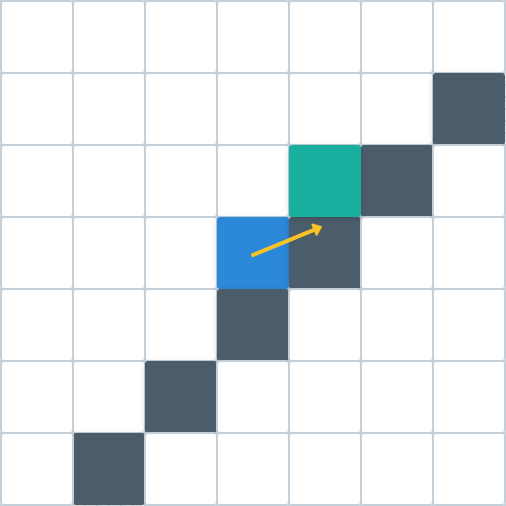 However, crossing a diagonal should be allowed either, so the following case should result in the movement being blocked: 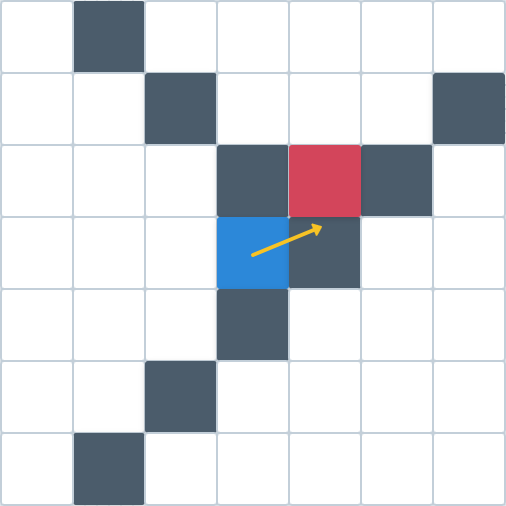 Finally, I'd like this algorithm to be as permissive as possible, so even the smallest component of the movement vector could win if no better alternative is found. For example, the movement should carry upwards in that case: 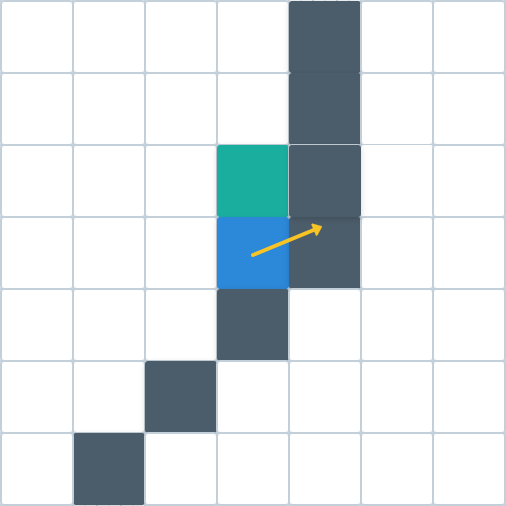 This sounds like a fairly simple problem and there may be existing algorithms for it, but I don't know what it's called, so I'm having trouble finding resources on it.

You'll likely want to set a minimum threshold on the check in step 2. If the smallest component is very close to zero, you might want to stop rather than slide, to avoid it feeling too slippery.

I realized I needed to cover more cases than my question initially asked for, so this is the approach I used instead of the accepted answer (which did cover the initial cases).

Not the answer you're looking for? Browse other questions tagged collision-detection movement grid or ask your own question.