I have stumbled upon an issue that is now taking a lot more time than I assumed. I have a game that has a lagging issue and I have tried almost all techniques that I could remember to fix that but now I am in desperate need of advice. I am on Unity 2019.4.14f1 (URP)

I have done the following:

Here are the setting screenshots: 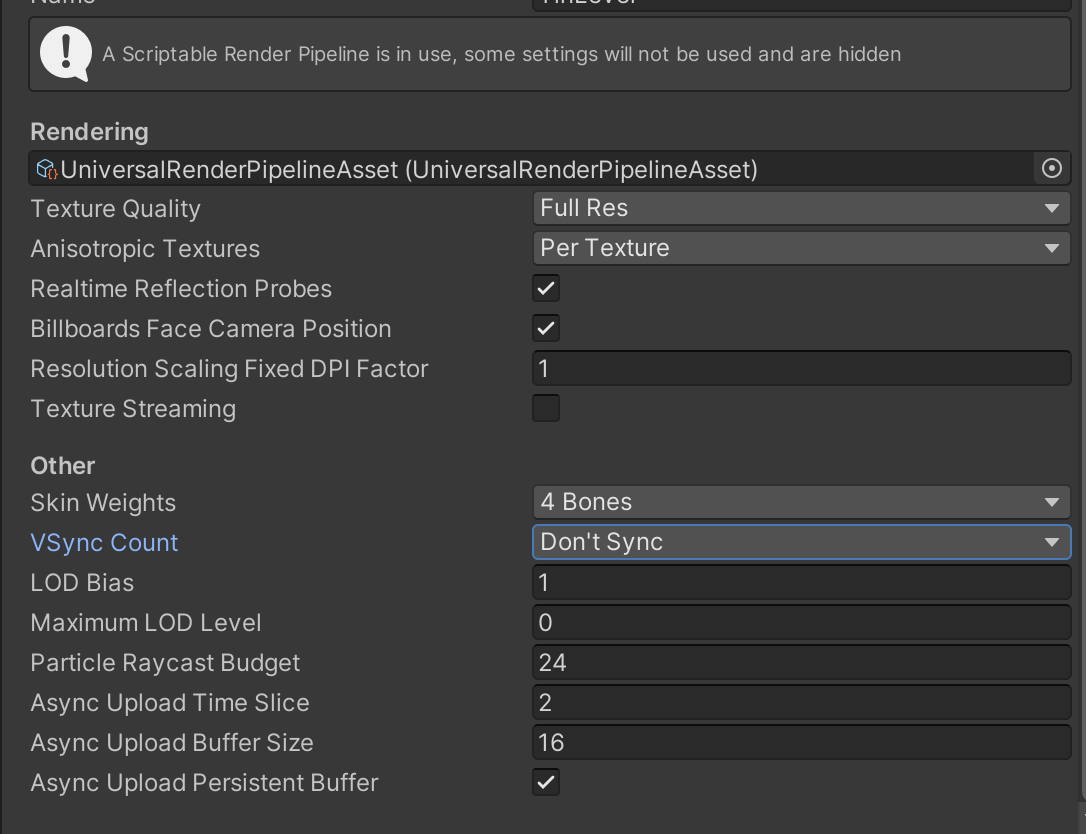 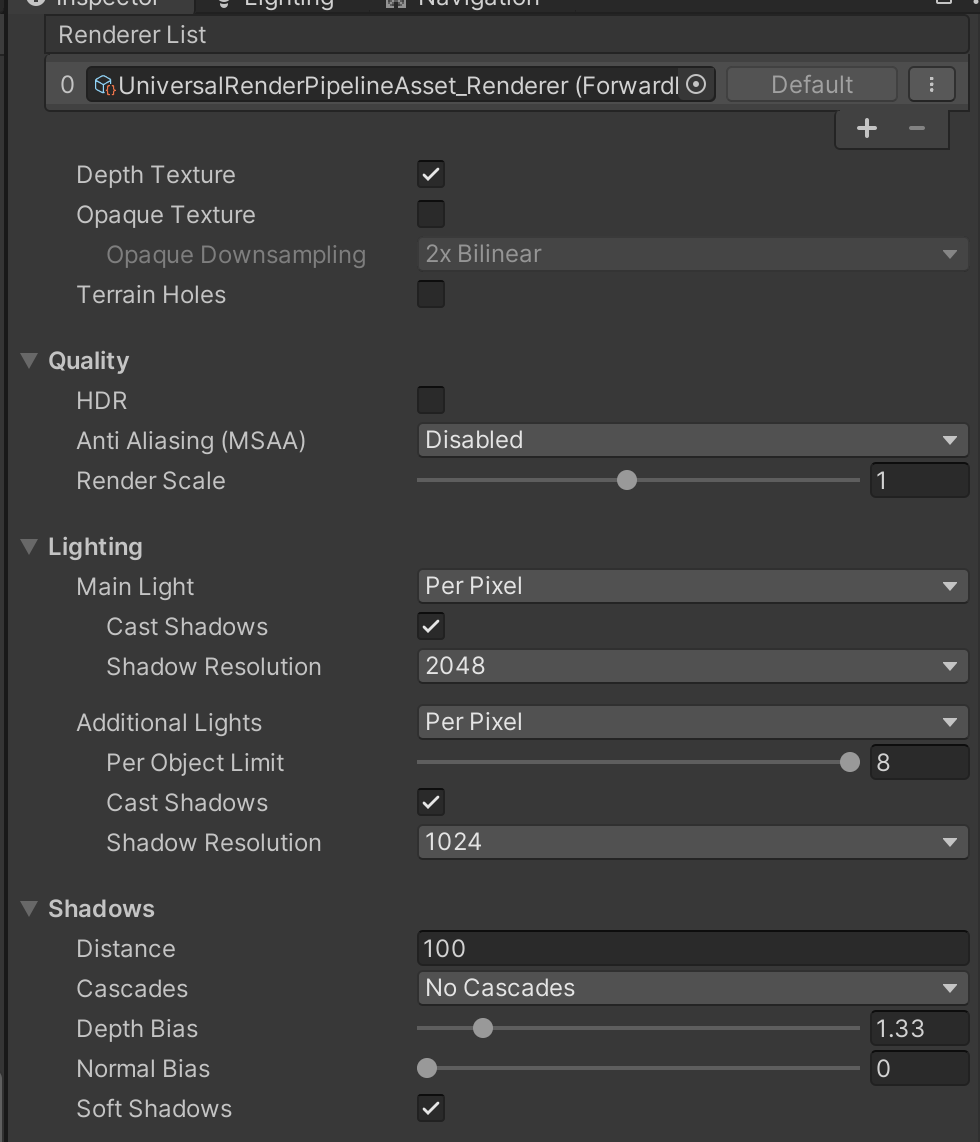 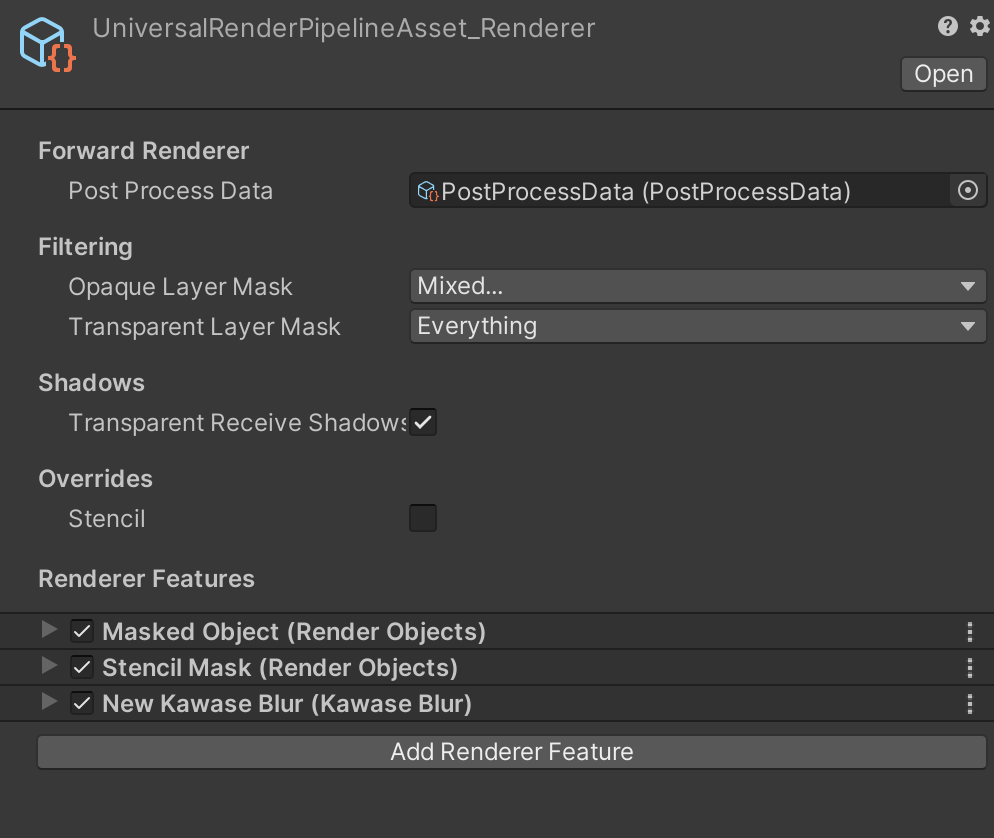 Here are profiling screenshots of gameplay without turning off everything.

Here are the screenshots when everything including Ui, 3D Env/Char, and lights are turned off. 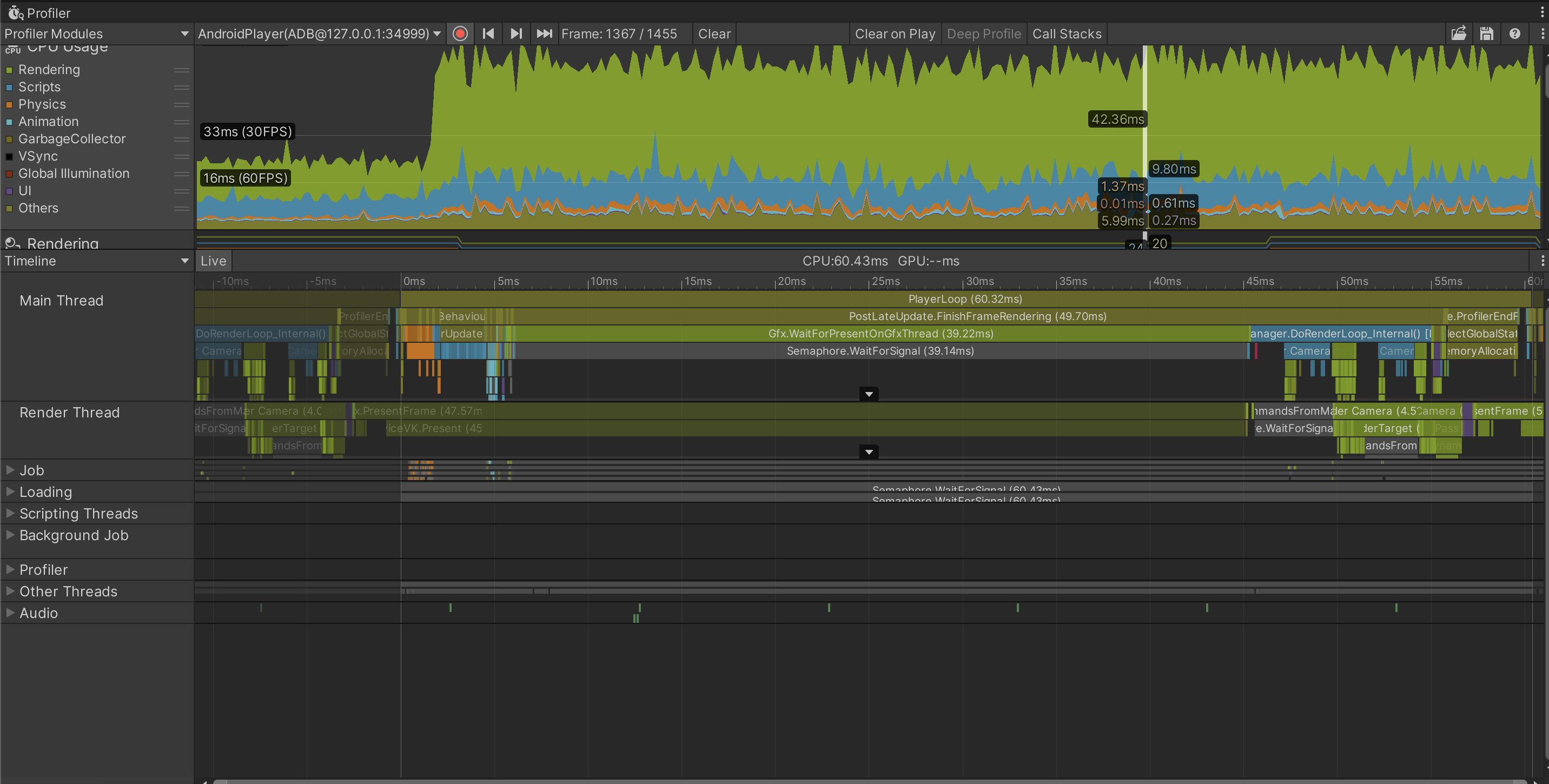 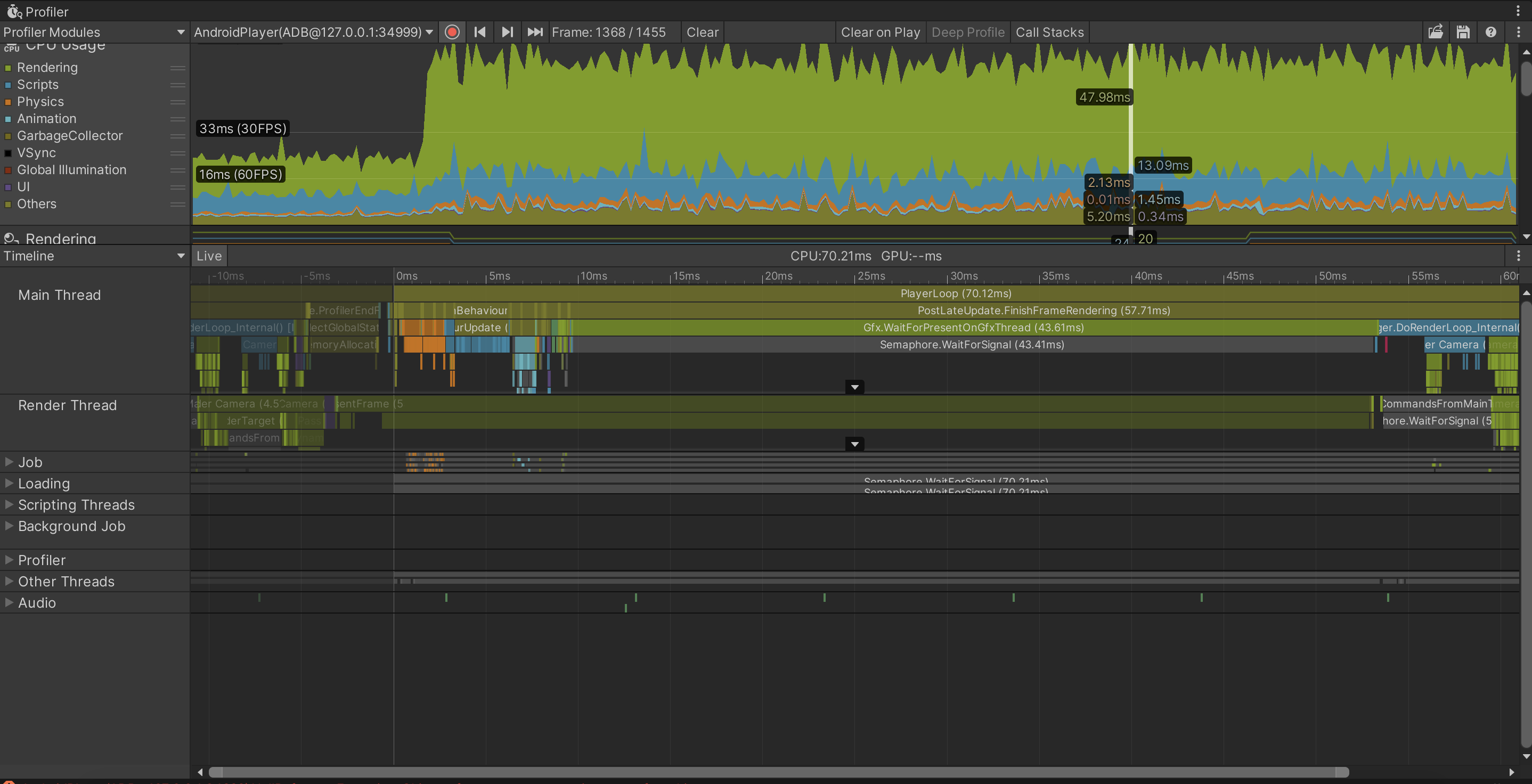 So after a lot of digging finally achieved 60 FPS on Samsung Galaxy S6 with the following steps:

Not the answer you're looking for? Browse other questions tagged unity android lag or ask your own question.