The player can jump forever without approaching the ground

I'm making a 2D platformer with Unity. I want to support both keyboard and gamepad, so I'm using the new Input System and Player Input component with invoke unity events behaviour. I defined two variables called GroundedRememeber and JumpPressedRemember and basically they work like timers and check if the player leaves the ground and then the player can jump when he is near the ground without need to touch it. But the problem is that these timers are not working and the player can jump forever when I press jump button rapidly. 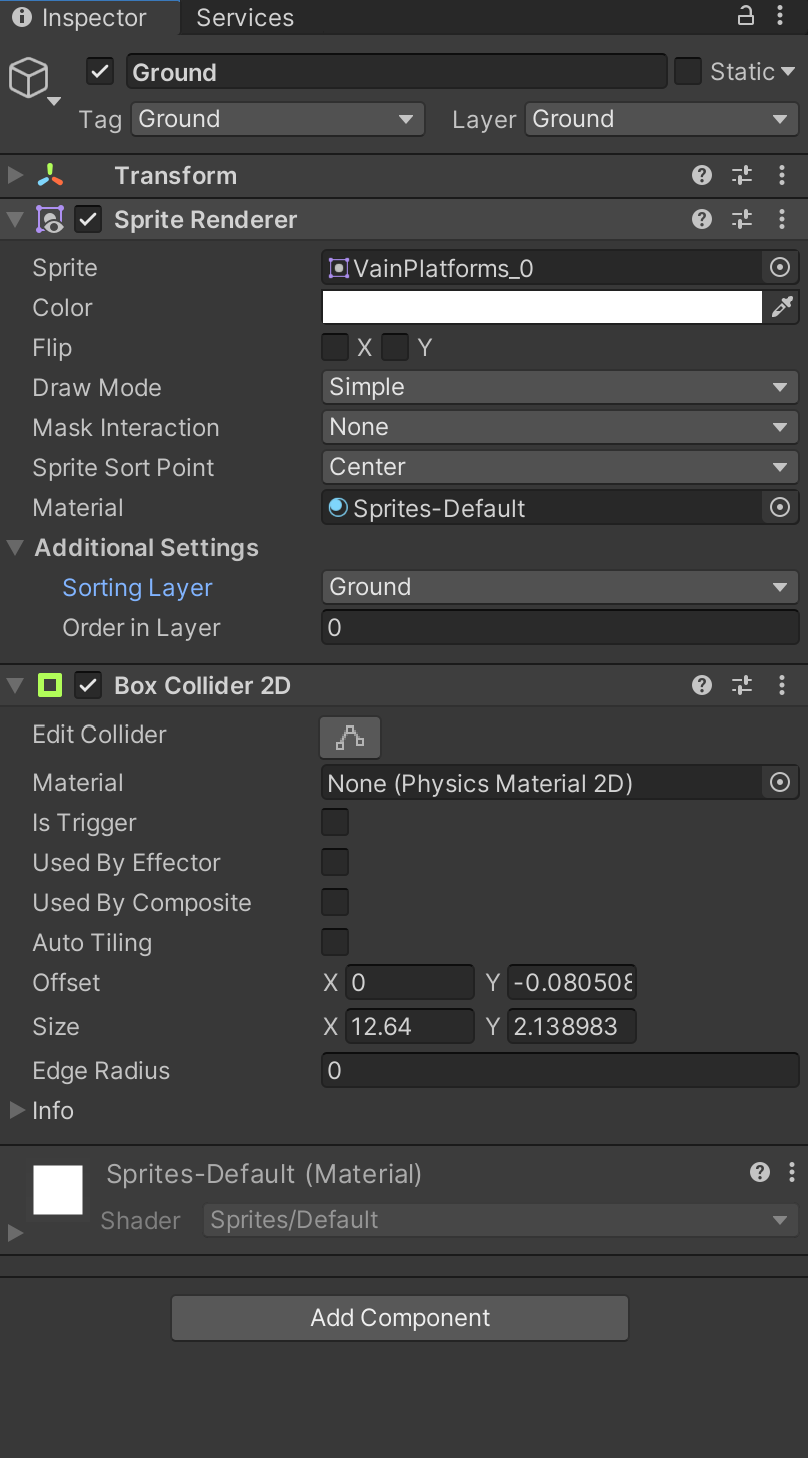 As mentioned in the comments, it looks like this line...

...is detecting an overlap with the player's own collider, and so it concludes that you are always "on the ground".

If you want this check to only detect "ground" objects, then you need to tell it that's what you want.

Add a new public variable to the top of your script like so:

In the inspector, edit this field and check-off only those physics layers that you're using for objects the player can stand on.

Make sure the player characters themselves (and crucially, their collider(s)) are on a different layer.

You can add more layers if you need, and control which layers can collide with (or trigger) which other layers.

The order is important here. LayerMask can convert implicitly to an int, and from int to float, so if you put it in the wrong argument you often won't get a compiler error, the engine will just misread your LayerMask as an angle or depth and carry on doing the wrong thing without warning. So be sure you've put it in the fourth slot.

In your latest code, you have an extra jump that's not controlled by your grounded check at all:

Anytime the player has even the slightest upward velocity, they'll be able to jump without ground nearby. Did you mean to replace this when you changed your code to use the Remembered variables?

0
How do I detect if my object is grounded?

0
The second double jump animation doesn't finish before the player touches the ground
0
How can I stop the ball from bouncing forever without changing the gravity?
0
Why the player clings to the ground and cannot jump?
0
Why do edges make the player jump?
0
Why when playing mixamo animation on my player the player ending and also while playing the animation inside the ground(terrain)?
0
When using IK the player head is looking at down the ground instead looking at the object target up what can be the problem?
0
Prevent Player from Moving During Jump