I am trying to use the Minimum Translation Vector (MTV) returned from the SAT algorithm for simple collision response. Please see the example below. 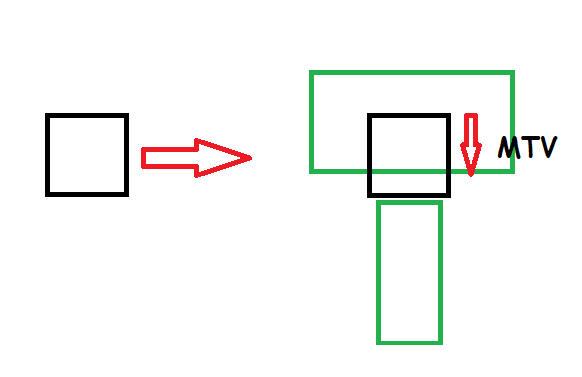 Am I missing something, or is collision response not possible using the MTV?

Browse other questions tagged physics-engine separating-axis-theorem or ask your own question.