How to make attention grabbing notifications?

A lot of my play-testers miss the tutorial notifications in my game. The notifications fade into the screen and fade out after the player progresses away from where the tutorial was relevant. I've tried adding a moving gif (the little orange thing in picture below) but it still doesn't draw enough attention. Could someone please recommend me some options for how I can catch the user's attention better?

In the example below, the player is given their first "key item" in the game and I want to direct them to click on the "Special" items tab. About 60% of my play-testers open it up, while the other 40% skip past it by clicking the "Search" button to progress to the next part of the tutorial. Then some time later, when the player needs to check their "Special" items, they don't know where they are. 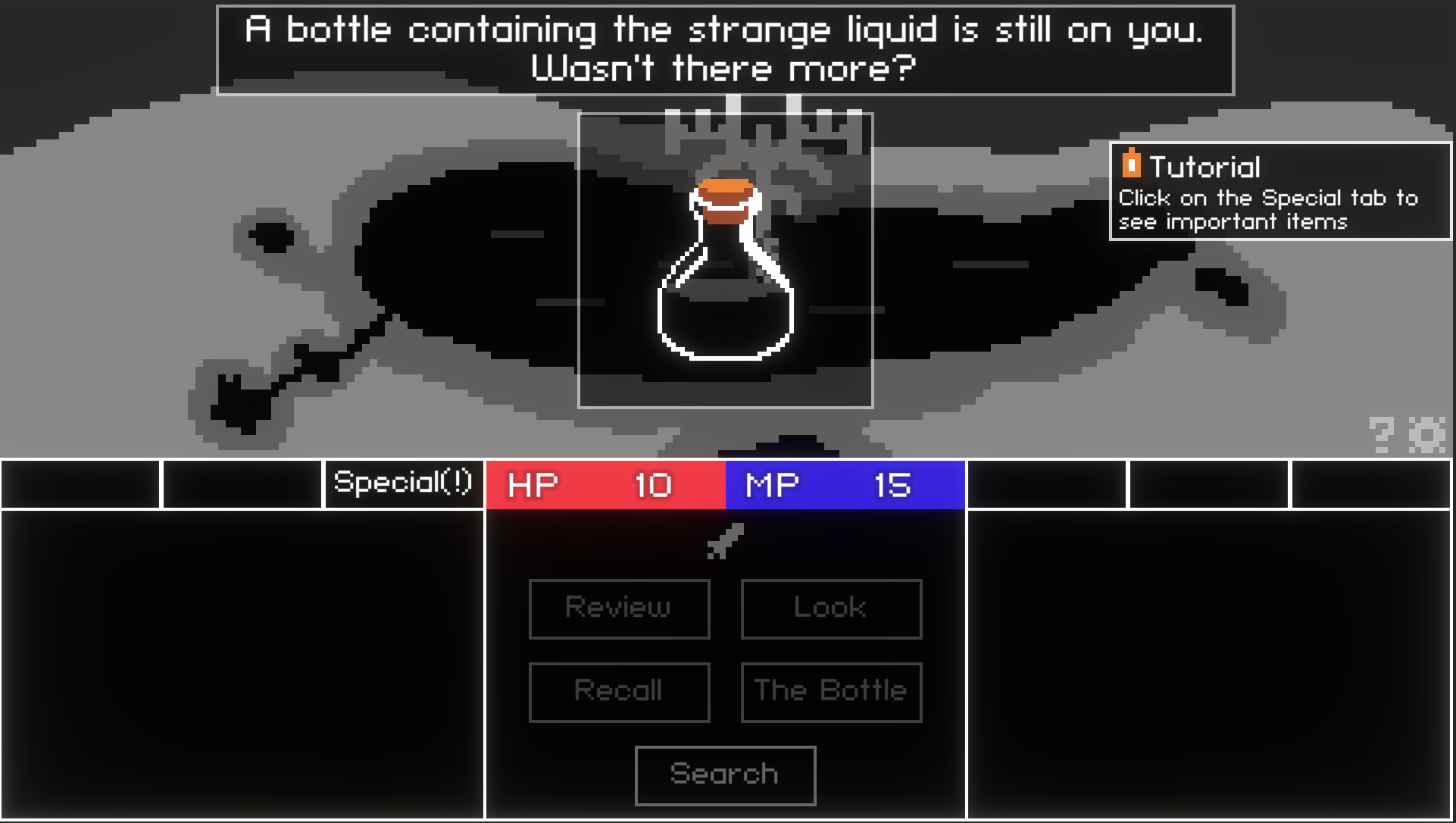 I'm a little unsure if I should prevent the player from progressing until they perform certain actions the tutorial asks. I feel it makes the game feel rigid, but as my game is more turn-based with decision buttons, its like I can teach them they can push blocks to make a staircase to get over a tall hill as one would in a simple platformer.

When you want the player to complete a tutorial before they progress, then it usually helps a lot to give the player a good reason to complete that tutorial.

The direct way to do that is to simply prevent the player from progressing before they learned the mechanic you want to teach them. For example, if you want to teach the player how to jump, put the tutorial tooltip in front of an obstacle which blocks the only way to progress and which the player can only pass by jumping. If you want to be even more direct, trap the player in a situation which they can only escape by jumping. That way they can not even come to the false conclusion that progression is impossible here and backtrack without learning the mechanic.

If you want to be more indirect and more considerate of player agency, then it can be helpful to promise a reward for learning the mechanic. Place some reward in a place where it is very visible and attention-grabbing, but can only be reached by using that mechanic. For example, if you want to teach the player how to climb ladders, then create a very plain and boring passage. Then add a ladder in the middle of that passage with a very visible treasure on top. With nothing else to distract them, the players attention will immediately be caught by the treasure. They will look for a way to reach it. That's where they will appreciate the tooltip telling them how to climb the ladder.

Regarding your problem with the user not remembering the tooltip about the "Special" tab: Don't give them that tutorial popup when they first encounter an item which goes there. Give it to them when they first need to use the item which can be found there. Ideally you would pace it in a way that this happens immediately after receiving that item, so they still remember getting it.

The notifications fade into the screen (…)

Don't do that. Making them appear suddenly would catch more attention.

With that said, motion is probably a good idea. You can make the notification slide in the viewport.

Another thing to try is to have a sound effect associated with it. As long as it does not bothers the players too much.

We could argue for other stuff to draw more attention to it, however, we would be into annoying territory.

How exactly do you design your tutorial? Usual wisdom is to stop the player until they perform whatever they are supposed to learn (be it from following instructions or figuring it out by themselves). Then again, over do it with the notifications, and you are in hand holding territory (notifications says do x, then do y, and so on).

For example, if you need to teach how to break objects. Put breakable objects blocking the way. A good pattern is to:

Plan ahead how you would do that for every mechanic you introduce. In fact, your tutorial does not need to look like a tutorial. Nor be front loaded. You can spread it out, and teach mechanics as the player unlocks them.

If players are having difficulties with learning the mechanics, consider working on the mechanics to make them more intuitive (see the concept of Affordance). In fact, some hints can be useful. For example have some way to highlight objects with which the player can interact with (perhaps that can be disabled via menu). Which reminds me of assist mode, but that is another tale.

Not the answer you're looking for? Browse other questions tagged game-design gui tutorials or ask your own question.

12
Dual Currency vs. One Currency in social games economics and monetization
4
How do you manage a crowdfunding campaign for an indie game?
3
How can I ensure the player learns all skills in a single open level?
5
How do I teach the players that their strong but slow attack can not be cancelled?
6
How to make levels that never get old, even with a leveling system?
7
How to “hide” an adventure game in an RPG
19
How to make healing in an exploration game interesting
0
If and why is randomness a bad thing in competitive games?