I don't like the way that light got baked into part of my mesh. It might make sense for me to try to blacken that area of the lightmap in Photoshop, but first I tried to just hide it with a probuilder object that uses an unlit black material: 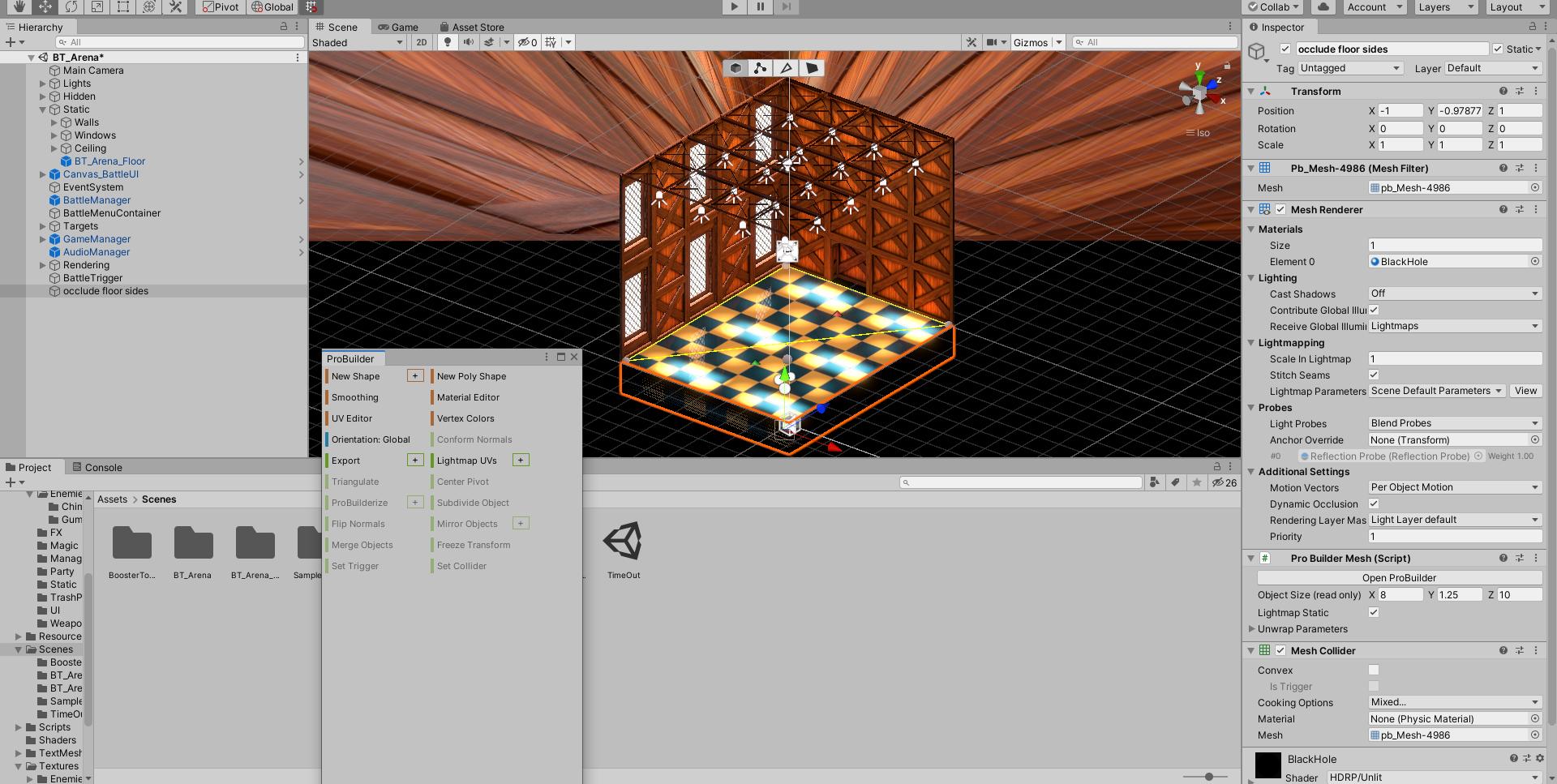 I changed the priority of this object from 0 to 1, higher than any object in this scene, or at least the floor object, but it does not draw over the floor in Game View. I tried using a higher number and setting it beneath the floor instead of intersecting it, but it is just being rendered the usual way. Also note that I have a UI Canvas component being drawn in ScreenSpace, in case that has anything to do with it.

How can I get this object to render in front of the floor while it is intersecting the two front faces, like in the picture?

Browse other questions tagged unity rendering draw-order or ask your own question.

4
isometric buildings
3
Get type of the object where attribute was declared - Hide In Derived Inspector Attribute
0
Correct way to project a texture with alpha and colors onto surfaces in Unity
0
Using ShaderGraph for UI elements with transparency
2
How do I correctly show both sides of a plane in Unity?
0
Unity LWRP Sprite Renderer Sorting incorrectly after upgrading