I am using Godot 3.2.2 stable (GLES2) along with kenney 3d nature asset pack (glb) for prototyping a 3d game. Everything works just fine on my desktop computer, but when I deploy the game to my android device, the colours stop rendering correctly and show weird patterns instead of plain colours as on the picture (only for imported models, meshes created from Godot work just fine).

It also seems that the sky is blending into the models like some sort of transparency.

Is that just a configuration issue? Or is there something I missed?

Update 1: Another interesting information, the pattern does not move when the game is in motion, it just show on top of all imported objects but stay at the same position on the phone screen.

Update 2: Here is how the models render in godot and the surface/materials configuration: 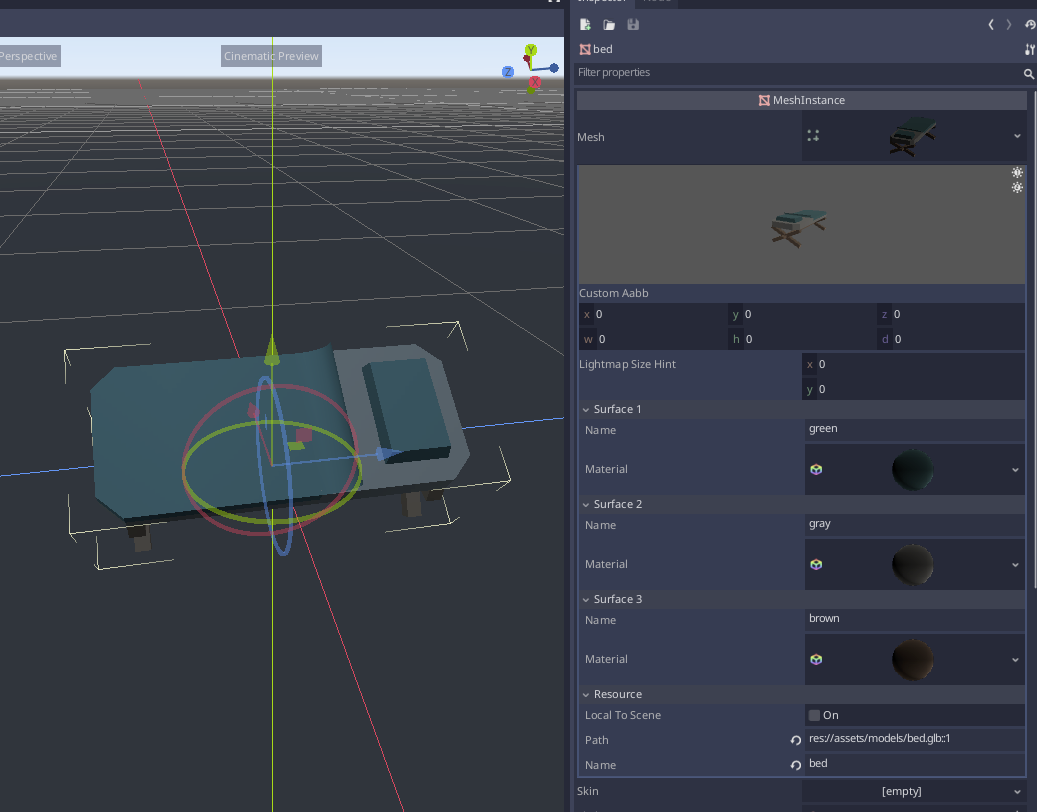 And here is how the same object render once the game running on android:

Note that the floating platform has been imported in godot as an obj (not gltf) and is rendering correctly. the issue seems to be related to the GLTF format.

Browse other questions tagged opengl godot rendertexture or ask your own question.