How can I display a 3d object and my player on a canvas?

The main goal is to animate my player with animator on a canvas. The problem is that any 3d object (my player, a cube) I drag over the canvas is transparent/not seen.

The main camera is set to Clear Flags : Depth Only and Culling Mask to Everything.

The Main Menu Canvas is set render mode to Screen Space Camera and I selected the main camera.

The Main Menu Background Material is set to New Material I created and on the new material I added a shader I created that make this image to be blur. 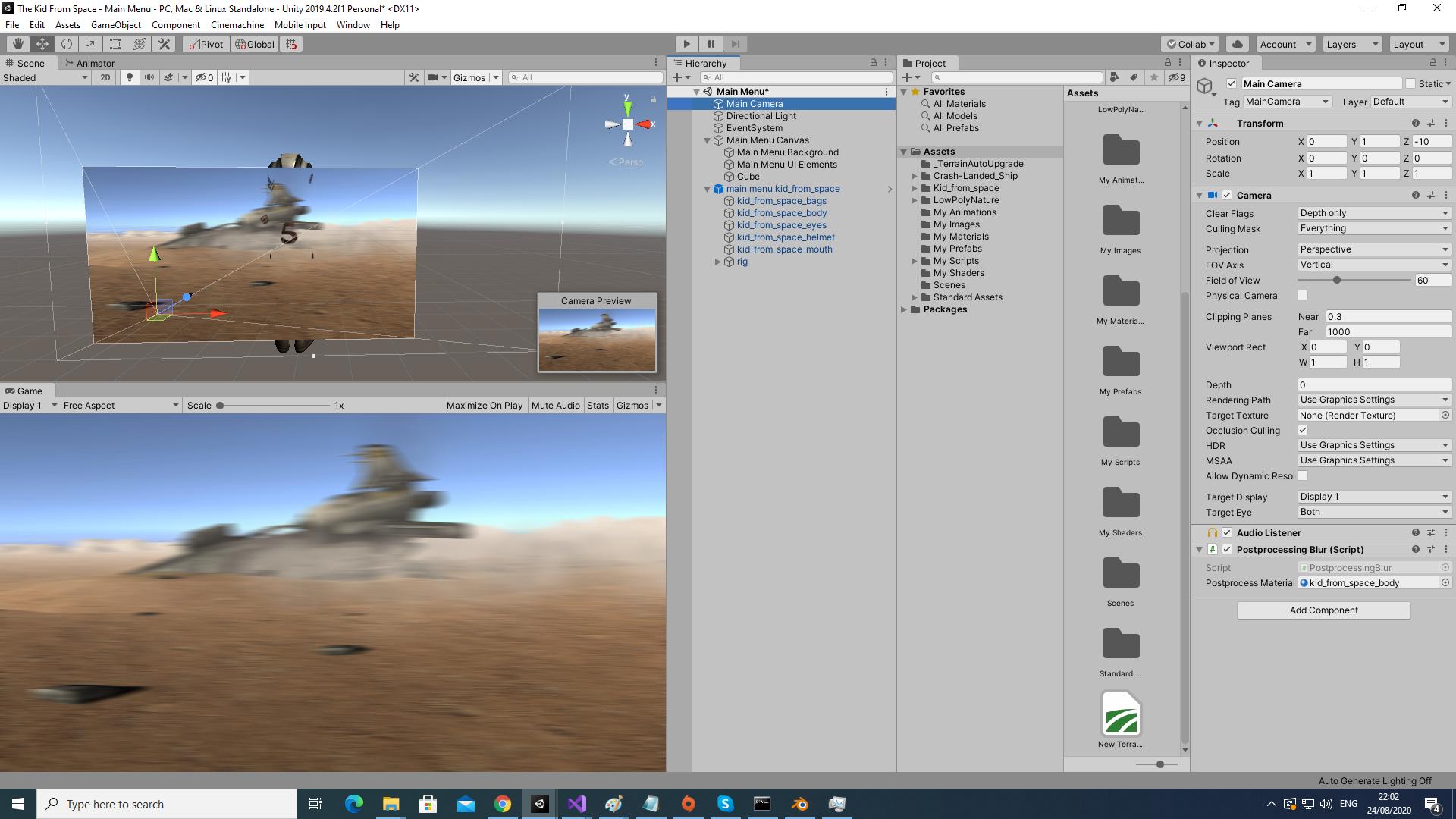 And the Canvas settings : 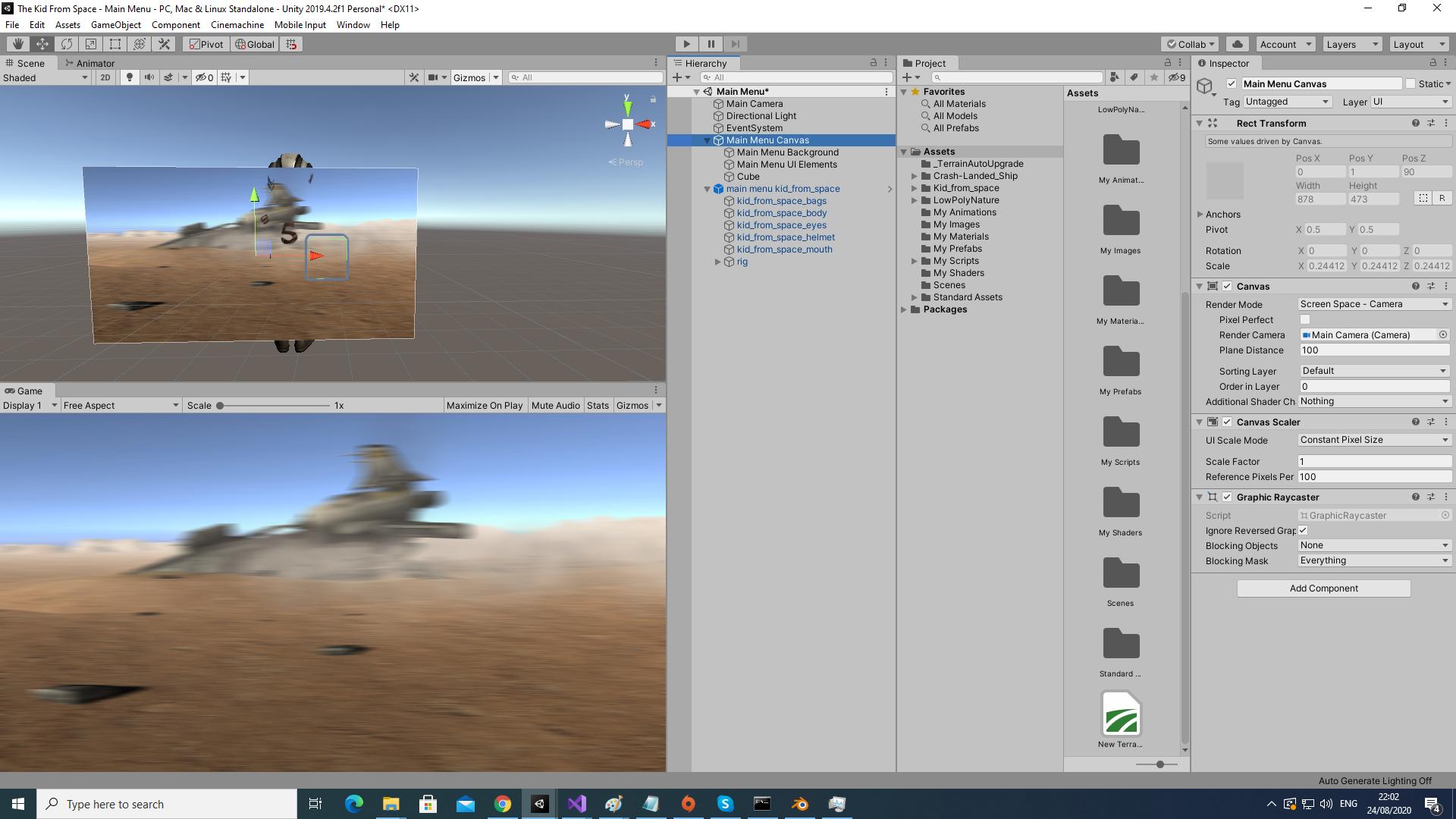 And the Main Menu Background settings : 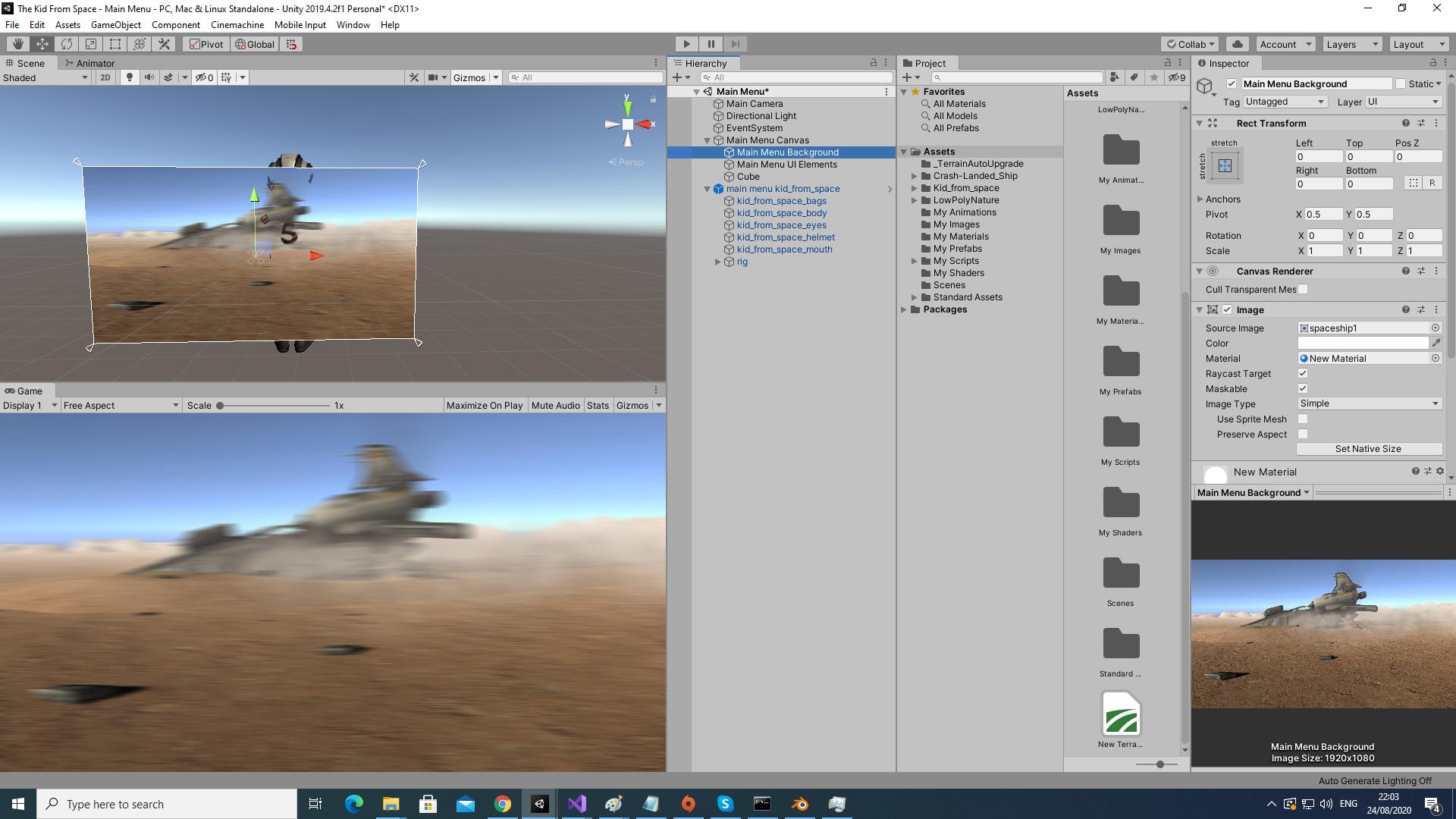 You can see in all the screenshots in the scene view top left that my player and the cube both are transparent on the canvas.

The main goal again is to put my player on the canvas with the blur image and animate my player. This is for my main menu.

This is a screenshot of what I mean I used paint to cut my player and put it on but the player canvas should be transparent or without a canvas the player should be on like the ui button on the left : 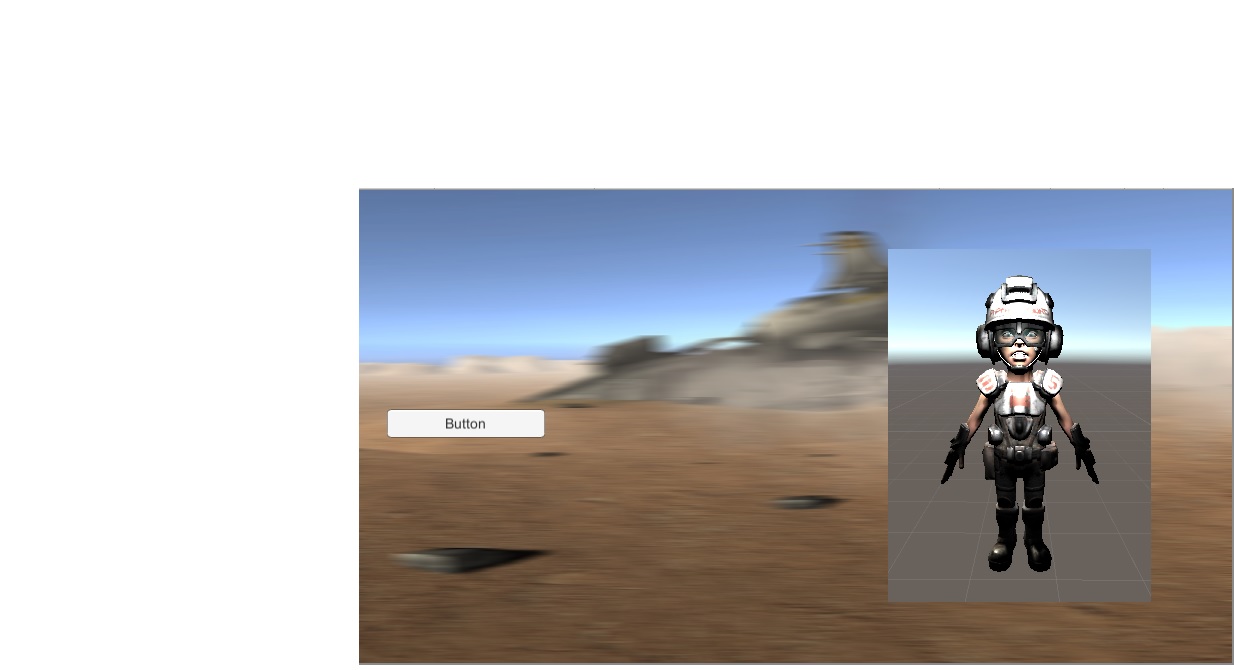 Another screenshot. On the top it's the scene view window the player the ui button and the blur image. 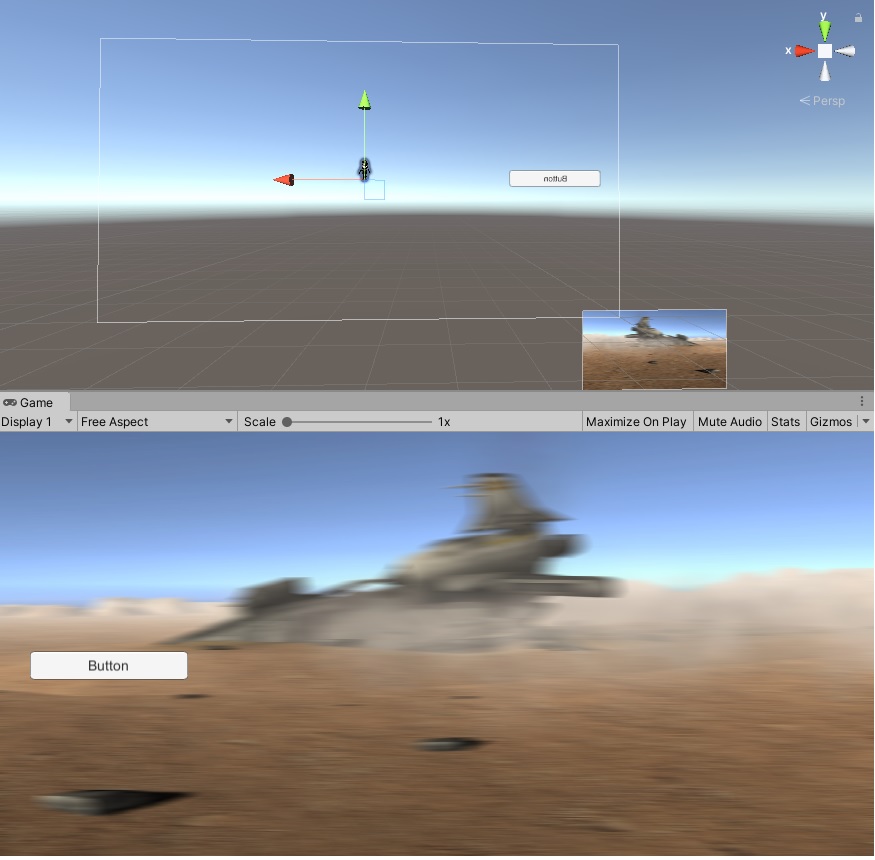 The first option is pretty self-explanatory, but will take some tweaking to avoid unrealistic shadows. The second option is a bit more complicated:

I hope that makes sense. If not, let me know and I will get some screenshots when I get home from work.

After so many tries I finally got it.

This is a screenshot of my Hierarchy : 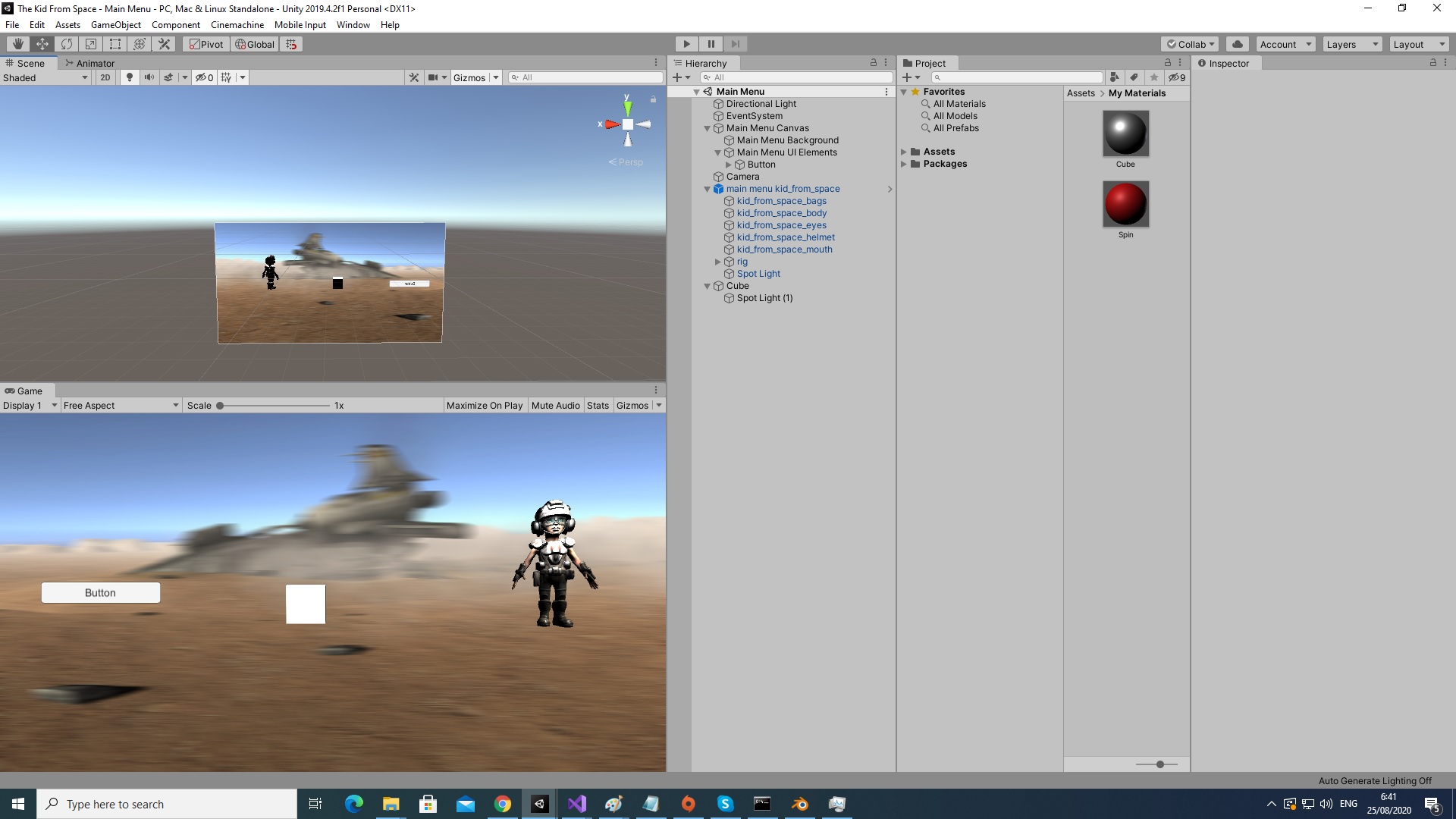 Now screenshots to show the settings :

The first screenshot is of the Canvas : Very important is to look at the Order In Layer I set it to -1 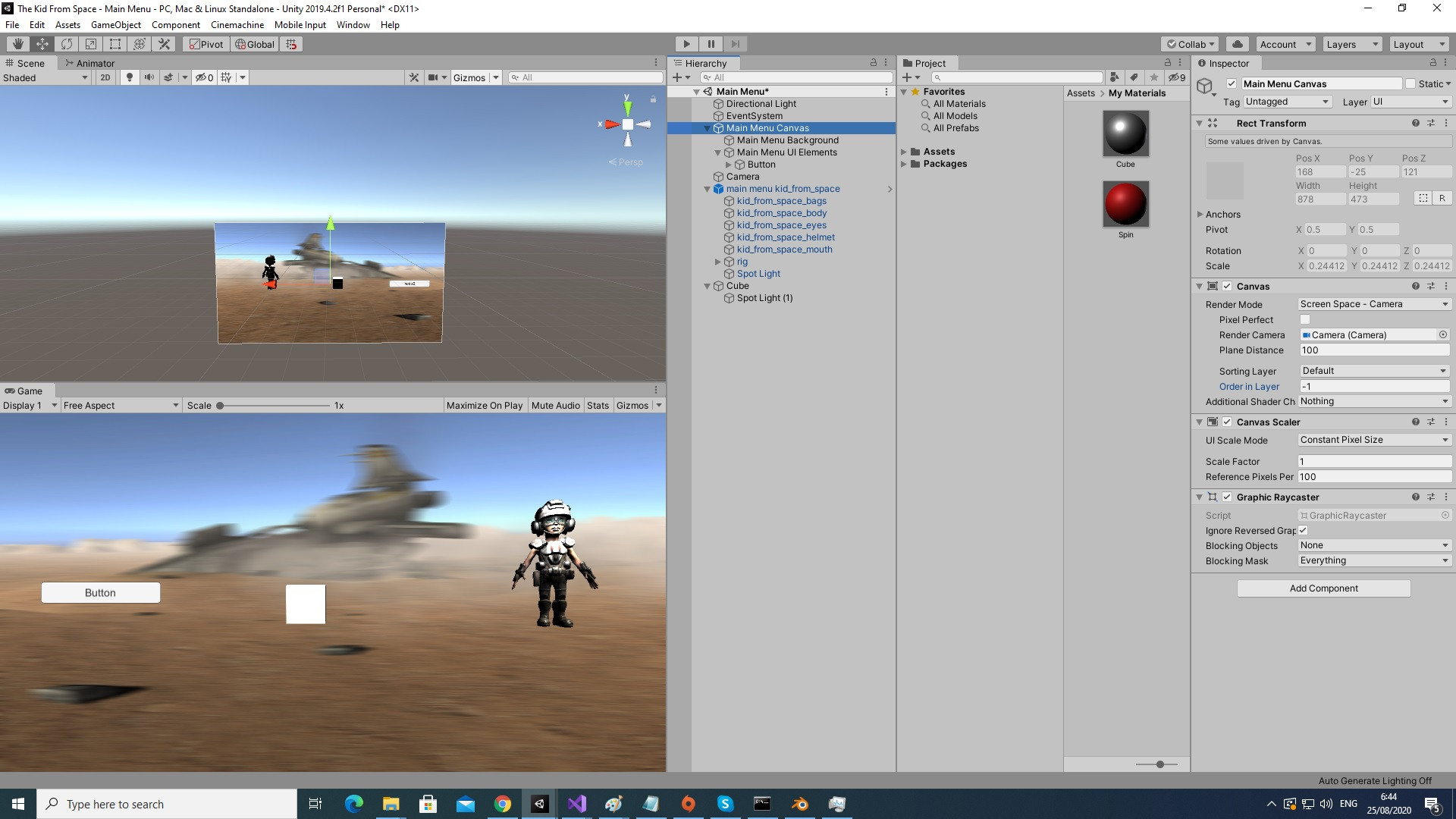 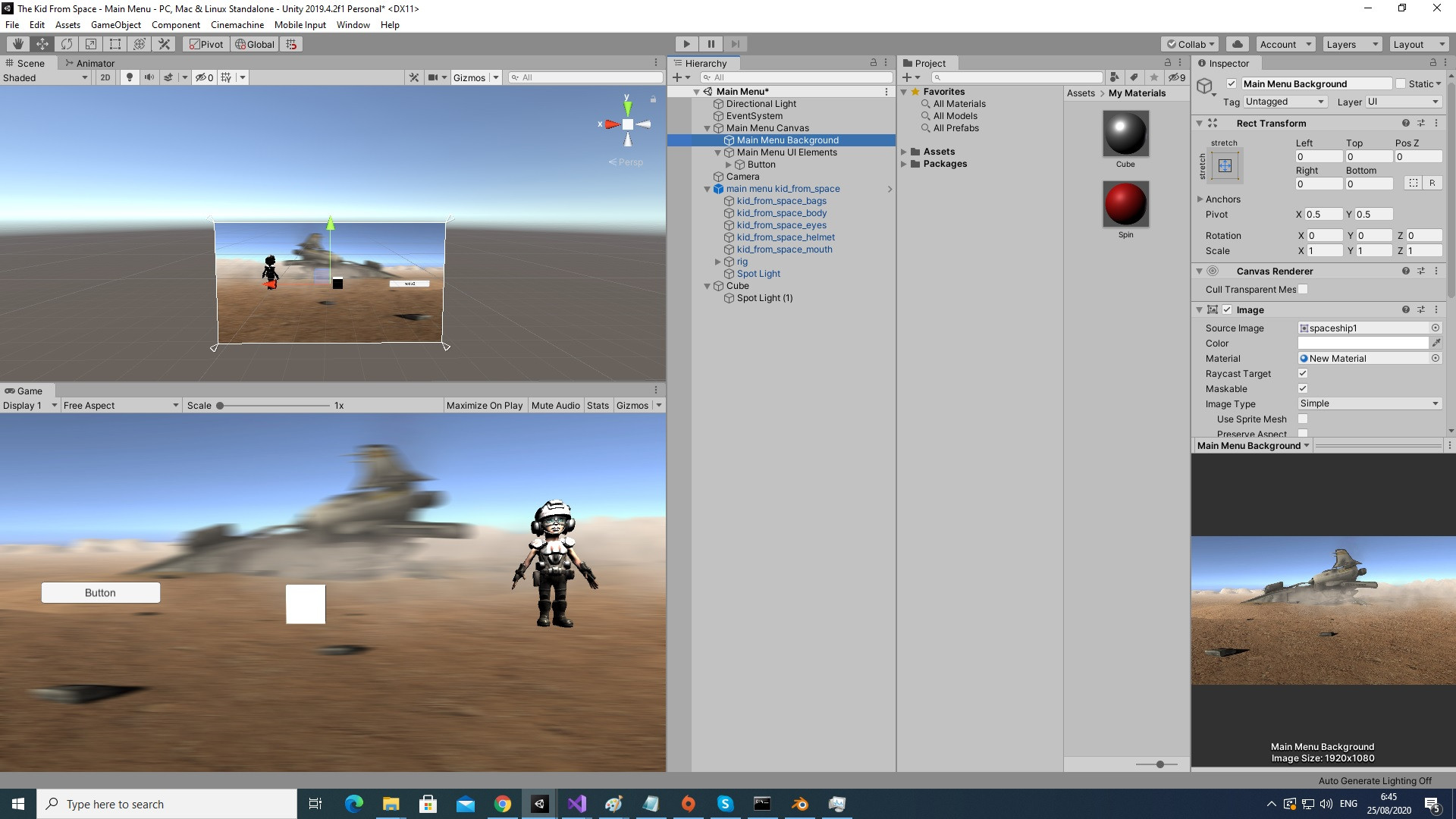 Last screenshot the Camera settings : Look at the Clear Flags set to Don't Clear and Culling Mask is set to Everything. 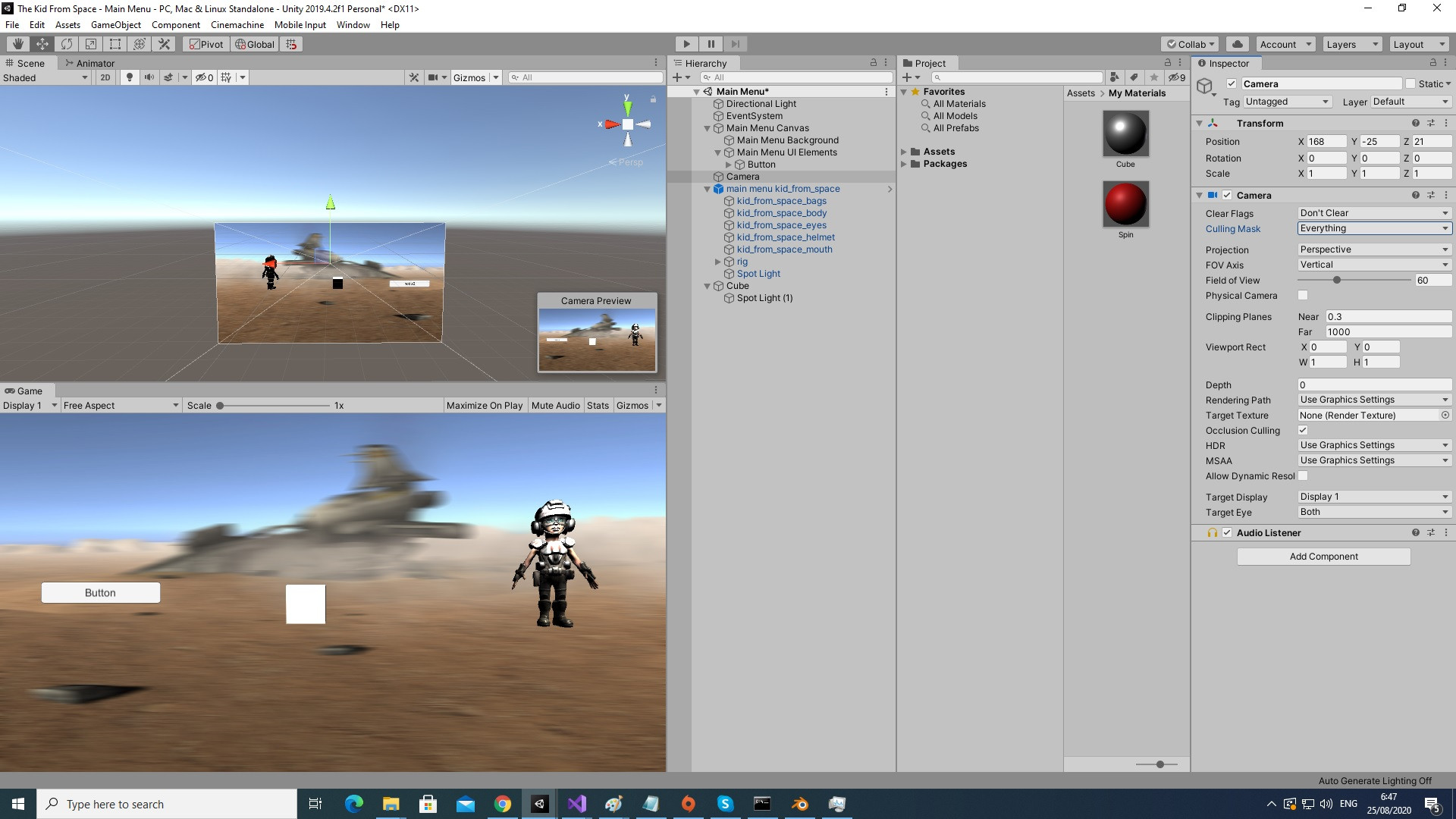 In the end I used one Camera not the Main Camera it didn't work with the Main Camera. but since it's a new scene and only for the main menu you don't need the main camera at least not for this.

Later I will add also a short video clip to show the player animation.

Not the answer you're looking for? Browse other questions tagged unity rendering camera .

3
Rendering skybox in first person shooter
0
Unity why do all gameobjects not dissapear from view when I switch cameras?
1
Unity sprites rendering problems on Android
1
How can I select a object (canvas) with tag using Physics.Raycast?
1
Unity - blur on one camera effects the other as well
0
How can I load a scene when starting a new game if the loading scene have a Main Camera?
0
Unity camera has no preview, and is not moving
0
I created a preview of my player camera with another camera but when disabling the main menu it show no cameras exist why?
0
How to fix 'procedural skybox' visible horizon line on 'screen space camera' canvas?