How to smooth a voxel mesh? 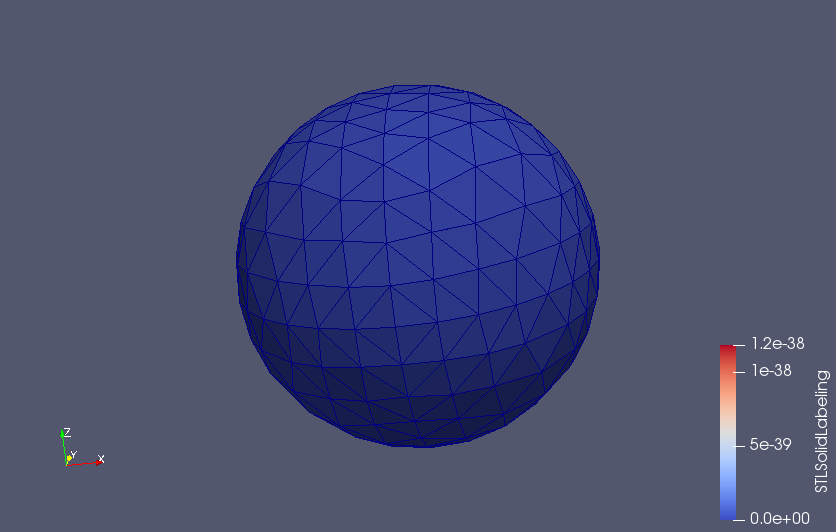 Currently I have refined voxels, I want to smooth it to achieve accurate projection. After some web search, I came across smoothing algorithms such as Catmull-Clark, Doo-Sabin etc. Along with this, I read one should need the connectivity information to use smoothing algorithm on the outer face of voxel and the connectivity information can be established using the Half edge data structure. 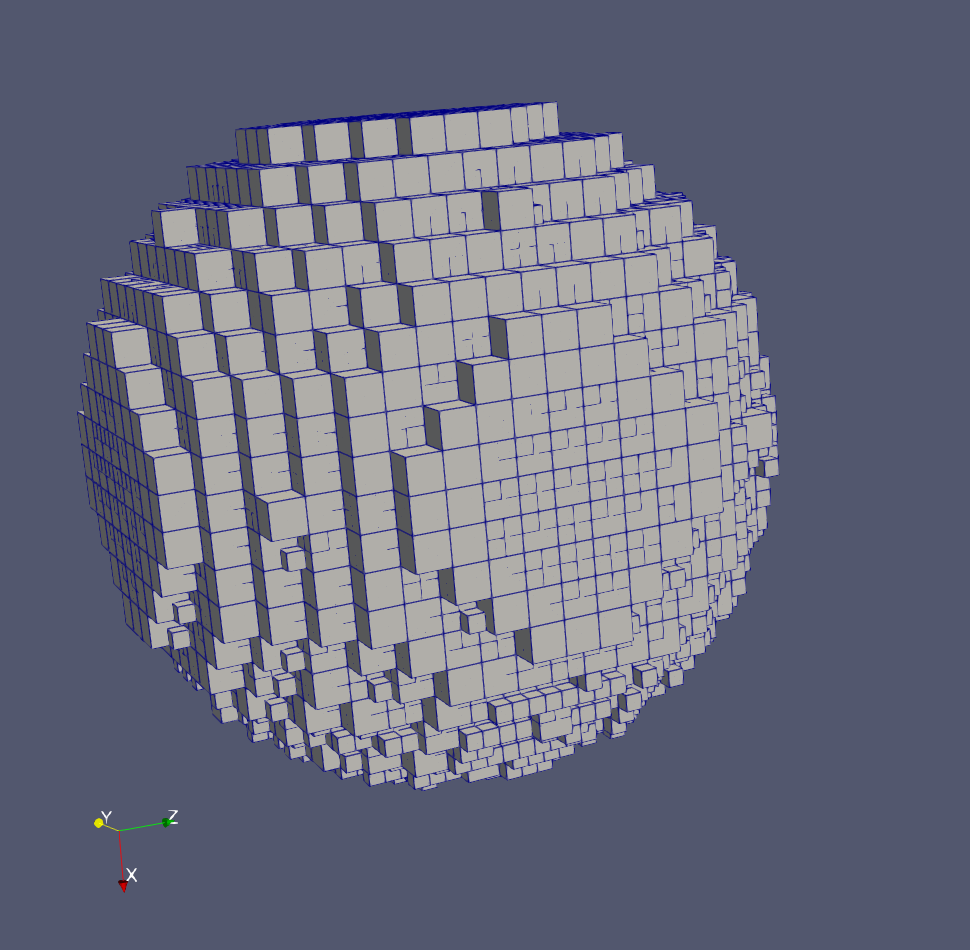 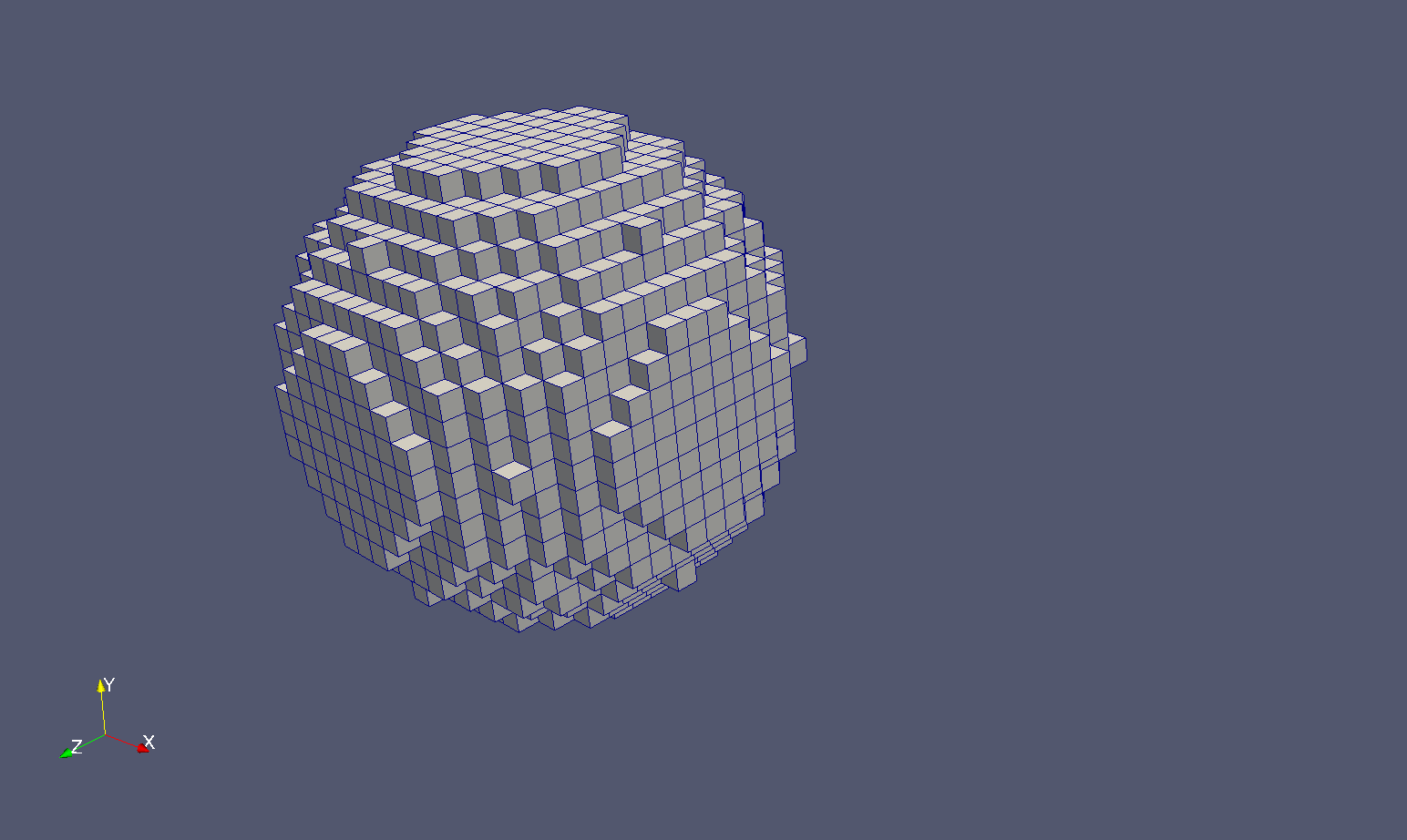 For example, I have taken sphere as input geometry (First Image). After voxelization, I used intersection algorithm to identify boundary cells which represent actual input geometry as you can see in the above image. Either we can take voxels outside boundary or inside the boundary for projection. Since projecting inside voxels on the surface mesh is quite easy. So directly by using ray shooting on refned voxels, I identified those voxels which are inside boundary voxels. Inside voxels also represents geometry which also looks like in middle image.

From middle Image, we can see that the size of the cells varies from one to another. I want to identify outermost faces from it so that I can use a smoothing algorithm to eliminate Cartesian front to achieve accurate projection.

Do you have any data beyond "solid" vs "not solid" for each voxel? If you have continuous data, such as from the squared distance function that yields the sphere, you can use an isosurface extraction algorithm such as Dual Contouring.

If you don't have this data, you could try to come up with a method of producing it given the voxels (e.g. blurring), but it might alter the locations of the boundaries.

KdotJPG brings up a very good question. Is the volumetric data simply 0s and 1s, or are there intermediate values allowed as well?

Are you using Marching Cubes to convert the density data to triangles?

There is Taubin smoothing. However, smoothing in general can magnify flaws in meshes. For instance, if you're using Marching Cubes, and you do NOT sort the input vertices/density values, then the mesh will inevitably suffer from cracks.

So, are you using Marching Cubes?

Not the answer you're looking for? Browse other questions tagged data-structure computational-geometry .

18
Which data structure should be used to represent voxel terrain?
5
Is using a half-edge mesh structure feasible?
2
Determine the cut sections of a polygonal mesh
0
Scanline filling of polygons that share edges and vertices
3
Reconstructing mesh from topological skeleton?
0
Generate Mesh of Shadow Volume
5
Creating force shields: the most efficient way of deforming/reshaping a simpler convex mesh so it envelopes a complex mesh?
1
What are perimeter and aspect ratio, in the context of 3D mesh approximate convex decomposition?
2
How to calculate the surface area of a mesh