How to predict where the soccer ball should be intercepted by an AI player after being kicked?

This question has been asked many times before, but most of the answers give solution to the problem where ball (target) is assumed to be moving at a constant velocity.

In my scenario, I'm making a football game. When I kick the ball into a direction by applying some force to the ball's rigidbody, I want a second AI player to find the point in the ball's path where he can intercept the ball. Now this ball can keep slowing down per frame, it does not keep moving with a constant speed.

I have attached an image for visualisation. 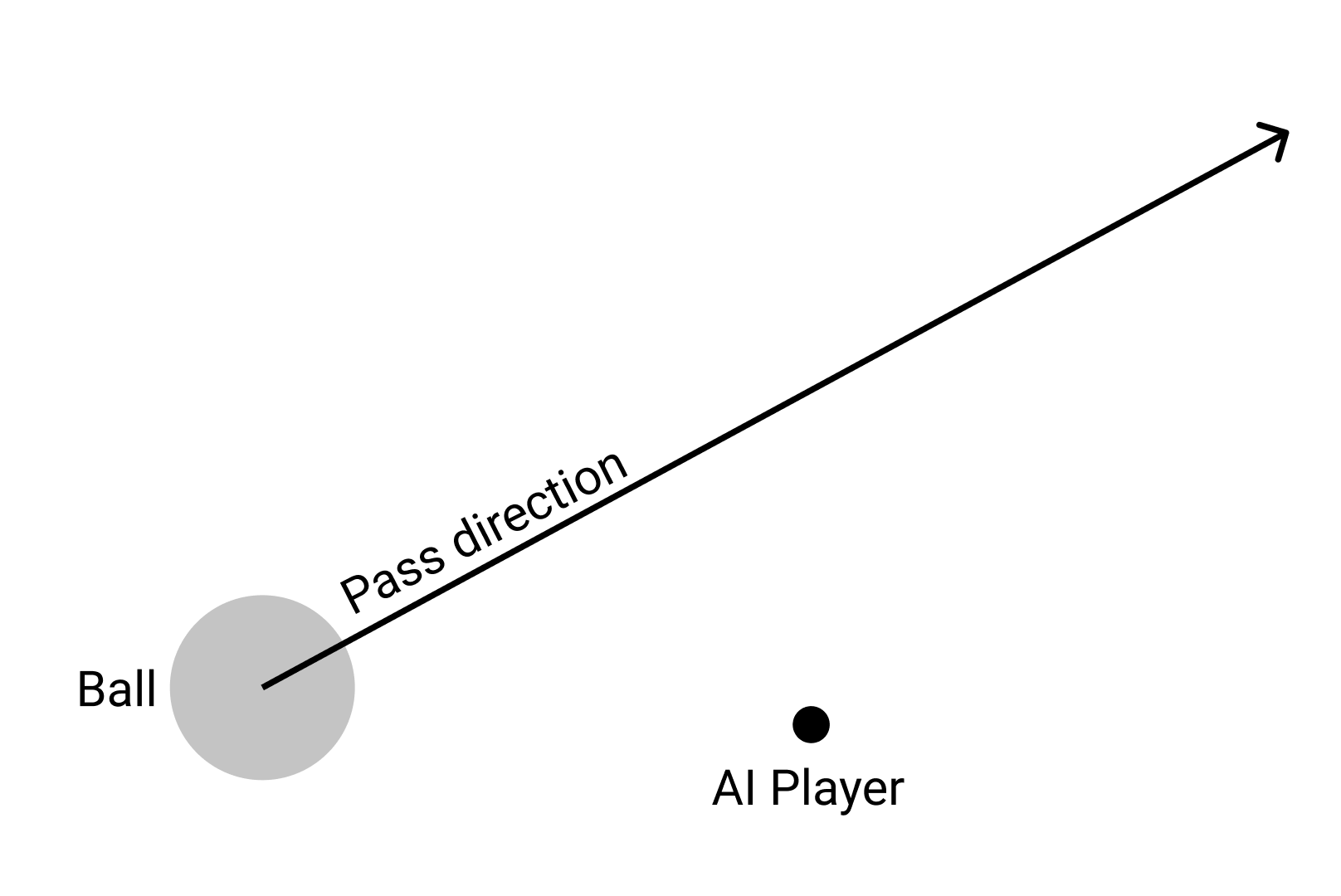 I am able to calculate such a point with the current velocity of the ball, but that point is not accurate, and changes as ball's current velocity changes per frame, as the ball can keep slowing down after every frame. This makes the AI player act kind of like a homing missile. Instead, I want the AI player to predict a point and just run to it.

There's no drag on the ball, but there is a physics material with friction. I suppose to solve this, I might need to account for acceleration maybe.

Please help me figure this out. Thanks!

Your only option is to dry run the simulation as the ball is kicked, then have the Ai begin moving to that location.

Not the answer you're looking for? Browse other questions tagged unity physics mathematics projectile-physics movement-prediction or ask your own question.

4
How to take into consideration the effect of initial rotation of a ball hitting & reflecting off a surface
6
How do I change the speed of an object without changing path travelled?
16
Recreating retro/NES style physics with intentional imprecision
0
Calculate future 3D Position of object(Unit)?
2
Calculating initial velocities given trajectory parabola
7
Why does physics not behave consistently in Unity?
0
Convert linear velocity to angular velocity for a ball / sphere (Rolling Ball Maths)
1
Rigidbody2D loses speed on collisions
0
Calculating displacement in physics simulation
2
how to predict where a ball will land?