Blendshapes in Unity vs Blender

I have a model from a package that has existing Blendshapes that work fine. I'm a bit of a Blender newb, though. I'm trying to add a Blendshape for spikiness to a cube model. It's early WIP, but it looks roughly the way I expect it to in Blender. However, when exported and imported into Unity, the mesh with the blendshape applied isn't quite right - the spikes are sort of... plump, as if it isn't quite changing the vertices the same way. Is there anything specific that needs to be done with this process? Am I missing something, or is there some tuning I need to do in Blender prior to exporting the FBX?

Alright, I was able to answer my own issue. The root cause had to do with Blender using quads as opposed to tris. The way I morphed the mesh for the blendshape did not allow for very good quad->tri conversion. I modified the way I managed the blendshape (moved all 8 surrounding vertices in toward the pulled vertex), and the spikes now look... like spikes.

If anyone comes to this because they have a similar issue - consider how your quads are going to convert to tris. If a single quad in Blender is stretched AND curved (it can happen in modeling) it will not become good tris as a single quad is always broken into exactly two tris.

In the following example, the face we're looking at, my initial attempt was like the right spike, and the resolved attempt was the left spike. 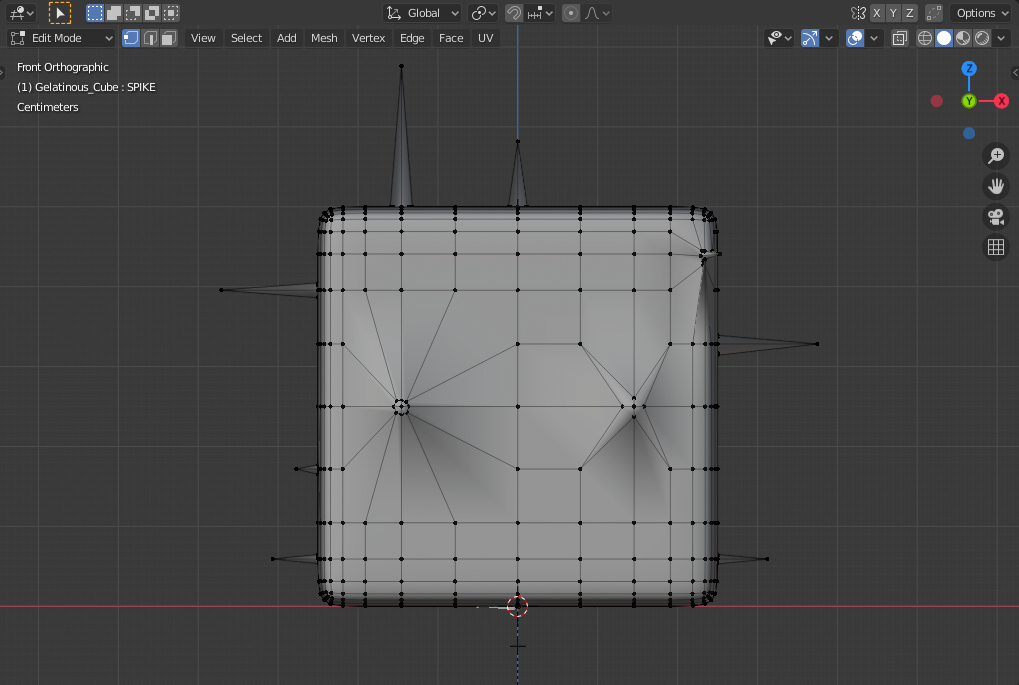 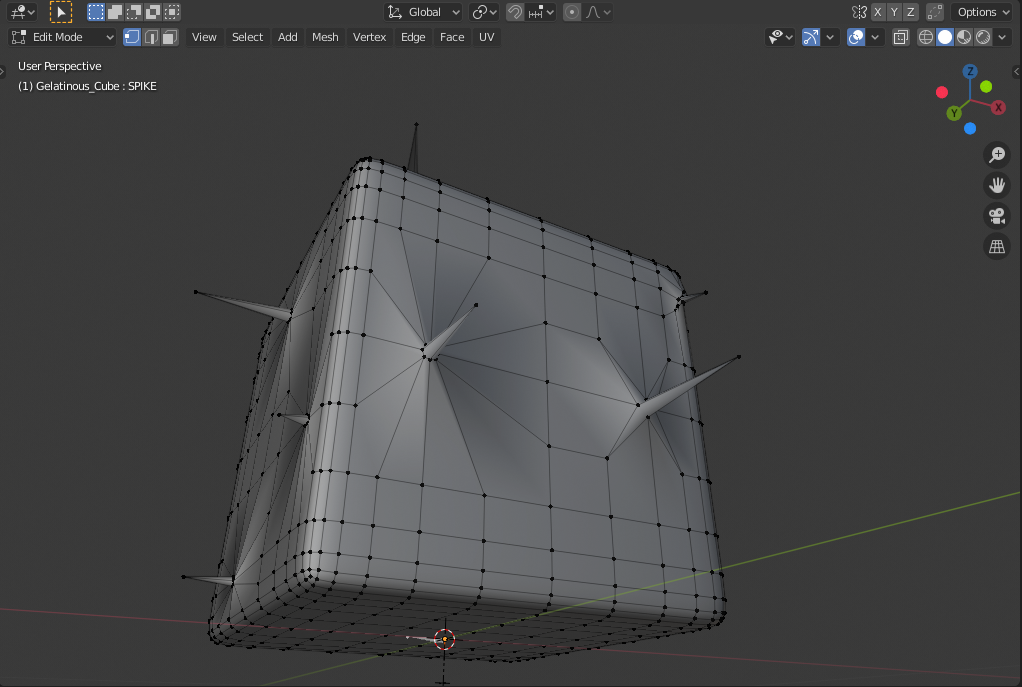 As you can see, the right spike creates two "shapes" of quads at the deformation. The larger quads (two on top, two on the bottom, two on each side) aren't really a huge issue, however the quads that make up each "quadrant" of the spike are problematic geometry. This image highlights their somewhat boomerang shape: 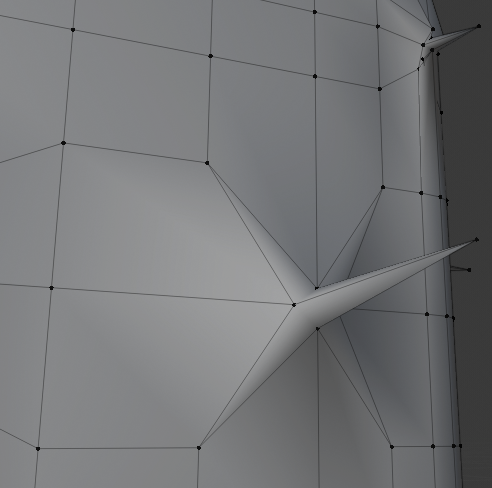 Given that there's no edge where the spike juts out, it's plausible that the FBX could be imported and have good tris that split there, but that's sort of a wish and a prayer.

Pulling in all eight surrounding vertices changes the breakdown of the geometry considerably. Here's another close-up:

Your mileage may vary, but as a game developer, I tend to think in tris and didn't really consider just how differently quads work, especially when they're parsed into tris at import.

Not the answer you're looking for? Browse other questions tagged unity blender mesh fbx or ask your own question.