Problems with gravity and box colliders in Unity 3D

I have a game character that can jump or roll in order to avoid obstacles. He is able to roll while on the ground and he can also roll while he is in the air after jumping. Everything was working fine when I made him roll. I want to make it so that when he rolls while he's in the air after jumping, he would fall at a faster pace than if he was just falling normally. So I did this in my c# script:

I call this coroutine in the function that runs when the down arrow is clicked. Everything is working fine. When he rolls while in the air, he falls at a faster than normal rate. However he doesn't land properly and he just falls right through the platform like it's not even there. Here's a video to show what I mean: https://youtu.be/sirc4L3MnqM 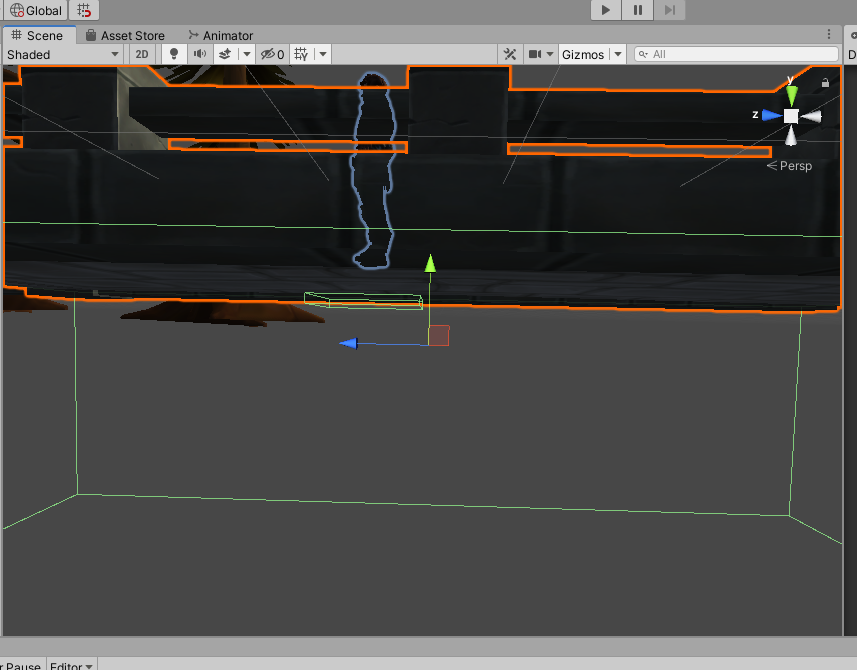 How do I get it so that the character doesn't fall through? Please let me know if there's anything else you need to know about the project. Thank you for helping me!

In your video, I notice that on the RigidBody your Collision Detection is set to discrete. This means there will only be a collision if during a physics frame there is an actual intersection between its collider and another collider.

At the higher speeds you provide, it is quite easy for colliders to miss (or 'step over') each other.

Generally, here's your rule of thumb:

Not the answer you're looking for? Browse other questions tagged unity game-mechanics platformer collider .

10
How do I prevent my platformer's character from clipping on wall tiles?
0
Stopping sprites from toppling off platform
2
Is it possible to tile box colliders without causing "false" collisions in Unity3D?
3
Jumping onto higher ground Collider issues
3
Why does my capsule collider fall without my object (Unity)?
1
Is Trigger Colliders not ignored
0
How to use AddForce on a capsule?