I've been searching around on internet a way to display a video using XNA/Monogame. But everything tend to go in the direction of the class Microsoft.XNA.Framework.Media.Video. Unfortunatly, my xna Framework does not contain any Video member in the Media namespace as shown below. Also i've found this stackhex question which is the same question but the answer contains a gist with the code that does not exists anymore, so i'm a bit stuck here. 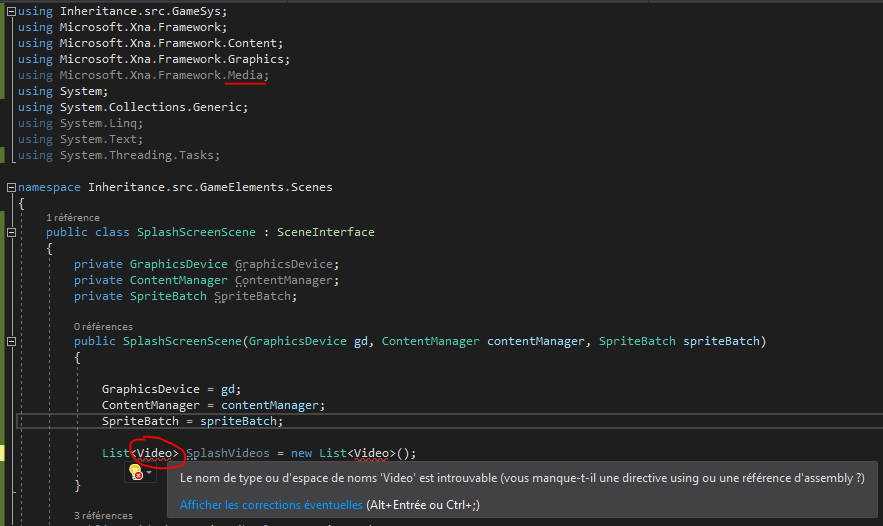 i'll appriciate any help, thank you for your time

After the recommandations of @Steven, i've tried to see what visual studio give me for replacement, What i've ended up with is the Video Class turning into the enum VideoSoundtrackType which is not a video or video player class.

here is the enum from meta data

NB: for the moment i've created a class that holds texture2Ds to make an animation. But if I want to create cinematics it will be a bit difficult (or i can create simple story telling through images and text like undertale and other did).