How to use a .cube LUT file with Color Lookup?

I have used "Image 2 LUT" to create a LUT for Unity from a certain movie. However, currently "Image 2 LUT" only outputs ".cube" files.

For HDRP, this is great, but for some reason, URP doesn't accept .cube file. URP expects specially laid out .png LUT file.

Is there any way to convert a .cube LUT file to a PNG that I can put into the slot of Color Lookup-> Lookup Texture with URP?

The tutorial that Google finds and recommends is this.

However, I don't have Photoshop. Also, the tutorial deals with a square LUT that looks like this: 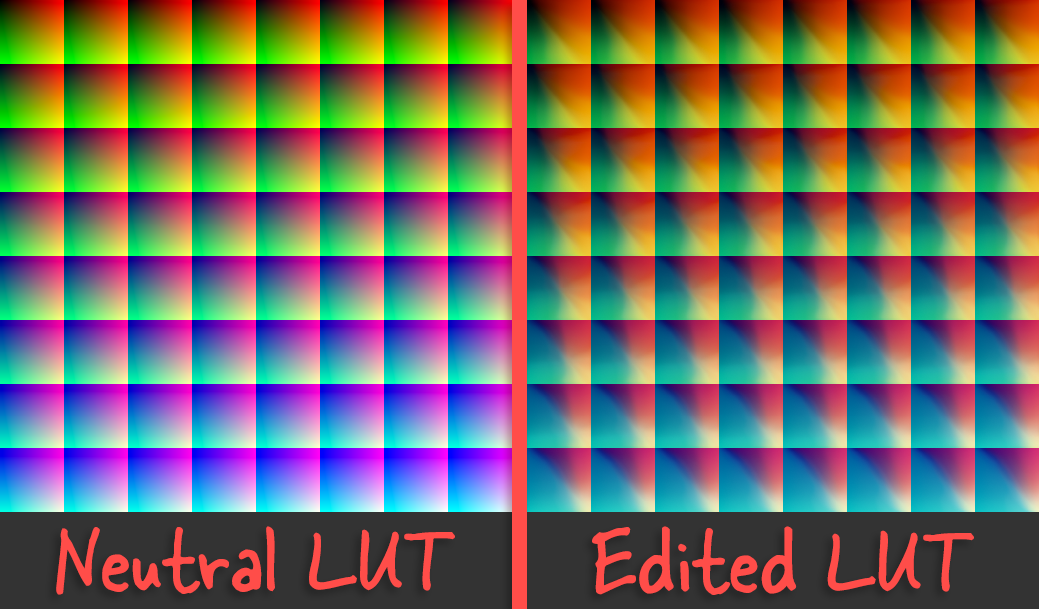 So even if I had Photoshop and I would follow the tutorial, I would still have a square LUT which is not laid out as Unity would expect it, so I did not use that tutorial.

How do I create a LUT png from a .cube file that I can use with URP?

Using GIMP, one can download and install this free add-on.

Make sure you don't apply the same filter twice by accident!!

Export the processed LUT png by choosing "File -> Export As..." Select ".png" and these settings: 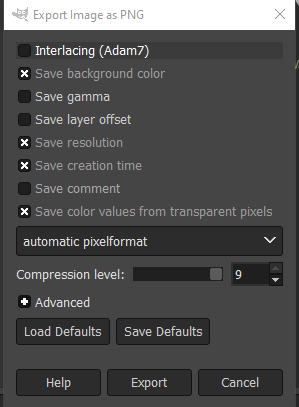 In Unity, import the file and set the following settings: 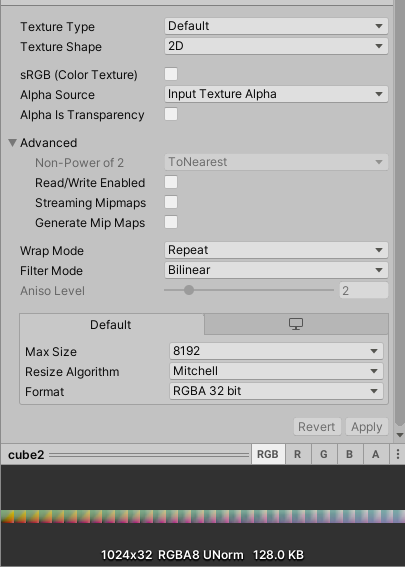 2
How can I get the texture color data from GLEED2D's level file?
6
Loading .PNG file and using it for UnityEngine.UI.Image
3
How can I use a lookup table for brightness and contrast?
0
Monogame - how to make a smooth color transition with Color.Lerp()?
0
Is it possible that elements in the StreamingAssets folder are not read in build?
3
How do I get the object color?
5
Unity: How can I get realtime image capturing at ~60fps?
0
How to create a color grading LUT for Unity URP?
0
How to create a LUT from original and processed images (not perfectly the same)?
0
Displaying a RenderTexture in 2D