Unity Setting up the Universal Rendering Pipeline for Layer Masking

I've been watching this video about Field of View (Player) by CodeMonkey which explains on how to set up a scriptable rendering pipeline for the layer unmasking/masking of objects. However, the interface changed with the latest updates. There's an Opaque Layer Mask and there's a Transparent Layer Mask. I've followed the Render Features as described in the video but I wasn't able to get the masking done correctly as there's these two options that I can't seem to figure out what it does. I tried toggling to and from layers to see which one is meant to be in the other one but this is the best I could get: 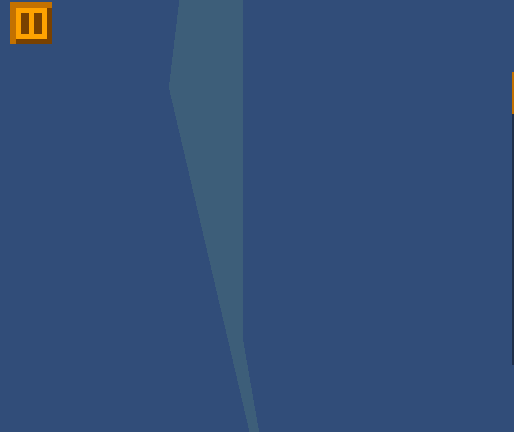 For simplicity's sake, these are the layers that I am using: Characters (things I want to see when the Field of View mask is over them):

Field of view (the unmasking layer)

As of right now, I could see the Field of View and the UI. Everything else is missing. I have asked in their own community; however, no one reached out to me. Let me know in the comments if you need more info. 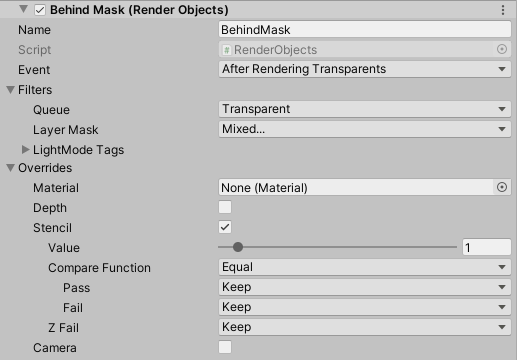 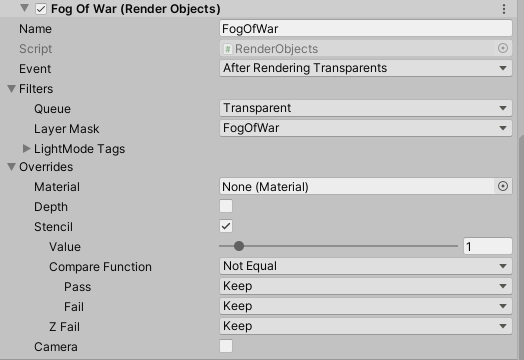 edit 2: I forgot. I have three cameras. All orthographic. They only render a specific layer.

Browse other questions tagged unity 2d rendering or ask your own question.

5
How to implement 'Fog of War' in SpriteKit or Cocos2D?
10
Why do Unity layer masks need to use bit shifting?
1
How do I disable fog on specific camera/s
1
Unity - blur on one camera effects the other as well
2
Unity3D URP - How do I approach creating Fog of War for 3D top-down stealth game?
2
How can I display a 3d object and my player on a canvas?
1
Using a mesh stencil with 2D lighting in the Universal Render Pipeline