For the majority of the time the Circle-Line test works properly and the points of collision are resolved correctly.

However, occasionally my collision detection code returns false due to a negative discriminant when the ball is actually intersecting the brick.

I am aware of the inefficiency with this method and I am using axis aligned bounding boxes to cut down on the number of bricks tested. My main concern is if there are any mathematical bugs in my code below.

The segment running from A to B can be computed as

Now the circle is centered on the origin (move A and B if necessary to put the center in the origin) and has radius r.

You have an intersection if for some t you get that the P has the same length of r or, equivalently, that the length of P squared is equivalent to r²

this is the very famous Quadratic equation

We have to check if the determinant b² - 4ac is positive and so we find 2 values of t that give us the intersections points P(t).

Since other questions may find some help to this answer, I decided to try to simplify the the reasoning in this edit using some images. 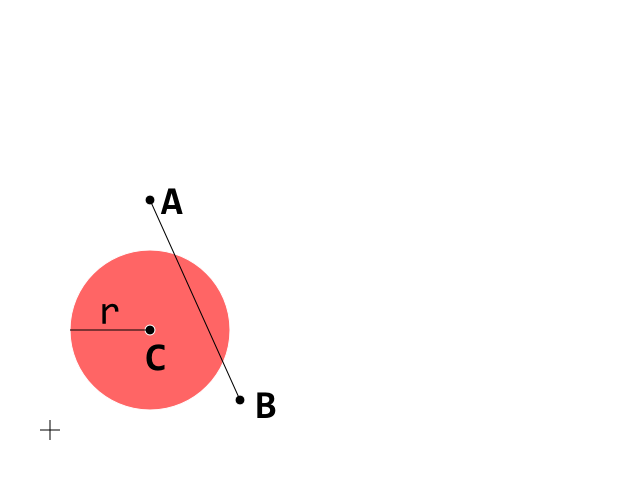 This is the starting condition. Now focus on the segment A_B 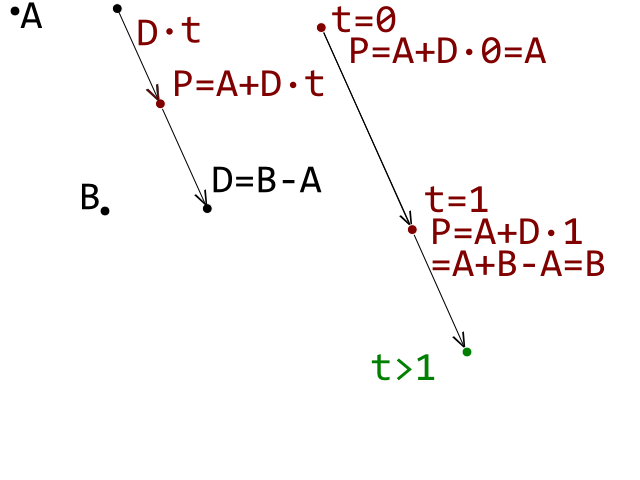 Now we can simplify things if we move the circle's center into the Origin. This can be always done because is a simply change of coordinate system that preserve geometry, angles, intersection, measures etc. 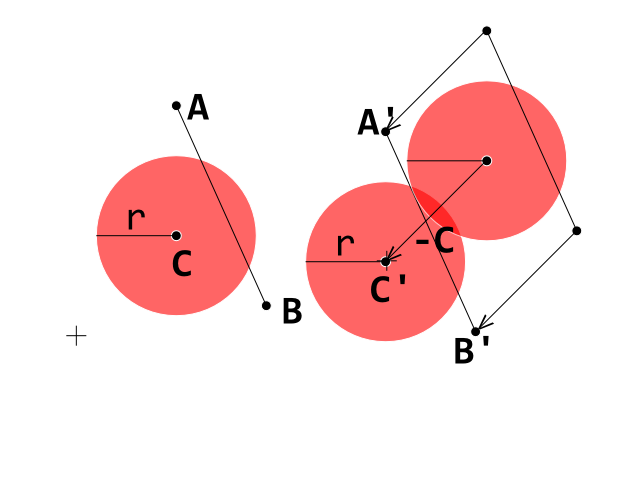 Now we have a simply way to compute the lenght of P when t varies and say for which t P crosses the circle's boundaries. 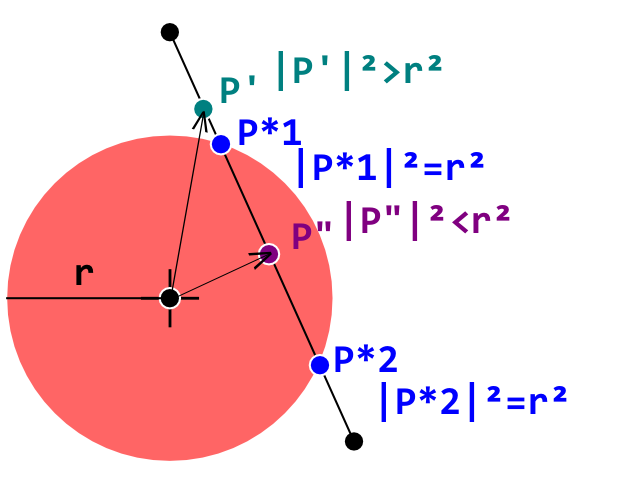 As you see P' is in length greater than r while P" is less than r. Since both the vector lenght and r are positive numbers, the relation of order of being greater or less than are preserved is we compute the relation between the lenghts squared and the radius squared. P*1 and P*2 are the point that makes the |P|² equal to r²

The Discriminant is used to discriminate the previous condition and a validity test is done on t to see if it a valid intersection but outside our segment - i.e. the solution t has to be real and between 0 and 1 to be considered a proper intersection that fall in the segment A_B

Not the answer you're looking for? Browse other questions tagged c++ collision-detection mathematics geometry .

5
Adding tolerance to a point in polygon test
6
Robust line of sight test on the inside of a polygon with tolerance
3
Pixel Perfect Collision Detection in Cocos2dx
2
Collision Scenario, Detection and Response
2
How do I resolve a collision of a circle with two rectangle corners?
0
Ray->triangle collision math seems to not work?
1
How to implement this collision detection function?
3
Collision detection in Arkanoid-like game at intersections