I followed some tutorials to add WASD movement to a character; I managed to set up the animator thing and it works in the bottom right corner viewport. 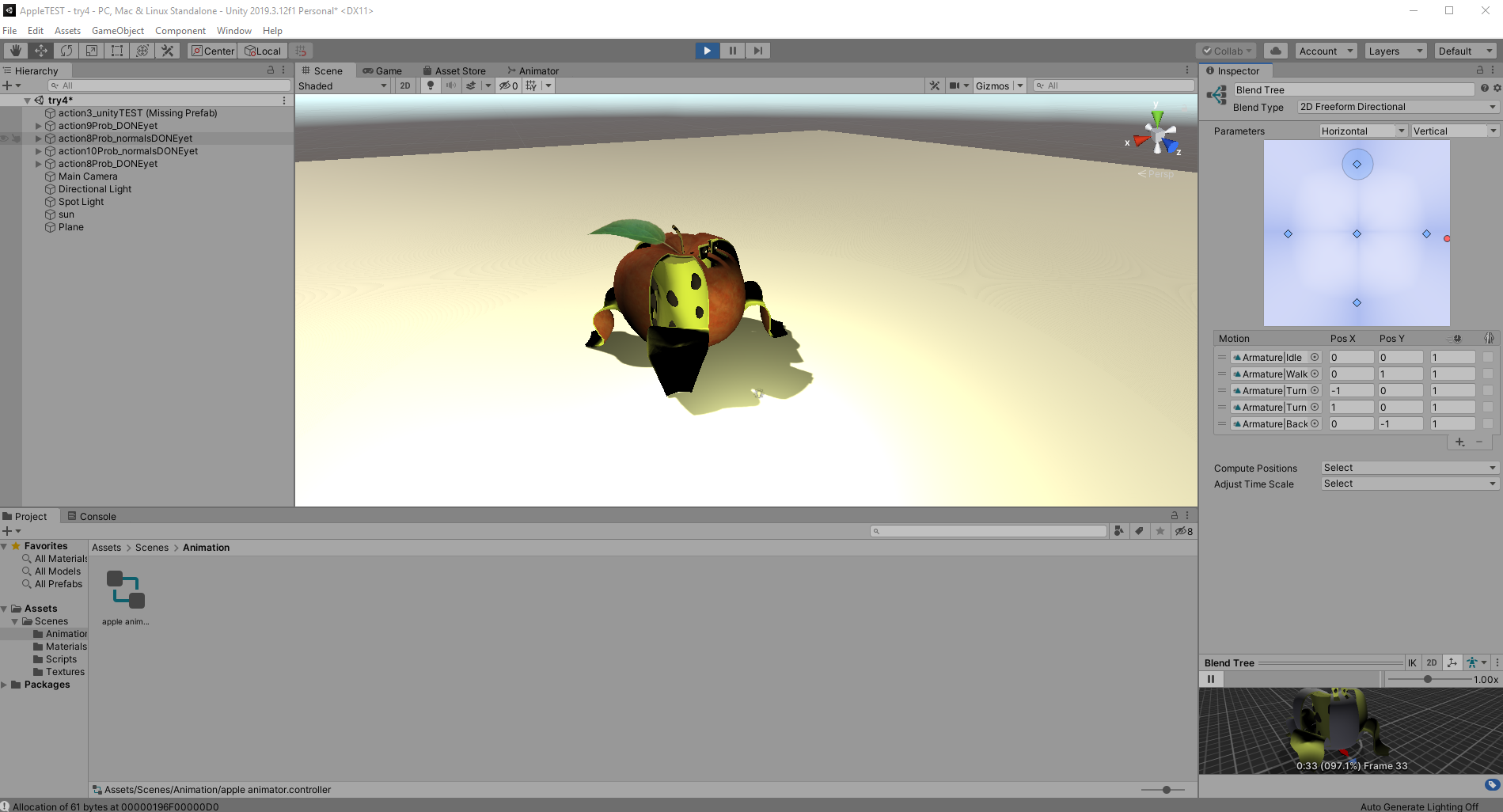 Next I tried adding the following C# script with basic movements: 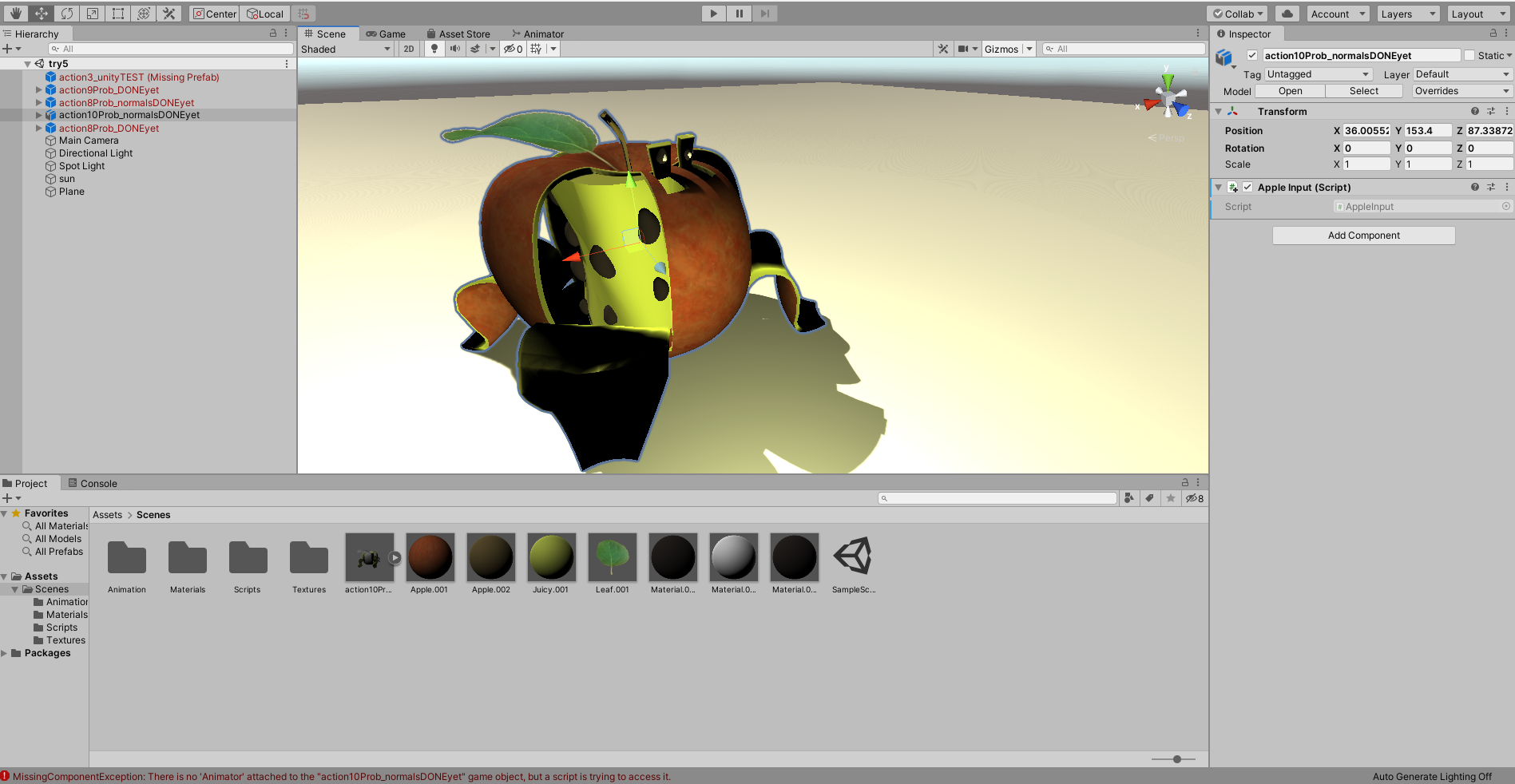 But then I get the error message:

MissingComponentException: There is no 'Animator' attached to the "action10Prob_normalsDONEyet" game object, but a script is trying to access it.

You probably need to add a Animator to the game object "action10Prob_normalsDONEyet". Or your script needs to check if the component is attached before using it.

How do I solve this error?

...says "find an Animator type component attached to the same GameObject that I (AppleInput) am attached to.

But as we can see in your screenshot, you don't have an Animator component on the object "action10Prob_normalsDONEyet". So this line is returning a null (really, a special dummy component that the Unity Editor uses to give you better error messages when testing).

When your Update code tries to use the animator like so:

Then you get the error message: you tried to call SetFloat on the absence of an Animator.

The fix for this will depend on your setup. If you already have an Animator, but it's somewhere in a child object under this one, you can either:

If you don't have an Animator component anywhere in the object hierarchy, then it's time to add one to the object with the AppleInput script, so it can find it where it's trying to look for it.

Note that this is one of the most common beginner errors in Unity, so just searching "MissingComponentException unity" will turn up tons of existing answers and documentation about it. So please always make that your first step when troubleshooting an error message.

Not the answer you're looking for? Browse other questions tagged unity c# animation or ask your own question.

0
Why is the character not walking right when creating new animator controller for the character?
0
Dynamically Changing GameObject makes NullReferenceException(C# Unity)
0
Player tag does not respond to AddForce
0
Why when drawing a box using LineRenderer the connected points of the lines is not complete?
0
Player light color he collects before checkpoint is getting reset when he restarts at checkpoint
0
Unity RTS Single Selection Problem