I am working on custom 2D engine for a game.
I am having trouble figuring out a working system for sprite drawing-order sorting for this specific game. 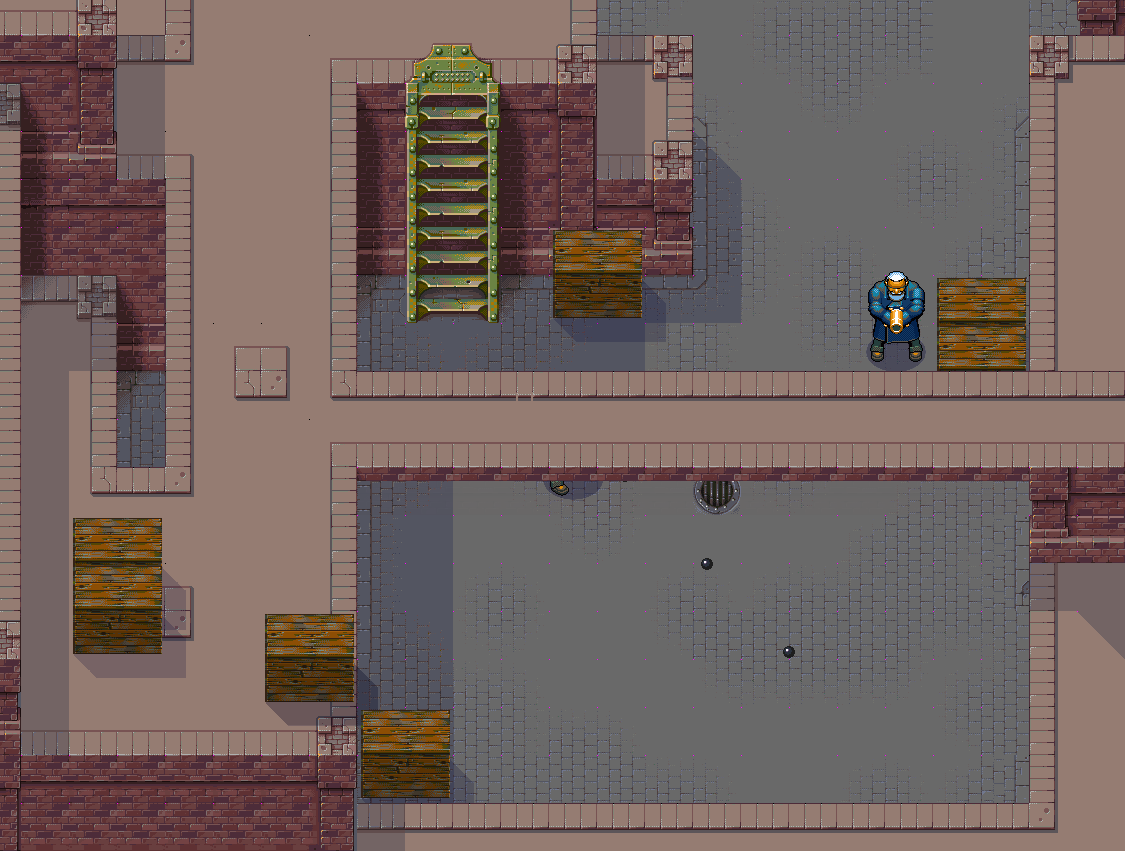 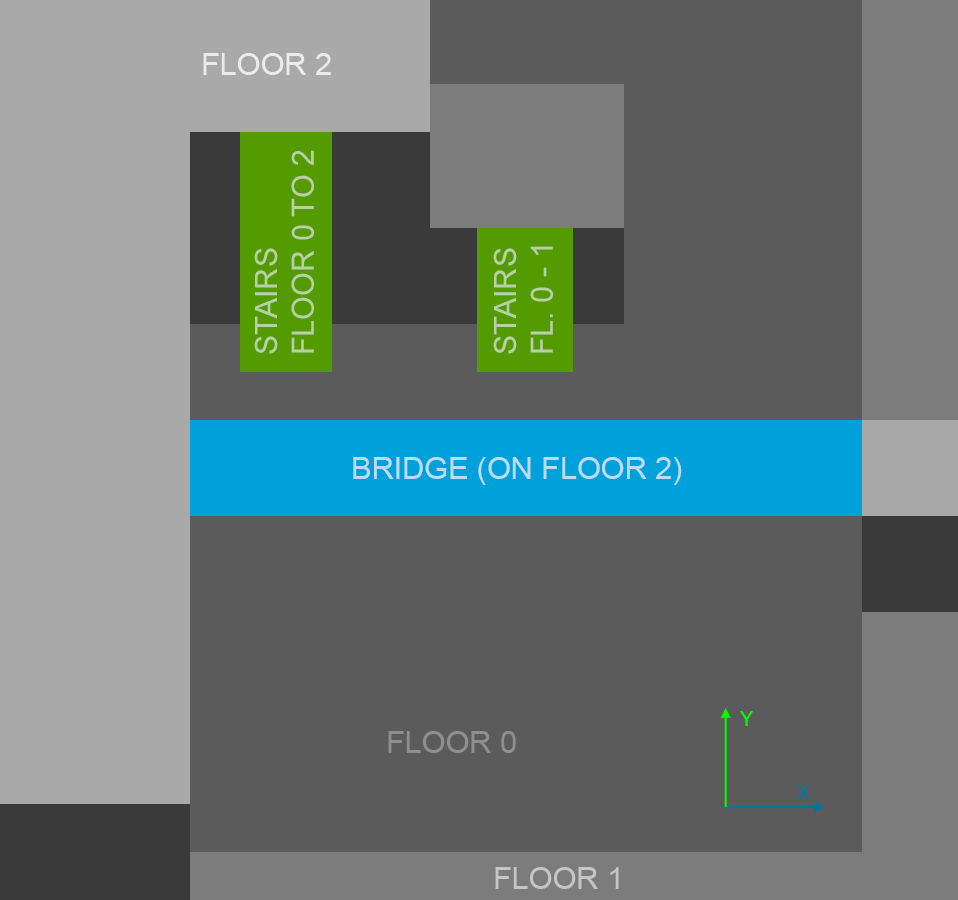 Entities that need their sprites sorted are Characters, Objects, Bridges.
Visuals (tiles) that make rest of the game level, are rendered first (under everything else) in one pass, and don't need any kind of sorting.

What I tried so far:

Problem with this is approach, that Floor has to have a hard edge.
Each Character is at one point on one and only one Floor.
When two Characters are close enough together on Y axis to overlap, and each one is on a different Floor, this happens: 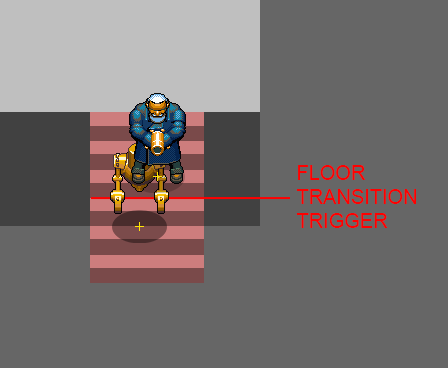 Problem with this is approach is one of problems of Painter's Algorithm: the distance to camera is calculated from position of center point of the rectangle.
The bigger the rectangle, the more imprecise the calculation.
If the rectangle is big enough, it will start wrongly overlapping surrounding rectangles.
Characters on different heights (elevations) are often sorted wrongly.
Also if the Bridge is wide enough on Y axis, it will be wrongly sorted between Characters on and under the Bridge.

V3. I can make the game fully 3D
and use Z-Buffer, that is made to solve the problems mentioned above.
But before I make that leap, I would like to be sure I explored all other (2D) possibilities.

I searched the internet high nad low for any tutorial or article on this, and surprisingly didn't find a single one that would fit my case.

I will be very grateful for any advice.

Do you have a tile layer system? You could set it up where each layer is drawn in order. The transitions could be handled by a rectangle trigger and temporarily drawing a character/movable object twice, one for the exiting layer and once for the entering layer. Since they are being drawn on top of each other it should be invisible.

Not the answer you're looking for? Browse other questions tagged 2d sprites sorting .

2
Calculating camera zoom value (top-down)
1
Top-Down mapping with GLEED2D: Collision and Faux 3D
2
How do I handle walking up and down bridges at any angle?
2
Movement on objects in 2D tile/grid based game
2
Top down 2d orthogonal view with 3D elements (Unity)
0
How to manage changing Z-Index in an Entity-Component-System?
6
How does a game like Enter the Gungeon handle forward and backwards movement with their orthographic set up?
0
Sorting layer issue with multiple sprites and a Tilemap in Unity
0
How to handle player slowness while moving up and down in a Top Down game with angled ortho camera and angled sprite due to stretching of ground?