Issue with Sorting Layers with an NPC and Tilemap

I've double checked my sorting layers, they're all where they should be. I've checked the camera's culling mask, it's fine. I've checked to see if there are any weird components on anything in my shop scene, and there aren't

See the image attached, this is the same instance of the game, just different times when I enter the Arcanist's Shop. 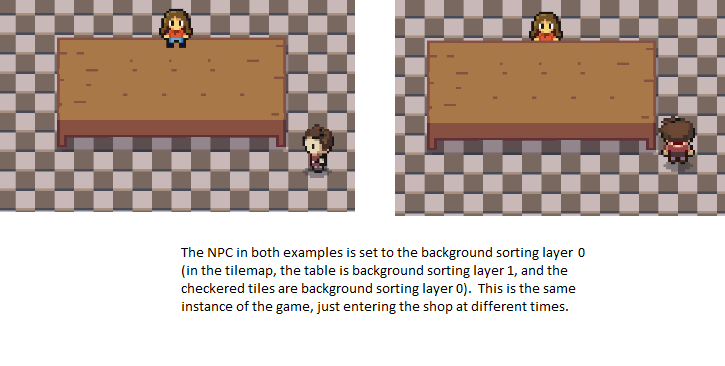 Screenshot of my tilemap setup: 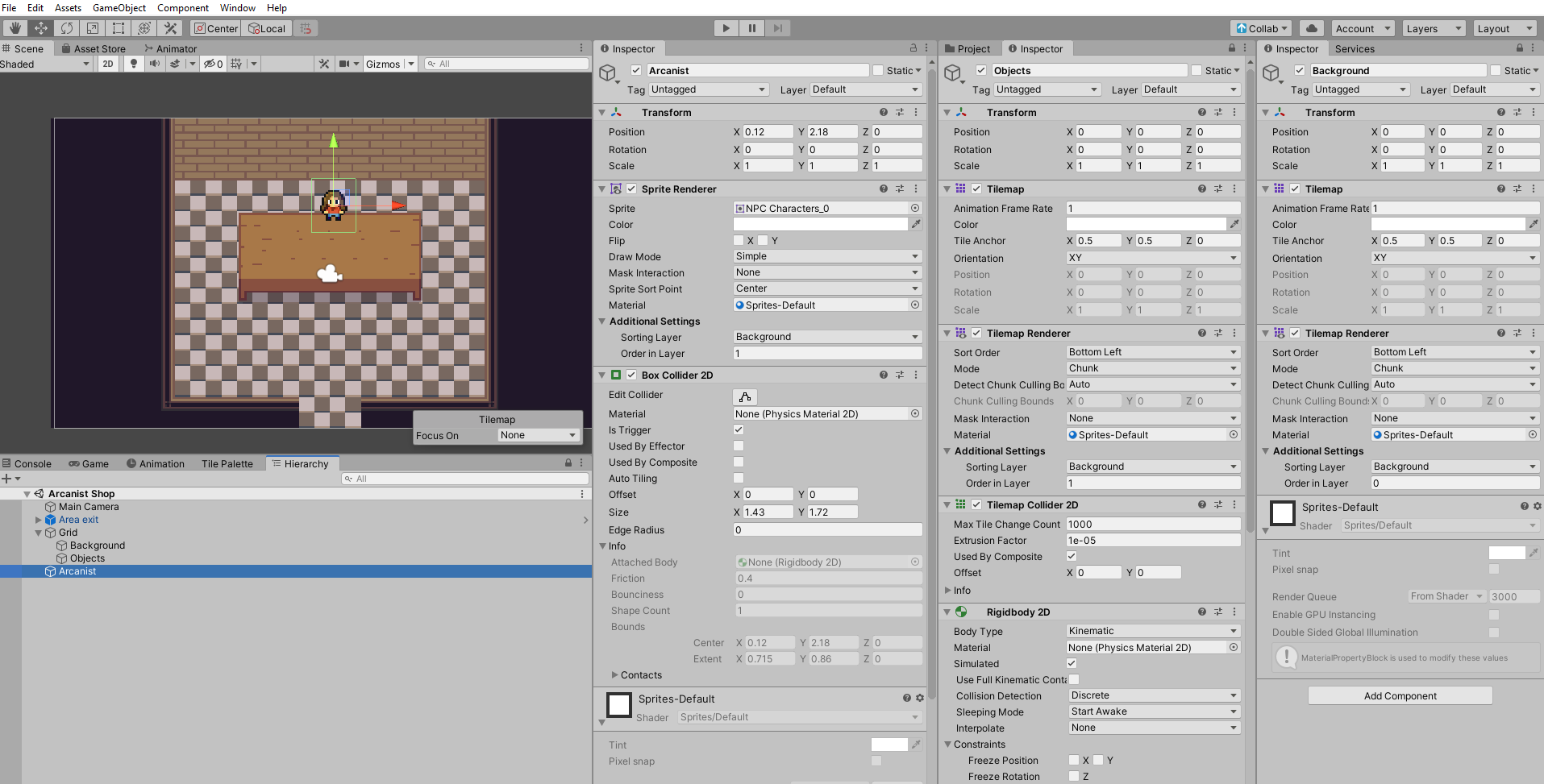 I see you're using the default "Chunk" draw mode for your tilemaps. As noted in the documentation for Tilemap sorting:

When set to Chunk Mode, the Tilemap Renderer handles Sprites on a Tilemap in batches and renders them together. They are treated as a single sort item when sorted in the 2D Transparent Queue. This reduces the number of draw calls to improve overall performance, however other Renderers cannot be rendered in between any portion of the Tilemap which prevents other rendered Sprites being able to interweave with the Tilemap Sprites.

So this could account for the behaviour you're seeing. Depending on an arbitrary decision made by the chunking logic when your scene is loaded, the table might get built into a chunk that's wholly in front of, or wholly behind your NPC, with no ability for the NPC to get wedged in-between these elements.

So, you can instead set your objects tilemap layer to "Individual" draw mode - at the cost of more draw calls, but more fine-grained sorting behaviour.

Then be sure to set your sorting behaviour: Edit > Project Settings > Graphics > Transparency Sort Axis

Set it to Custom Axis, with a positive y, so that sprites higher up on your screen render behind objects lower down. (Here I also left the z-component set, so I can also fudge the sorting order by moving objects on the z-axis where needed)

With the individual draw mode and custom sort axis set, your NPC will be drawn behind tiles that are lower than them, and in front of tiles that are higher than them on the screen (you can choose in the sprite settings whether to sort based on center point or the sprite pivot for even more control)

Not the answer you're looking for? Browse other questions tagged unity 2d rpg sorting .

9
How do I visualize parallax layers in a level editor?
2
NPC daily routines and scene loading
0
Raycast Masks not working Unity3D
1
Unity - blur on one camera effects the other as well