Unity Profiler - How do I correct Audio (WASAPI) Feeder issues?

I've got the following data after running the Unity Profiler: 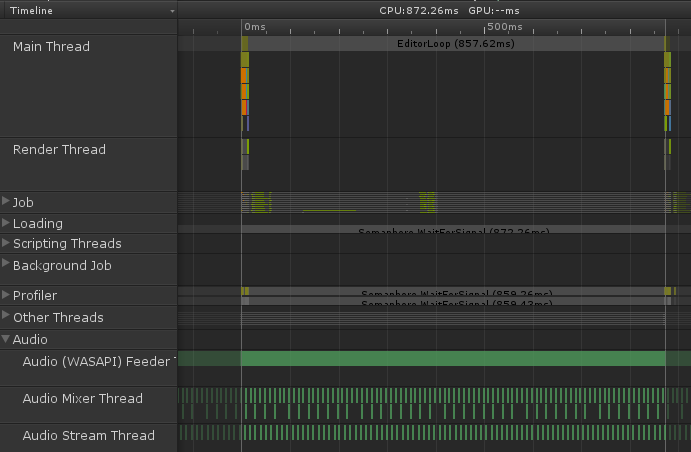 If I'm reading this correctly, the thing that's driving me down to ~1 FPS is the CPU Audio. I can't understand what's going on here, though, because there isn't any audio in my game right now.

tl;dr: The Audio (WASAPI) Feeder isn't doing anything; it's just sitting idle. Something else is using the time and, spoiler alert: it's the GPU.

Here are the steps:

For me, I am developing on a laptop with a mobile version of an nVidia card, which seems like might be the reason for the GPU profiling error, and then I'm guessing that error is why GPU wasn't listed with the other profilers.

I noticed that "Other" took all the time in the GPU, but I realized later that "Other" is the editor, because I was using the Scene window to move around the scene. When I clicked over to the Game window and moved the player camera through the scene then the GPU rendering went from "Other" to "Opaque."

Finally, here's where the Graphics Jobs (Experimental) setting is located: 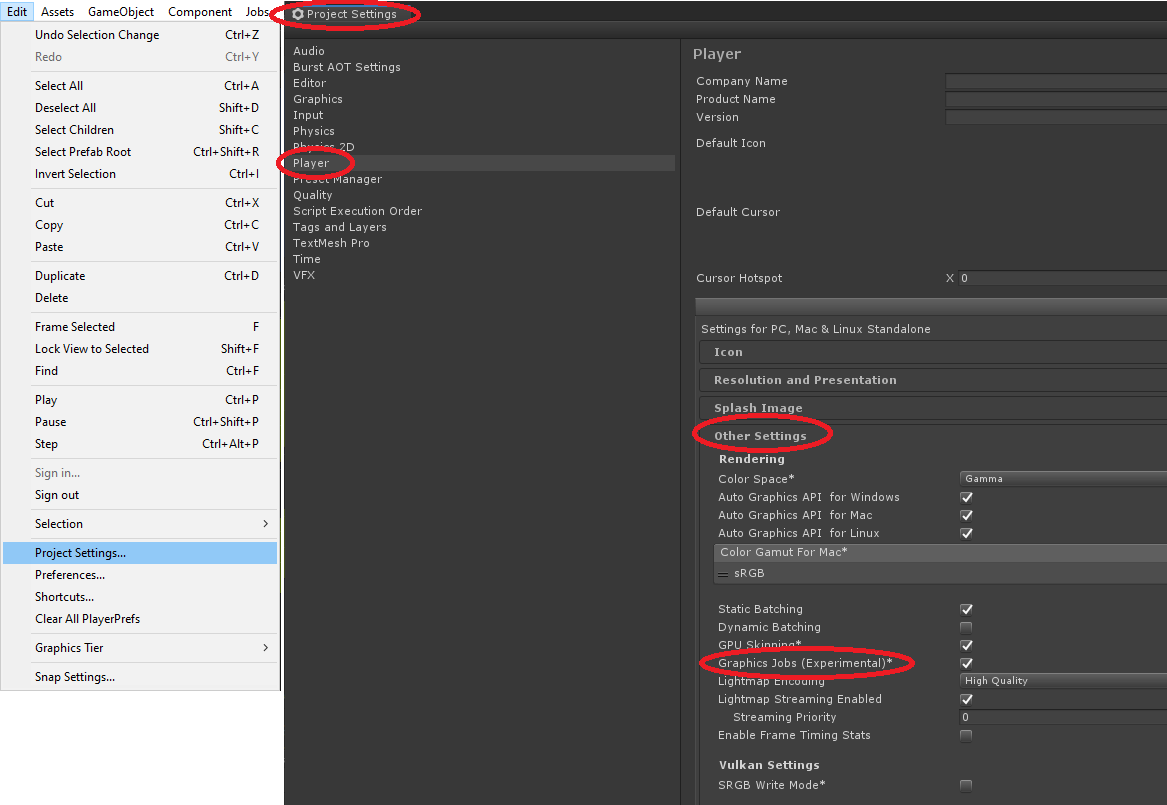 Not the answer you're looking for? Browse other questions tagged unity audio profiling profiler or ask your own question.